The walk from Adams House, the home in which I spent three years, to our Independent meetings each week, where I spent three and a half, would often be moments of clarity with ample time to reflect. Although it is challenging experiencing graduation so far from campus, I take this article as a chance to walk that path one last time, reflecting on the myriad of experiences that made the Independent so pivotal to my time at Harvard.

As I rush through the side entrance of Adams, concerned yet again that I have overestimated its proximity, I think about the weekly sprints that would begin each Wednesday afternoon, full of adrenaline from the prior week’s publication. It was at these moments, looking ahead at the blank canvas that would be peppered with ideas from our staff, that the excitement for the potential of a new issue took over. This excitement, while arising occasionally in an academic context, was one that I was grateful to experience repeatedly due to the weekly nature of the Independent: one in which both the successes and challenges of the prior week were momentarily forgotten, and the unlimited potential of each issue took over.

As I round the corner, I glance briefly into Tatte, seeing the constant energy buzzing within its tight spaces and clustered tables. The conversations I had with each staff and executive board member were the ones I will both cherish and miss the most; the Independent’s success and growth is a function of its people, and I was lucky to surround myself with a group of the most talented and passionate ones I could hope to find. From early-morning dining hall meetings to frantic late-night texts, the interactions with everyone from our President to our newest comper taught me news ways of analyzing a topic, unique perspectives to take on a situation, and methods to understand what was really going on behind the scenes.

As I head further down Massachusetts Avenue, passing the Smith Campus Center, I stop briefly to think about my first moments with the Independent. Although it took years to recognize, I remember now realizing what was so special about those initial few months. While I was most definitely awestruck by the legacy and historical success of the Independent, I never felt small in the face of an organization with such reputation. This is a direct testament to a culture I will always miss and forever try to recreate; it was one in which, even as a comper, the staff and executive board always made me feel valued, with a real opportunity to contribute. More than even that, I could look to the EiC at the time, Caroline, and President, Daniel, and know that they were both friends and family. The respect the Independent granted me at the time gave me the ability to grow my voice both within the organization and in my life as a first-year, and I will always be grateful.

As I reach the middle of Harvard Square, surrounded by students, professors, and visitors alike, I am reminded of our 50th anniversary celebration event. While I cherish the little moments that made my Independent experience so unique, I will forever appreciate that my time with the Independent coincided with the 50th anniversary. Sitting at a table with the original founders, surrounded by reminiscing stories and familiar smiles, I was transported back in time–and as I look back on my time with the Independent, missing it evermore from home, I take solace in knowing that the executive board and staff that I am moving on from will someday reunite in a similar back room, with a new set of familiar stories. 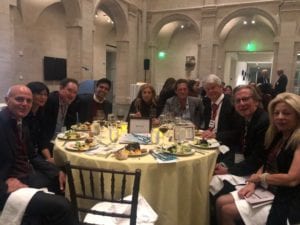 As I tread the path leading up to our offices, I am reminded of the Campaign for Independence—our mission to raise a million dollars to lease our own office—and the challenges we withstood and persevered through in reaching this moment. As the entire Independent community rallied with us, I was reminded yet again that I was a part of something far, far bigger than our own weekly publications. The strength of hundreds and thousands of such individual loves for the Independent, such as mine, together facilitated one of my happiest memories: walking into our own place for the first time.

And as I step over the threshold into our offices, I know that I am home. A home I know that exists far more than just in memory.

Tushar Dwivedi ’20 (tushar_dwivedi@college.harvard.edu) served as Editor-in-Chief of the Independent from 2018-2019.