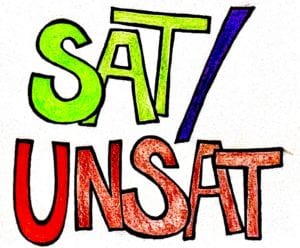 From Caesar’s wife to the Virgin Mary, history is full of things which must, for one reason or another, remain above reproach. I would add Harvard’s grades to this category. The American education system gives students and educators an incredible amount of freedom, and it takes only a moment glancing through Harvard’s course catalog to appreciate the result, but with that freedom comes a requirement for trust deeper than in most other systems. In a system like British high-school education, geared towards national standardized tests—imagine an entire school teaching nothing but AP classes—we can lean on an impartial exam board, which gets paid just the same no matter any given student’s grade; in the American system, the only examiners are the teachers who prepare the students for the same exams. If Harvard is to remain as respected as it is, its professors must always make efforts to give their students no better and no worse grades than those which they deserve.

What it means to deserve a grade is of course contentious, and it has never been more contentious than now. University administrators are committing unprecedented overuses of the word “unprecedented.” Students are scattered across time zones and living situations. The administration has decided to respond to this by grading all courses “Emergency SAT/UNSAT,” a sort of variation on the regular SAT/UNSAT system normally reserved mostly for seminars and tutorials. (C- or above is SAT, which is a passing grade; D+ or below is UNSAT, which is a fail.) On the surface, this seems like a great idea, giving struggling students an easy, unstigmatized, out. However, I would argue that it makes one fatal mistake: it destroys trust in the grading system.

By their very name, “Emergency SAT” grades are unusual. With luck, students should not receive them again for another hundred years or so. This means that they cannot be easily compared to other grades. SAT means SAT, A means A, Fail means Fail, but “Emergency SAT” is something else. Beyond that, SAT/UNSAT is normally a slightly less generous version of pass/fail grading. Harvard, in starting from a grade system designed to allow students to not stress, and then sticking “Emergency” on the front of it, is telling professors, whether it means to or not, to take it easy on the students. No one, the implicit message goes, will receive an Emergency UNSAT.

The lack of a high-achievement grade, on the order of an A or a summa cum laude, further devalues the new system. If all students are ranked “Perfectly OK”, then the conclusion is not only that Harvard is unable or unwilling to rank any as “Poor”, but also that it is unable or unwilling to admit that any are excellent. Four classes of students will have a semester in which they could have excelled but were refused any proof of it. This badly hurts students in the short term: some are reliant on grade-based scholarships, while others suddenly find themselves unable to pull their GPAs above the threshold required for certain job or graduate applications. In the long term, it casts into doubt Harvard’s definition of academic excellence, since apparently no such excellence can arise during a time of pandemic.

The alternative is simple: keep the grading system the same way it was in the first half of the semester, and give the students the opportunity to talk to their professors individually. Let the Registrar’s Office and the FAS Dean make it known that they are willing to intervene on behalf of any student with extraordinary problems and uncaring teachers. Let Harvard’s faculty grade their students, taking into account the situation as well as the raw marks, as they have done for centuries. This is what they are here for.