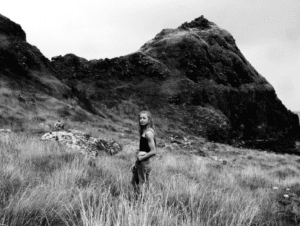 Work of The Week

Liv Farrar is a Junior in Cabot House, originally from Rochester, New York. She studies English and the History of Art and Architecture, and spends most of her mornings and afternoons rowing for the Harvard-Radcliffe Varsity Lightweight team. Around campus, Liv can be found doodling, camping in Darwin’s, and playing with dogs in the quad. Off campus, Liv is a big fan of hikes, drinking pina coladas, and getting caught in the rain.

“Tell us about your piece of art, and describe your source of inspiration.”

“Things We Did on the Last Sunday of Existence,” is an exaggerated, dystopian version of the bittersweet of nostalgia and memory. The story is supposed to say something about what it means to both remember—and forget—the people, the places, and the rituals that you love.

Stories are my way of accessing. They provide a medium for understanding and exploring moral questions. I believe that writing fiction is a lot like the “content effect” in deductive reasoning. For most people, thinking in terms of abstract symbols complicates logic; but when you give a problem meat in the form of fleshed out details, it becomes more natural. More solvable. In ethics, “thought experiments” construct valuable generalizations from which overarching principles can often be abstracted. In many ways, however, they’re closed systems; they map one size-fits-all answers onto ethical problems. Fiction, on the other hand, is constructed as its own disparately complete version of reality, where the logic of story is both internally-self consistent and boundless. Stories provide necessary particularization, which can offer really meaningful solutions to ethical problems. After all, every moral problem is highly context-dependent in the real world. Plus, we need “content” to be rational thinkers; in our daily lives, we never experience events as stripped-down systems, like the “trolley-problem” in ethics. We experience them as interwoven chains, with largely irreducible personal, social, and moral consequences.

That’s why I study English. Romanticizing aside, I have always believed that stories have the capacity to offer us space for working out difficult moral and emotional questions. So, that’s where “Things We Did on the Last Sunday of Existence” came from. Thinking about memory, religion, and ritual, and wanting to create an extended thought-experiment where these ideas had the space to grow. 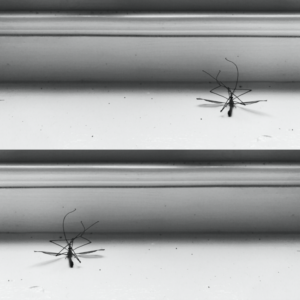 Things We Did on the Last Sunday Morning of Existence

On the very last Sunday morning in existence, Paul and I both woke up early.

In sleep, Paul’s breaths were long and sure against my back, a patient metronome. In the darkened bedroom that morning, there was a stillness on my skin that told me he, too, was awake. For a long time, we laid there like that: both aware of each other, both unspeaking in the black. I knew what he was thinking, and somehow, I was sure he knew what I was thinking too. After this moment is broken, there will be no more like it. We will never awake to each other’s bodies on a Sunday morning again.

After a while, I pushed the sheets off and padded downstairs. The sun was just beginning to rise, casting pale pink shadows of light across the breakfast-table. I hummed some inexact tune as I poured Cheerios into a bowl, a song my father had made up nearly a century ago. The milk carton was too heavy for me, and after three tries, I gave up. A brief, now-familiar sense of panic filled me; every day, my muscles fade like a dimming light. As the sense of helplessness expanded, I closed my eyes. I breathed. I put the milk back in the refrigerator next to the cream. Breakfast must go on.

As the song of the dawn chorus seeped through the screen door, I began to make a game out of my cereal. Like my father’s song, the game is a fossil of a very distant past—one covered by layers of years, like the ever-building strati of sediment. One by one, I pressed the dry Cheerios onto the wrinkled pads of my fingertips, seeing how long they would stick before dropping them on my tongue. In my mouth, I let them dissolve slowly into chalky starches and sugar. Without the strength to do things like pick up cartons of milk, all I have now are these little games. They remind me what the past tastes like. Cheerios and rock dust.

Outside, the sun had climbed past the horizon line, and the last afterglow of sunrise was beginning to ebb away. The floorboards upstairs creaked with Paul’s footfalls, and I put a pot of water on the stove for coffee. This was part of our ritual: there were always two hot mugs waiting on the breakfast-table when Paul came into the kitchen.

“Morning,” he said in his sweet, gravelly monotone, and the changing tenor of his voice reminded me of a newly gnawing feeling. How have I lived with the same man for most of my adult life, and yet allowed his aging to somehow slip past me? Paul seated himself across from me, and beneath the windowlight, his face was worn linen.

Over the years, our mornings have opened like this: Paul reads the newspaper. I don’t. When I was young, the big black letters on the front of the paper seemed to twist themselves into the treads of shadowy stairs when I looked at them—stairs up to some dark attic full of dusty opinions and old-person thoughts, ideas entrenched in what Paul, a former history professor, called an “ethos of learning.” Of past. How the narrative of today can be positioned within the framework of history. Now, no ideas are to be evolved from past ones: the New Secularists have forbidden it. Of course, they allow the progress of science and medicine and technology. How could they not? They were, themselves, born from the cradle of innovation. But, in philosophy and religion: there is to be no more past. The Now is all they permit. That’s why—why today is to be the final Sunday in existence.

No one knows how long Sundays have existed, exactly. At the dawning of every new age there is a resistance movement, but there is only the thinnest of a counterculture today. The New Secularists are the Now. There is no freedom fight in opposing the present. Still, the few remaining scholars of the Before—people like Paul, who in the 21st century made their living off the records of previous things—say that the practice of continuous seven-day “weeks,” removed from the phases of the moon or other natural markers of time, began somewhere in the 6th century BCE. Dates and numbers are slowly becoming meaningless to me; after all, the New Secularists have purged the world of timekeeping, of chronology that is unrelated to metrical science. Still, with what little shreds of memory even Paul retains, he tried to explain: יום ראשון, yom rishon; الأحد, al-ahad ; یکشنبه, yek-shanbe. These symbols, these shreds of language across place and time, have all meant “first.” A beginning. The spool from which the week unwinds. At some point, these “first”s became “Sunday,” a word derived from the astrology of a culture neither Paul nor I can remember the name of—still, a name which meant, simply, “day of the sun.” Day of the sun, and Paul and I had seen our final Sunday sunrise.

There is no longer a need for Sabbath. Just as the New Secularists have disintegrated philosophy and religion from the Now, they will exorcise the Lord’s Day from this reality. The days of the week have been renamed; the concept of finite, repeating six-unit stretches of time will be kept, if only for practical purposes. But there is to be no past, no history, no fragments of ritual. There is only the ever-churning Now. Sundays, and the ritual of the “first,” no longer fit.

Paul shook the pages of the Now Times, and I watched the blue veins of his hand and thought: how are we to fit within this new world? Together, we are only past. I looked into my coffee.

“What should we do today?” Paul asked me.

I knew what he was really asking: what did we do, on a today? On a Sunday today, a Sunday from our last forty years together?

“We should…” I began, and slowly, I remembered: yellow sunlight trickling through oak leaves, tracing lattice-works on bed pillows; soft touches, familiar shivers from the body laid beside me; grease burning at the edges of a black pan, the smell of frying bacon and johnnycakes; coffee-steam, sippy-cups of orange juice in little fingers; woodsmoke from a newly-stoked fire, twining through the shared laughter of full kitchen; book pages, the background burble of some game that is no longer played, on some early model of two-dimensional television that is long-out of date; the jumble of gathered bodies, piling into some car, some early model of transportation that is too slow for the incessant churn of the Now; incense and candlewax and the hushed breath of hundreds against my neck, in some old building the color of wood-pews and pooled light through stained-glass, a building of humbly repeating ritual…

The slow expand of a Sunday.

These things fell into place again in my mind. Bits of memory, crumbling like falling rock from the side of some great cliff. The cliff-face of a mountain Paul and I had climbed together.

Paul looked out the window.

The New Secularists had allowed this one final Sunday. One last day to remember songs from a century ago, to remember the rhythm of family, to play the games of past rituals.

Somewhere outside the warm familiarity of our morning, of our coffee-mugs and breakfast-table, bells were tolling. Bones slow, I stood up and walked around the table. As Paul sat, staring out at some future he couldn’t see, I kissed him. Softly: just the top of his head, covered in brown liver spots and moles. So few layers of skin between lips and skull.