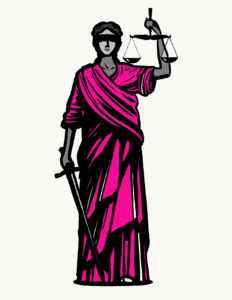 The End of Weinstein’s Run

The significance of the Weinstein case in the #MeToo era

Last week, Harvey Weinstein was found guilty of two felony sex crimes following a historic case which has spanned over four years. The jury found Weinstein guilty of felony rape and sex crime, but acquited him of the predatory sexual assault charges – arguably the most serious ones. With Weinstein now awaiting his sentencing on March 11, 2020, which could be up to 25 years, many of us are left pondering the significance of this case within the scope of the #MeToo movement. A man who has seemed to operate above the law for decades on end has finally been held accountable; sexual assault victims are feeling heard. While many details of the case have faced criticism, it is undoubtedly a turning point for sexual assault cases.

Allegations against Weinstein came under the spotlight after the New York Times published a detailed story with multiple allegations from women across Hollywood. These allegations ranged from sexual assault, manipulation and harrasment. Weinstein issued an apathetic statement and was later sacked by his company on the basis of ‘misconduct’. Following this, an onslaught of more allegations and statements were made – including rape allegations. Among these women were successful actors such as Gwyneth Paltrow and Angelina Jolie. As investigations began in the US and UK, the media grabbed wind of the scandal and began to feature these victims, giving them platforms to share their stories. Weinstein turned himself in and was released on a $1 million bail. The trial process finally began in early January of this year based on charges concerning two victims, but the jury also heard from multiple other victims. After five days of deliberation, the jury found Weinstein guilty of a criminal sexual act in the first degree and third degree rape. However Weinstein is acquitted of first degree rape, as well as predatory sexual assault – charges which would have led to a life sentence.

Annabel Sciorria, one of the victims of the sexual assault charges, has released a statement on what the charges signify to her. “My testimony was painful but necessary. I spoke for myself and with the strength of the eighty plus victims of Harvey Weinstein in my heart,” Sciorra said. “While we hope for continued righteous outcomes that bring absolute justice, we can never regret breaking the silence. For in speaking truth to power we pave the way for a more just culture, free of the scourge of violence against women.” Another victim, Zoe Brock, released a statement saying, “This changes everything for sexual assault victims all over the world. It proves that [Weinstein’s lawyers] can no longer victim shame and blame and treat women on the stand as the guilty party and get away with it. It proves you can be in a consensual relationship with someone and still be raped.”

In 2006, Tarana Burke coined the phrase, “Me Too,” as a tool to help women survivors of sexual violence. A decade on, the slogan caught on, with many high-profile celebrities using it in the anti-harassment movement which Weinstein’s scandal sparked. The slogan has empowered women from all over the world, and from several different professions and industries to speak out against the manipulation which is inherent in so many workplaces. Speaking to Ebony Magazine, Burke remarked, “It wasn’t built to be a viral campaign or a hashtag that is here today and forgotten tomorrow. It was a catchphrase to be used from survivor to survivor to let folks know that they were not alone and that a movement for radical healing was happening and possible.”

It’s hard to come to a solid conclusion about the verdict in isolation. On the one hand, factually speaking, the goal of the prosecutors, to convict Weinstein of the five charges wasn’t met. Weinstein was only convicted for two of his charges. The language around sex crimes is vague, and thus the more serious charge of first degree rape was not successful. Many say that the verdict was too soft – with the possibility that Weinstein comes out in a few years by the soonest. However, looking at the case from a wider viewpoint it signifies a turning point within the #MeToo movement. The case is monumental, as it sets a precedent for future sexual assault and harrasment in the workplace, and it did so in a public way. The prosecution’s case was mainly composed of victim statements, rather than physical and forensic evidence. Weinstein’s defense used the common rebuttal that encounters were consensual, using the pretext of professional relationships as an excuse. The emotional testimonies of six women, however, triumphed over the defense’s attempt to cover the assaults. The sheer volume of testimonials against Weinstein, outside of the courtroom too, undoubtedly played a part in the verdict. “These are eight women who pulled our justice system into the 21st century,” Manhattan District Attorney Vance told a swarm of reporters after the hearing. It’s rare for women to win such cases against powerful men, never mind in a case as large as this one.

What do Harvard students think about the case? A representative from OSAPR (Office of Sexual Assault Prevention and Response) commented: “Cases like Harvey Weinstein’s create ripple effects in our communities, often generating reactions, emotions, and activism. In the midst of the larger national dialogue and response, we hope people find space and time for themselves and connect with appropriate resources, whether it be OSAPR at Harvard, friends and loved ones at home, or others in the community invested in healing. I hope the national attention that Weinstein’s case garners continues to motivate society to reflect how we can do better.” Nyasia Jordan ‘23 reflected, “Weinstein’s conviction means that people cannot use him to try and absolve Bill Cosby and R. Kelly of their sexual assault records.”he Harvard community, similar to millions worldwide, recognizes the case as a step in the right direction to create safer communities, as well as systemic legal change.

But above all, Weinstein’s case has shown how powerful the sharing of stories can be in the face of hardship. Women who had lived in fear and intimidation for decades suddenly felt empowered to share their stories, due to the existence of people with shared experiences. The knowledge of knowing you aren’t suffering alone can be not only healing – it can be revolutionary. As the social advocacy group Time’s Up said: “Abusers everywhere and the powerful forces that protect them should be on notice: There’s no going back.” The Weinstein case shows how the law can fall short in certain areas, and how the credibility we give to shared experiences can suffice. Real change can be brought about when individuals share their stories. Real change occurs when the world is willing to listen.

Mayi Hughes ‘23 (anandamayihughes@college.harvard.edu) shares her thoughts on a historical case and movement.