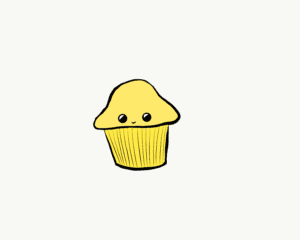 Days celebrating random objects or actions are a dime a dozen. As you would expect from an internet used to making the same old jokes over and over, December 30 is International Bacon Day. February 7 this year was “Wave All Your Fingers At Your Neighbors Day.” National Muffin Day, refreshingly, is a little bit different.

In 2015, Julia Levy interviewed Jacob Kaufman, a San Francisco tech lawyer, about his muffin philanthropy. Every week, he baked a batch of muffins and ran through the city giving them to homeless people. Kaufman and Levy had the idea to take this nationwide, and National Muffin Day started raising money. They estimate that volunteers have baked and delivered more than 15,000 muffins across the country over five years. For everyone who makes and gives away a muffin, they donate money to charity. So far they have raised tens of thousands of dollars. Including his original weekly runs, Kaufman has so far baked over 4,500 muffins, and he shows no intention of stopping.

The timing of National Muffin Day is strangely vague. A source which Kaufman and Levy call only “the food dictionary” places it on February 20. This year, it falls on March 1. Whatever the timing, we at the Independent will always support reminders such as this: you don’t need to be a trillionaire to volunteer and make a difference. In celebration of this fact, and of the equally important fact that muffins are delicious, we have reviewed some of the most famous ones from around Harvard Square. (Muffins, that is, not trillionaires.)

DARWIN’S OUT OF STOCK – NO DATA AVAILABLE

I walked all the way to the Darwin’s on Mt. Auburn, and they were out of muffins. Apparently, the daily offerings are blueberry, morning glory, double chocolate, white chocolate, and orange cranberry. Severely disappointed that I didn’t get a taste.

I give this muffin 1.5/5 stars. Yes, this is harsh, but I have standards, and paying $3.50 for a dry muffin was not my expectation from an establishment of which I have a generally good opinion.

Before I went, it was recommended to me to try the Vegan Banana muffin. I stood in line with high hopes, even making small talk with my TF who had forgotten my name. On display, there were several flavors of muffins, and to Pavement’s credit, each sounded delicious and looked massive.

When I stood at the register, instead of asking for the Vegan Banana muffin, which my friend believes to be the best muffin on campus, I asked for the most popular flavor. The man at the register directed me to the pistachio muffin, so I bought that one on impulse.

Typically, I am a friend of pistachio, but the quality was honestly subpar. The texture was not great. My first thought was that the muffin was dry and borderline rubbery. There was a bit too much crust, implying that they had cooked it for too long. To cap it off, for a pastry promising pistachio, the flavor was disappointingly faint. Ironically, the best thing going for it was its massive size; however, the quantity was at expense of quality, as commented on above. Pavement would benefit from decreasing the size of their muffins to avoid compromising muffin-like texture. Paul Hollywood would not be offering a handshake on this one.

For your average muffin or morning hunger, this will suffice. Would I take my parents here for Junior Parents’ Weekend, though? No.

Let’s face it: despite being gluttonous, buttery, and the keto-Antichrist, ~the muffin~ is an American institution; a time-honored classic. Today, on National Muffin Day, I have chosen to pay my respects in the form of a review, a meditation on the muffin, if you will. On this special occasion, I have reviewed the Atomic Bean Cafe’s corn muffin. Upon ordering said muffin, the resident barista asked if I wanted it heated up, to which I enthusiastically responded, “Yes, please!” When the corn muffin arrived at the table, my eyes zeroed in on the muffin top: the physical and metaphorical “pinnacle” of the pastry, the pièce de résistance. (Note: This is also the trickiest element of the baked good to get right and thus has the power to “make or break” the muffin.) The Atomic Bean Cafe’s corn muffin-top to muffin-base ratio was severely lacking. In an ideal world, the muffin top dwarfs the base. In any case, the dome of any respectable muffin must be crusty on the outside and moist on the inside. In my humble opinion, this is what distinguishes the venerable muffin from its lowly cousin: the cupcake. I noted that the Atomic Bean Cafe topped their corn muffins’ domes with a sprinkle of coarse sugar – perhaps this was done to give the sensory impression of a well-baked muffin dome crust. At any rate, the differentiation between dome and base was meager, the dome lacked a robust crust, and the texture of the bake was disenchantingly monotone.

Although one dimensional, the muffin’s texture was acceptable. On the whole, it was appropriately buttery; not too wet, not too dry. I don’t have much to say regarding the flavor. It ticked all the right boxes taste-wise. The muffin was sweet, but not overly so, and while it edged on “cupcake territory,” I would still consider it to be well within the muffin category. Let it be known that baking the perfect corn muffin is surprisingly challenging; too little cornmeal and you have a cupcake, too much cornmeal and you essentially have a muffin-shaped brick. The coarseness of the cornmeal bits also plays a role in the texture. Unfortunately, the Atomic Bean Cafe’s muffin was certainly missing that characteristic cornmeal “bite.” As the muffin cooled, it hardened. At this moment, I realized the muffin would have been half as good (or rather, doubly as bad) if it wasn’t warmed up beforehand.

As a final note, to the credit of the Atomic Bean Cafe corn muffin, I did eat the entire thing, so it couldn’t have been that bad – a 2.5/5 stars rating will do.

HUDS corn muffins have been a staple of my life for far longer than the Independent has. I first encountered them in Annenberg and was, for want of a better phrase, joyfully perplexed. What were these strange beasts, so perfectly sized to transform a breakfast that would otherwise have left me slightly peckish into one that felt just right? And they apparently had corn in them. I was instantly hooked.

What I did not know at the time was the cultural force behind this particular food. Later, I learned that the men’s heavyweight crew team would have a plate of pastries delivered after every morning practice. The boats that got back first would have first pick, and those that returned later would have the rest, which were by this time fairly cold. Without fail, my sources confirmed, the corn muffins would be the very last pastries eaten. Cold corn muffins, I am told, have none of the attractive qualities of the warm ones.

A HUDS corn muffin, then, divides Harvard students into two very different camps. To some, it is always warm, crispy on the outside and soft on the inside, the perfect complement to a bowl of cereal or whatever it is that HUDS calls “eggs.” To others, it is a shame: the expression of a coach’s disapproval and the confirmation that you and your team have let the side down. It is a superior breakfast food, eaten by inferior breakfast eaters. I could never hope to bring about any satisfactory compromise between these groups, so I have no choice but to average 1 and 5 and give it 3/5 stars.

After the biting disappointment that was my journey to Darwin’s (the only thing that saved it from being a complete loss was my discovery that they keep the flavor pumps available for customers to use with their own judgment), I decided to travel back to the most trusty of coffee shops in Harvard Square – Dunkin’. Though many Harvard students turn up their noses at the chain store, I have found Dunkin’ to be the most reliable (and often most friendly) of coffee shops in the Square – particularly when my good friend and Dunkin’ store manager, Alaa, is on the clock. (I am, of course, referring to the Dunkin’ on JFK, NOT the Dunkin’ on Church Street. I cannot speak to any product sold at the Dunkin’ on Church Street.) And so, in thinking how delicious the doughnuts at Dunkin’ are, I figured that I would also give their muffins a shot – a pastry that I had never bought from Dunkin’, neither at home nor in Boston.

Upon entering the orange-and-pink coated shop, I was immediately hit with the all-too-familiar scents of coffee, sweets, and cleaning supplies. As it was already 10am – practically dinner time for a store whose employees arrive at 4am – I first checked to make sure that they had a few muffins in stock. But, being famous for its doughnuts and not its muffins, there were plenty left from which to choose.

I ordered the blueberry muffin – sold at an economical $1.79. I figured that since the only type of muffin that I ever eat is blueberry, I could best determine the quality of Dunkin’s muffin in relation to similarly flavored treats that I have eaten (and think of often) from other locales. After receiving my muffin, I raced out of the store and headed back to Winthrop dining hall to eat and assess my prize with my blockmates, who I hoped might offer some of their own insight into the quality of the muffin…

The Dunkin’ blueberry muffin is neither flas- hy nor delicate. Friend and peer Sage Nye ’21 commented that she “thought it was a raisin bran muffin” when I first took it out of its packaging. It was, admittedly, browner and crispier on the outside than most blueberry muffins I have seen, but I didn’t let that deter me. Once the top layer of the muffin was broken off and quickly consumed – I had skipped HUDS breakfast for this, after all – a sweet and perfectly moist bread was revealed. The blueberries seemed relatively fresh, and the dough was a wonderfully light – yet filling – consistency.

The center of the muffin was entirely enjoyable and definitely satisfied my craving for the blueberry-flavored pastry – even with the slightly dry, overcooked outsides. But the fact that I paid only $1.79 for this decently sized muffin, and that it was provided to me by the always-friendly Dunkin’ staff – made my appreciation for it complete. And so, it is with ringing enthusiasm that I encourage all Harvard affiliates to branch out from the typical chocolate frosted doughnut the next time they enter the JFK Dunkin’. And please, tell Alaa that I say, “Hi!” The Dunkin’ muffin takes the crown, with a seamless 5/5 stars.

Michael Kielstra ’22 (pmkielstra@college. harvard.edu) grew up an hour away from Drury Lane.

Graham Walter ’21 (grahamwalter@college.harvard.edu) should have taken the advice to order the Vegan Banana Muffin at Pavement Coffeehouse.

Lucy Hamilton ‘21 (lucyhamilton@college.harvard.edu) is the diabetic with a sugar addiction and will enjoy muffins at Atomic Bean Cafe anyway.

Jilly Cronin ’21 (croninj@college.harvard.edu) just added $10 to her Dunkin’ app and may venture back to Darwin’s in search of the elusive muffin.