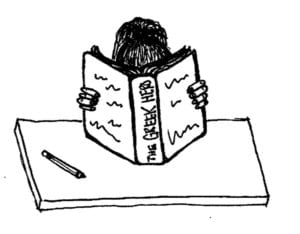 Shopping Week Personalities: Which One Are You?

The Indy has conducted an investigation on the shopping week personalities, and you are likely to feel called out

In December 2018, the Undergraduate Council voted to preserve shopping week, a Harvard quirk as much as it is a tradition. Everyone has their modus operandi for this oddly-defined time. To navigate these shopping week personalities, the Indy has curated your ultimate go-to survival guide.

The One Who Goes Out Every Night

For some, shopping week may not be about shopping the classes, but instead shopping the people. That’s right, a people’s shopping week. Every night before classes actually start, there’s always something happening on campus, driven by the drove of Harvard students who’ve decided that this semester may finally be the semester that ends their dry season. Rest assured, it’ll be the same people every evening who turn up to the more-than-disappointing dorm rooms where alcohol was promised, where all that’s left is half the bag of wine from the night before, so options for potential pairings are most probably limited. Yet these conditions won’t stop the hardy students who, in pursuit of their cuff in time for Valentine’s season, will continue to dredge around campus, convincing themselves that they’re having a good time (when, really, all they want to do is be in bed in time for their 9am class the next morning).

The One Who Doesn’t Turn Up to Campus

An elusive group, who decide that they stand above shopping week and all that it stands for. A week long trip to London? Achievable. A weekend stay in Wisconsin? Why not. Anywhere but Cambridge, MA, 02138? Ideal.

The One Who Has Done All of the Readings

We all know those people with their laptop out at lunch, on the second day of shopping week, staring intently at their screens as they pretend to eat. Don’t be fooled, as against popular belief they aren’t hiding behind their screen in an attempt to mask loneliness. Instead, they’re actually three chapters into the second book assigned for week nine of their Ethics & Civics GENED. That’s right, never forget that Harvard is actually a place filled with geeks. Geeks who love to read. Geeks who love to get ahead. We’re all a little like that at heart, so let’s just leave them to it.

The One Who Doesn’t Shop Anything

These are the people who live life on the edge at Harvard: the type who cross Harvard Square on a green light, or even dare to run into Quincy dining hall during a Monday lunchtime without swiping. About as adventurous as Harvard gets. These people ask us why we spend our shopping week opening syllabi after syllabi, when we could be doing, well, nothing. Those who don’t shop any classes in shopping week live for the adrenaline when, midway through week two of classes, they finally discover that the class they thought was a gem in fact has five midterms and two finals. They won’t be phased though, as these students are of course the type of people who will always get the inexplicably good grades, whilst the rest of us struggle and wallow in self pity from self-created, unnecessary Harvard stress. They are the shining hope of a Harvard nonchalance that (let’s be honest) is preserved for those who know that their Dad’s job is waiting for them at the end of the road.

The One Who Won’t Stop Talking About the Lottery

Enough said, not that anyone had time to get a word in edgewise.

The One Who Is Always Lost

Never has Harvard’s campus seemed bigger than in shopping week. Suddenly, psychology concentrators find themselves in the depths of the Museum of Comparative Zoology, while biologists are in the basement of Harvard-Yenching Library desperately searching for that one GENED class that they need in order to graduate. We all know that Harvard students are notoriously bad at anything that requires a bit of common sense, such as simple navigation, and Harvard seems to have strategically placed rooms in far-off places just for this very reason. Be warned: it is a test. Don’t let Harvard win; study your Google Maps.

Mimi Tarrant ’21 (ameliatarrant@college.harvard.edu) hopes that your shopping week was worthwhile, however you chose to spend it!