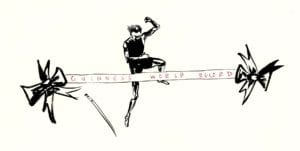 Armand Duplantis, more commonly known as Mondo, broke the world record in the pole vault not once, but twice, this past week. At just 20 years old, the young Swedish vaulter has plenty of potential to improve upon this record in the upcoming season.

The previous record stood at 20 feet 2½ inches, or 6.16 meters, and was set by Renaud Lavillenie in 2014. To break it, Duplantis would have to jump over 10 centimeters higher than his previous personal record that stood at 6.05 meters. Starting his 2020 season off strong, Duplantis jumped 6.00 meters in his first competition of the year, already showing world record promise.

By clearing an astonishing 6.17 meters in Torun, Poland on February 8th, Mondo was able to secure the record for himself, raised by just a single centimeter. Never satisfied, the young jumper returned to competition just a week later in Glasgow and went on to just 6.18 meters, adding another centimeter to his record set just a week before.

Harvard Track & Field captain and record-holding pole vaulter Erick Duffy ‘21 has competed against Duplantis throughout both his high school and college career, the last time being at the NCAA Division Outdoor Track and Field Championships in June 2019. Duffy weighed in on the world record, expressing awe, but not surprise.

“He’s such an interesting case. I would say it’s the first time in track history that everybody unanimously knew that a person was going to break the world record,” Duffy commented. “For Mondo, it wasn’t an ‘if’, but ‘when.’”

In the Glasgow competition, Duplantis cleared the world record bar by what Duffy estimated to be “at least 8 inches.” Concerning his future prospects in the event, Duffy explained, “People who are very knowledgeable about this sport had an idea about what he would eventually jump in his career. People thought 6.17, 6.20, and some even 6.25. I’m afraid that isn’t even close to what he can actually jump… In his 4th meet, he put the bar up to another world record and came down on it from having almost a foot of space over the bar.”

The new heights set by Duplantis this year give reason for Duffy to question the limits of human possibility, given “what he has jumped this year already has given new meaning to what is possible in this sport.” Duffy believes Mondo exemplifies the possibility of what is to come “not just in the vault, but in every event… Mondo is an incredible athlete, but he isn’t the pinnacle of human evolution in track and field. He has shown that if you truly dedicate your life to your craft then there is no telling what you can achieve.”

With the Ivy League championships for Duffy around the corner, the success of young Duplantis offers inspiration for reaching new heights this indoor season.