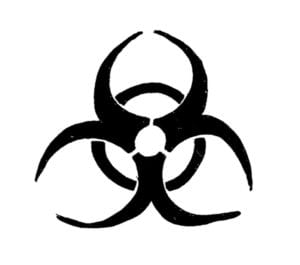 Forgotten in the attic for 103 years, artifacts from Harvard’s sordid past open a discussion on its responsibility to social reparations

In these past couple of weeks, it is very likely that you have become passingly familiar with the phrase, “Free Renty.”  Perhaps you saw it in the subject line in one of the many emails flooding inboxes at the start of this semester or recently heard students discussing it in passing. This phrase refers to an ongoing legal battle between Harvard University and a woman named Tamara Lanier over daguerreotypes, photographs taken on a silvered pieces of metal, of an enslaved man named Renty Taylor and his daughter Delia Taylor. Lanier says she is a descendant of Taylor and has requested that these images be returned to her. This Tuesday, February 4th, the Generational African American Students Association in partnership with the Harvard Coalition to Free Renty held a discussion about the social reparations related to these images. This pertinent issue raises important, if uncomfortable, questions about how institutions like Harvard should address the legacies of the more sordid portions of their past.

The history of these images begins in the early 19th century with the Swiss scientist Louis Agassiz. Agassiz was born to a local pastor in western Switzerland in 1807. He attended universities in Switzerland and Germany, and by 1830 he had attained doctorates in both philosophy and medicine. Over the next decade and a half, he became extremely active in the European scientific community. His early work largely focused on the taxonomic classification of fossilized fish specimen. He quickly established a reputation as an up-and-coming scientist. In 1837, he became the first person to propose that the Earth had undergone an Ice Age in the distant past and produced strong geological evidence regarding the movement of glaciers to support his claim. As a result of his work, he was an eminent presence in the fields of biology and geography by 1940.

His fame and impressive body of research helped him receive a grant from the King of Prussia to conduct geological research in North America, and so he moved his work to the United States. Within a year, he became a lecturer at the Lawrence Scientific School, now the Harvard John A. Paulson School of Engineering and Applied Sciences, and was soon officially made a Professor of Zoology and Geology. He would go on to found Harvard’s Museum of Comparative Zoology, where he would serve as director until his eventual death in 1873.

Unfortunately, despite his generally rigorous and well-respected research in other fields, Agassiz was a firm believer in the theory of polygenism, a strange and racist combination of creationism and more modern taxonomic practices. This theory argues that every species and population was created separately and is endowed with inherently unequal traits. The theory purports that the story of Adam and Eve only describes the creation of the white race, with all other races being separate, lesser creations. This is of course crazy, openly racist, old timey pseudoscience and is unworthy of any discussion whatsoever as a scientific theory, but it critical to understanding how Agassiz wrongly viewed any peoples and individuals that did not fall into his narrow definition of white. He was of the opinion that all people of color fundamentally shared no common origin with him. There are some truly chilling writings from his travels in Brazil where he describes Indigenous peoples as having the stout slow nature of orangutans and people of African descent as having the lanky elongated form of monkeys. He follows these already offensive claims with an analysis of the “crossbreeding races,” discussing mixes between Indigenous and African peoples can have beneficial effects while any intermingling between the white race and others results in the loss of its best qualities.  This theory and Louis Agassiz work in particular became center to many “scientific” explanations of white supremacy and was often used as a justification for the supposed moral righteousness of the practice of slavery.

It was while “researching” this theory at Harvard that Agassiz commissioned a series of daguerreotypes of naked slaves to examine the physical variations that supposedly supported this theory. Among the slaves photographed were Renty and Delia Taylor. These images are deeply unsettling—they clearly convey the sense that the subjects do not wish to be viewed, let alone photographed, in this way. These images were left to Harvard in Agassiz’ will and were stored in the attic of the Peabody Museum until they were rediscovered by chance in 1976.  In 2019, Taylor’s descendants sued for the return of the pictures and unspecified damages. The plaintiff is claiming that the university has been unlawfully profiting off of pictures taken forcefully and without the subjects consent. As of now, over forty of Agassiz descendants have come out in support of the lawsuit and are encouraging the university to turn the images over to the plaintiff.

This case brings up difficult questions regarding how museums and universities should deal with unsavory and morally unjustifiable parts of their history. Over the past few years, Harvard has started several initiatives to acknowledge the role that slavery and the industries built around it played a major role in the university’s early days. Several small plaques and memorials have been placed around significant locations on campus. At the same time, Harvard is proving reluctant to relinquish the heirlooms of white supremacy that still inhabit its collections. While acknowledging past wrongs is all well and good, does the sentiment seem hollow if the institution will not let go of the tangible legacy of the more ignoble parts of its history? This lawsuit underscores the increasing discussions around museums and academic institutions being obligated to return historical items to their rightful owners in order to redress wrongs that occurred before living memory. It is becoming increasingly clear that we need to free Renty if we want to do better in the future than we did in the past.