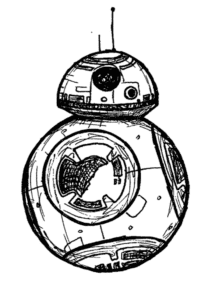 A spoiler review of The Rise of Skywalker

If you love Star Wars of any kind, then you have to watch The Rise of Skywalker. That’s not because it’s a good movie. It isn’t. Considered as a movie, it’s got a rushed first act, a contrived final act, dodgy relations to the other films in the franchise, disappointing characterization, entire scenes that painfully obviously exist only to provide excuses to sell action figures and Lego sets, and moments that just flat-out make no sense. (On the plus side, it is visually stunning and the action is well-choreographed and punchy. If you are going to see it, see it on the biggest screen you can.)

As a prayer to any gods who might be listening, a desperate plea to end this madness before it destroys us all, it works incredibly well.

The Rise of Skywalker gives us a galaxy obsessed with wreckage from a long-dead war. The first and second acts consist mainly of Rey and her friends chasing a “Sith wayfinder,” a sort of space compass which will lead them to evil dark side secrets so they can destroy them. After coincidentally meeting Lando Calrissian, they locate a dagger covered in ancient writing. Adventures ensue until they realize that the dagger is pointing them to Endor and the gutted shell of the crashed Death Star, on which Rey and Kylo Ren have a confrontation. Han Solo arrives as a force ghost to give Kylo Ren a bit of advice before disappearing again. A giant laser weapon obliterates a planet, but none of our heroes are on the planet at the time, so it’s fine.

The fanservice here seems at first to be an attempt to appease a famously angry mob. You want Lando? Here’s Lando! There’s no reason at all for him to be in the movie, he does nothing that couldn’t have been done without him, he’s only on screen for a few minutes, and it’s never explained why he is where he is, what he’s doing, or where he’ll be going after this, but here’s Lando! You want a Death Star? We’ve got the old, round one or the Star Destroyer with the planet-killer weapon! Take your pick! You were mad at the SJWs for shoehorning Rose Tico into The Last Jedi? She’s only on-screen here for approximately thirty seconds! Please! We’re trying to make a Star Wars for you!

If you look more deeply, though, these decisions take on a more complicated meaning. At this point it’s worth looking at the opening scene. Kylo Ren slaughters his way through the denizens of an unnamed planet (revealed in various companion books to be Mustafar, where Darth Vader got beaten up badly enough to need all that armor) to reach his own Sith wayfinder. It leads him to the planet of Exogol, where he meets none other than Emperor Palpatine. That’s right: Palpatine, the big bad from the original trilogy, whose death bought Anakin Skywalker’s redemption, is in fact alive.

By starting with this setup, The Rise of Skywalker tells the audience exactly what kind of movie it’s going to be. This isn’t new Star Wars. This isn’t the continued adventures of people living their own lives in George Lucas’s lovingly created universe. No, this is old Star Wars. This is Return of the Jedi but with a British woman instead of Mark Hamill. These aren’t just new adventures hitting the same old fanservice-filled beats. These are meant to be seen as updates of the exact same adventures. Given that “Jedi Knight” and “Luke Skywalker” are practically synonymous in many peoples’ minds, even the titles are pretty much identical. This cannot have been an accident. Bringing Palpatine back would have been a huge decision, and the writing team would have thought the consequences through carefully.

With this in mind, we can start to ask what points the movie was actually making. If we already had Return of the Jedi, why did we need The Rise of Skywalker? We needed it, I would argue, to show up precisely how little we needed it. Star Wars is a phenomenally profitable franchise, and Disney, until very recently, was not going to scale it back. At one point they planned to release one Star Wars movie every year, indefinitely. In The Last Jedi, Rian Johnson and his team made the case that at least these new movies should have new ideas in them. They added some shades of gray into the black-and-white struggle between the Empire and the Resistance, threw in some actual jokes—jokes! In Star Wars!—and created characters with no real connection to the Skywalker dynasty.  It wasn’t a good movie either, but it wasn’t as awful as the immense outpouring of hate would make you expect. If Star Wars were to succeed, the evidence showed, it would have to be the same old Star Wars with which the fans had grown up.

J.J. Abrams, in giving us The Rise of Skywalker, shows us exactly what that would look like and how awful it must necessarily be. The fanservice becomes sarcastic. You want to see all kinds of Star Wars planets and crazy aliens? Have a phenomenally rushed first act! You want Palpatine back? Take all the lazy storytelling that would entail, and all the plot holes it would require! You want the Death Star? Well, too bad. The Death Star is waterlogged scrap, and I’ll give you a pivotal scene right in that setting to prove it.

The grand finale offers us two paths out of this mess. At the pivotal moment in the battle against Palpatine’s forces, a huge flotilla of people from all across the galaxy arrive. They aren’t an organized Resistance; they’re just people who have finally been gathered into a rebellion. It is possible, the film says, to stop accepting the fear and hate that those in power are feeding you, to band together, to demand something new and good and not just the same old leadership under a different name. Afterwards, though, Rey returns to Tatooine to bury Luke and Leia’s lightsabers, and, when asked her name, looks into the middle distance and replies “Rey Skywalker.” We have not succeeded yet, the film says. The Skywalker dynasty is as strong as ever, and always ready to push more interesting and intelligent films away in favor of new bad Star Wars.

The Rise of Skywalker might, in some alternate universe, have been good. It’s possible to write good Star Wars movies. However, we didn’t need a good movie. We needed a reminder of what Star Wars was doing to our culture, and Abrams gave it to us. The emotional core of The Rise of Skywalker wouldn’t have worked if the movie were any good at all. We’ve had enough Star Wars. All Abrams is saying is give Star Peace a chance.