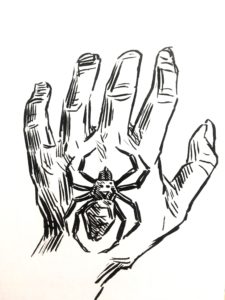 You Can’t be Counterculture at Harvard: Thoughts on How the College Experience Subverts Cultural Norms

To be perfectly blunt: Harvard College has a culture of weirdness. My experience of the college has been one full of diversity – of experiences, beliefs, appearances, of pretty much anything you can think of that defines people. The unifying factor for all of us is that we go here, that, somehow, the admissions office decided our grades were high enough and our experiences varied enough that we could contribute a lot to the campus and learn a lot ourselves just by being here.

Somehow, we had just the right balance of having a lot in common and having enough not in common to be let into one of the most well-known colleges in the world. Which is pretty cool, objectively, but not the point I’m trying to get at.

For many reasons, I think it’s really, really hard to do anything that will get you considered truly counter-culture while you’re at Harvard. For one, because you’re mainly free from judgment here, and thanks largely to the Harvard Bubble that keeps us on campus most of the time, our college culture is all about counter-culture.

We were all told during our first-year orientations that Harvard is all about us learning as much outside the classroom as we do inside it. This mainly translated into a culture of “try whatever you want, it’s fine” when it came to clubs and organizations that we joined, but it’s also more than that.

College is a lot like high school in the way that people here are constantly discovering themselves and trying out new things with the goal of making themselves stand out later in life. The main difference is that we’re adults, so we (for the most part) don’t have parents around to tell us not to get that piercing or tattoo, not to dye our hair, not to drink or do drugs, not to join that weird club, or not to participate in what is generally considered “counter-culture” by the rest of the country.

In college, we have the freedom to try what we want without the consequences of adulthood bogging us down. If we pierce our faces up, we probably won’t lose our jobs. If we try weed for the first time (off-campus, mind you) the worst that might happen (thanks, Massachusetts) is that we won’t be up in time for our 9 a.m. lectures. Adopting a wardrobe change will get us some weird looks, but we won’t lose anything from it because we can always say it was a “thing we tried out” in college. Joining a group with radical beliefs about how society should change is generally seen as a cool, brave thing to do. We have protests here every few months, discussion forums are filled with wildly varied opinions about how things should be here, and we make it a habit to rage against the way things are run here with petitions and articles and demonstrations at regular intervals (and more power to us for it). 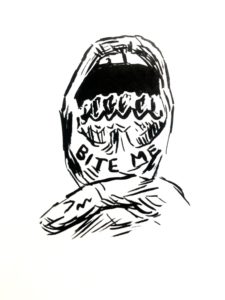 Not too long ago, I dyed my hair bright purple without any repercussions, and I’ve done the same with pink hair without a single judgment being voiced to me while at Harvard. Many of my tattoos and piercings have been met without disdain and even gotten outright approval by other students here. And that’s just body modifications. My other experiences with counter-culture while attending Harvard have been mainly positive, whether they have to do with drugs or drinking, with art or writing that chip away at the status quo, or with other people who are more embedded in American counter-culture than me.

Nothing can really touch us during this time unless we let it. We are always free to let go of whatever the people in our communities back home don’t agree with and “fit in” after college if we want to. That’s not saying that it’s what everyone does, or that it’s right to do so, but we can do it without too many raised eyebrows because a lot of people who graduate from college do lose the brightly colored hair and piercings when they go to pursue their professional goals. College is about experimentation for better or worse, so what we do here will always be looked at through that lens of “they’ll get over it when they graduate,” even if it isn’t true.

Harvard University has a campus measured at 5,076 acres – just about 8 square miles or 20 square kilometers. Harvard Yard is a mere 10 acres and most of the college functions within that tiny fraction of space. Less than 7000 undergraduates inhabit that space every day and create a culture of learning – but not substantially of anything else. Looking at enrollment statistics from last year tells us that 44.1% of Harvard students identify as white, 23.5% as Asian and non-Hispanic, 12.6% as Hispanic, 9.7% as Black and non-Hispanic, 8.1% as two or more races and non-Hispanic, 0.3% as Native American or Alaskan Native, and 1.7% as Other or Unknown. Looking at First-year admissions statistics tell us that students come here from all over the world. We have over 130 recognized student organizations that celebrate Religious, political, racial, and Ethnic Diversity, and over 100 dedicated to the Arts and Special Interests and Hobbies. There’s plenty of evidence proving that people here share a widely varied range of identities, interests, and beliefs, so what brings them together to form a Harvard Culture?

There’s a very distinct separation between subcultures and counter-cultures, and I think Harvard embodies that difference quite nicely. I can’t think of any one group here that is the model of Harvard culture. Yes, we do have people that fit into that “ivy-league” stereotype of a wealthy family, designer clothes and elitist attitudes, but they are not the norm as far as I have seen during my time here. I can’t even put a name to a quality – outside of an incessant need to do well in classes and academic competitiveness, and I wouldn’t call that a “culture”- that really puts us together. Harvard college is comprised of many subcultures that go against the larger “American” context that it exists within.

This is a lot of why I’ve personally always found it so hard to go home from here, and why it’s so hard to transition when I come back. Harvard was a culture shock my first year and it remains one because it’s an artificial version of the perfect “melting pot” that the United States is purported to be. We have a manufactured culture of diversity here that pretty perfectly exposes us to the cultures that exist outside of and against the norms of a larger American society. It is more purposefully different to be here than it is to be in any other place I’ve been. That’s not to say that the act of going to college is counter-culture, nor is Harvard itself. What is counter-culture about Harvard, to me, at least, is the coexistence of a crazy blend of really different students who look at things that are usually considered “weird” and don’t bat an eye, because it’s college. This is Harvard. Things are different here.

So yeah, you probably will never get labeled “counter-culture” by your fellow students while you’re here. But we do have a culture here that goes against the norms by not having one, and that’s pretty rad.

Alaya Ayala (alaya_ayala@college.harvard.edu) is really into experimenting with counter-culture in college.