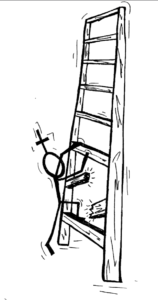 Women in the Workplace: The Time for Change is Now

Last week saw the publishing of the annual results from the Women in the Workplace study; co-launched by LeanIn.Org and McKinsey & Company in 2015, this study is the largest of its kind on the treatment of women in corporate America. The study has been extremely comprehensive from the outset, with close to 600 companies and over a quarter of a million people having participated through workshops and surveys to date. As a consequence, the study has become a leader in its field, shaping the way that companies are advised to achieve gender parity in their workforce, as well as helping to influence diversity initiatives that can be implemented at all levels of professionalism.

With the 2019 results from the Women in the Workplace study having four years of data behind it, clear patterns and trends have emerged that help in shaping initial recommendations. The study exposes the fallacy of the ‘glass ceiling’, a theory that has shaped diversity and gender initiatives for the last couple of decades. Previous thinking was that the lack of women seen in superior leadership positions had been due to an invisible barrier acting between mid-level and senior leadership, preventing women from accessing the highest of positions due to gender inequalities and biases throughout the hiring and promotion process. However, the study proves that this is in fact not the case – it is not a problem of a ‘glass ceiling’, but instead the issue lies with the ‘broken rung’ that exists in the early stages of the promotion process. Evidence suggests that women are failing to be hired or promoted to a managerial role at alarmingly greater rates than men. Therefore, fewer women are not able to progress to higher, senior leadership positions as they are failing to pass the first hurdle that is presented in the career ladder of corporate America.

The issue is shown clearly in the numbers; for every 100 men that are hired or promoted to the managerial level, only 72 women women are hired or promoted. This is compared to the less significant difference in figures for the C-suite hiring and promotion, where for every 100 men 144 women are hired and 90 women are promoted. This ‘broken rung’ at the managerial level constitutes the biggest barrier to women when progressing to senior leadership positions; as shown by the C-suite data, no other entry or promotion points see such disparity in genders. Whilst the study is not able to provide direct reasons for this disparity, they are able to identify that this issue is largely unseen in the workplace. The fallacy of the ‘glass ceiling’ prevails culturally, with both HR leaders and males misidentifying the main challenges women face as issues with sponsorship and lack of female qualifications respectively, instead of identifying lack of promotion to first-level managerial roles as the main barrier exposed to women. It is this lack of understanding that helps in contributing to gender disparity, and only once studies highlight the inadequate change in the equality of the corporate world over the last few decades will impactful change be achieved.

The study includes multiple recommendations for how gender inequality in senior leadership positions can be fixed, and all are focused on fixing the first ‘broken rung’ of the employment pipeline. These range from setting realistic, manageable goals for the number of women in first-level management positions to setting clear evaluation criteria for promotion and hiring processes. Perhaps the most significant of these recommendations, however, is the implementation of unconscious bias training among current employees who are involved in the hiring process. Whilst many companies currently have unconscious bias training programs for those involved in senior level hiring, it is often not extended down towards first-time managerial hiring processes, which is where it is often needed most. By tackling the root cause of the problem, companies will be able to increase the efficacy of their employment pipeline, and bring about impactful, meaningful change in the shortest amount of time.

The implications of these kinds of studies are not simply confined to the corporate world, but have extensive consequences for other institutions such as Harvard. Harvard finds itself as a world leader of education, and thus by extension influences the nature of the corporate world. Change can start at Harvard. Change must start at Harvard. Only once gender parity has been seriously implicated throughout all levels of education will the corporate world see lasting and meaningful change in its functioning. Whilst the process of individuals graduating through schools into the corporate world takes time (meaning that the transitioning of cultures will never be immediate) there are ways that Harvard can help to accelerate this process. Initiatives such as Women in Business and the Women of Harvard Athletics are a step in the right direction, but most important is the modeling of the right behaviour towards gender parity by Harvard’s most senior leaders. It is these senior leaders that are in positions of power to change gender bias on Harvard’s campus, and therefore it is of paramount importance that these leaders endorse and increase implementation of the initiatives that are currently mostly student-led. Endorsement of these enterprises will help empower the community of Harvard’s campus on issues of gender equality, standing them in good stead for when they enter the corporate world.

Ultimately, the most important takeaway from the Women in the Workplace study is the need to convert commitment into action; whilst the number of corporations, establishments and institutions in support of gender parity is increasing, it is clear that we remain a long way off from the goal of completely reducing gender bias in the workplace. Never has the time been better to turn words into action; the ‘broken rung’ has been identified, the strategies have been recommended, and now all that is needed is implementation. It is time for education, business and world leaders to step up and realise that the world is changing gear, and women are in the driver’s seat.

Mimi Tarrant ‘21 (ameliatarrant@college.harvard.edu) is excited to see the corporate world change before her very eyes.