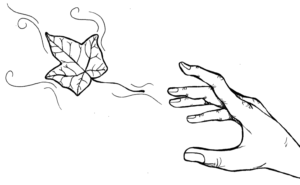 I’m currently in a class on the history of the modern Middle East, and one of the first things we covered was Orientalism. This is the way in which Western cultures and historians portrayed the Middle Eastern region as Not Like Us: decadent, brutal, profoundly erotic, and enticingly mysterious. Before the Twentieth Century, many famous historians of the Middle East hadn’t actually ever been there, preferring instead to read translated documents and books by other people who hadn’t actually ever been there. These days, of course, we believe this to be bad history. New textbooks are written and new articles published explaining how Middle Eastern peoples are Fundamentally Like Us, their history analyzable with the exact same methods and subject to the exact same caveats as that of the Holy Roman Empire or the Ancient Greeks. Defining “progress” in history is very difficult, since one generation’s progressive ideals are the backward bigotry of the next, but, if there is one unequivocally good thing in historiography, the end of Orientalism is it. We have made that mistake, we have moved on, and we shall never again believe that another group of humans is so mysterious, so completely and totally Other, that we should treat them with detachment, fear, and awe, rather than considering them as we would consider ourselves.

Isn’t it pretty to think so.

Ever since being accepted to Harvard, and especially since I actually arrived on campus for my first year, I have been looking for a way to describe the attitude that people tend to hold towards Harvard students. This attitude often manifests in subtle ways: perhaps all your parents’ friends start congratulating you on being so smart, or, at the other extreme, assume you must have bought or cheated your way in and ask how. Perhaps your high school makes much of you in their newsletter. Perhaps you remember that, when you looked at the campus of your safety school, there weren’t anywhere near the same number of tourists there, and then you notice Harvard’s signs asking tourists please to not photograph the students at their dorm room windows, and realize that if there are signs about it someone must have been doing it. Perhaps, on returning home for Christmas, you try and fail to find someone with whom to have a normal conversation about college life without naming the college in question. You are no longer “Paul and Julia’s kid”. You are “Paul and Julia’s kid, who goes to Harvard.”

For a while, the best way I had to explain this was to say that Harvard students were “aspirational items.” Everyone wanted one, in the same way that everyone wants a Lamborghini. However, this never quite got to the root of some of the more puzzling aspects of the way the Ivy League is treated in popular culture. It’s not only different, it’s strange and dangerous: witness the gleeful way the media report on Ivy League scandals, from Yale’s “No means yes, yes means anal” chant to the current admissions bribery fracas, or the way in which Ivy League schools are always the first targets for alt-right YouTubers looking to rant about political correctness. There’s nothing that makes Yale’s fraternities any more intrinsically dangerous than those at state schools, but they make headline news because they’re behaving badly at Yale specifically. Gated and barred, endlessly fascinating, and with juicy exposés from those who lived to tell the tale welcomed by the popular press, the Ivy League is America’s new Orient.

Of course the comparison is not exact. It was understood by Europeans, during the Middle Ages, that Middle Eastern people kept to themselves in their despotic empires and tended not to come to Europe. Meanwhile, Harvard and company are regularly and frequently hailed as educating the future leaders of the country. However, even here, the same fundamental exoticism is on display. The Orient (and I use the word to refer to the conception in peoples’ minds, not the geographical location) is always a land of wealth, rich with exotic foods, heady wines, gold and gemstones, multi-billion-dollar endowments, and return offers from Bain and McKinsey. We do not see the Ivy League as the only path to the top – for one thing, that would go against America’s other great fantasy, the underdog story – but we do see it as a guaranteed way there, in the same way that you could do very well for yourself in Middle Ages Britain selling sheep, but, if you really wanted the big money, you got into spices.

Most of us would probably assume that Orientalism is, a priori, a bad thing, which leads inexorably to the question of whom Ivyism hurts. First of all, it hurts the students. No-one comes back from the Orient with a boring story. Everyone who goes ends up saving some Shah’s daughter from a rattlesnake, or something like that. Dull Oriental tales simply don’t sell. During the Middle Ages, many travel writers made up huge chunks of narrative, knowing that they were expected to deliver thrills and chills. Similarly, no-one is supposed to come back from Harvard without a killer transcript, three summers of prestigious internships, and a full ride to medical school. Mental health issues, overcommitment, struggling with a homework problem or getting a C+: these things are too close to home and can therefore have no place in the wholly exotic world of the Ivy League. You’re at Harvard, so get over it, you snowflake. How can you be depressed with all the wonders of the Orient at your disposal?

Prospective applicants are also seriously harmed. Everyone believes themselves to be “ordinary”; indeed, many people define “ordinary” as “similar to me”. The Ivy League, though, is not ordinary. Ordinary people don’t go to the Orient. Great explorers, brave traders, and wise statesmen go. I recently gave application advice to a student at my high school; he was intelligent, dedicated, and interesting, but refused to apply to Harvard because he assumed he wasn’t smart enough to be in with a chance. Those who do apply are only those who had someone to tell them that they were special, that they could potentially be “Ivy material”. Not everyone is told that, and Ivy League classes lose out on applicants who might well otherwise have contributed greatly.

Finally, Ivyism deals a serious blow to rejected applicants. Many state schools or private colleges provide excellent educations. However, they don’t have the Oriental cachet of the Ivy League. This tells the students at these institutions the most devastating thing anyone can tell any student: that they are ordinary, that they do not excel, that they are, at best, average, a solid B+. Students are devastated every year by failing to get into an Ivy League school, and find it hard to take refuge in the fact that their safeties would provide an education that was almost as good, or in some cases just as good or better, as what they would have got had they succeeded. The Orient is not just another continent with its own pros and cons. It is the Orient: to go there would be the experience of a lifetime, and to miss out condemns you to a standard humdrum Western existence.

Sadly, changing Orientalist attitudes is difficult and takes time. Most fundamentally, what we need are new historians, new high school college counselors and admissions officers, who are unafraid to see Ivy League schools as an alternative to, and not a wholly and utterly superior version of, non-Ivies. This will have to be done at the school and community level. The colleges won’t help, because they thrive on a reputation for exclusivity. In an age where even an application nets Harvard $75 in cold hard cash, the lure of the Orient becomes a useful tool. The individual students may lose out, but overall the application pools keep expanding, as ever more of the group of people who think they are capable of a trip to Terra Incognita decide to actually apply for one. If there is a revolution to be had, it must be slow, it must be quiet, and it will not come from on high.

This, finally, leaves us with a plan. We at Harvard are already acutely aware that, for all its glory, it’s just a university, with all the attendant aches and pains. We should let people know about them, and we should do so from a viewpoint of making Harvard sound real as well as one of trying to force change. More crucially, we should be careful of the way our Ivyism affects the decisions we make in the areas over which we do have power. Hollywood is famous for using Ivy League educations as a shorthand for genius characters; some startups refuse to hire anyone who isn’t from an Ivy or Stanford. This is a classic Orientalist attitude, focusing on the exoticism rather than looking at the person beneath. The good news is that we’ve already had many conversations about how to deal with exactly this sort of thing. We know what to do with racist hiring practices, or sexist writing, or Orientalist movies. Ivyist culture shouldn’t necessitate too much of a big step.

Michael Kielstra ’22 (pmkielstra@college.harvard.edu) has never been to Yale or the Middle East, but considers himself an expert on how those two places are basically identical.