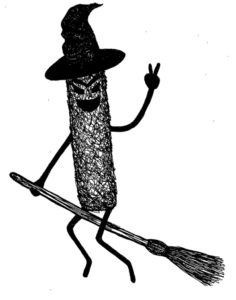 Cambridge’s Best for this Halloweekend

Whilst the return of midterm season might be scary enough for some, the beginning of Halloween means the beginning of spook-themed events around Cambridge.  Whether it’s venturing into the depths of Boston, or keeping it local with the very best that Harvard has to offer, it’s fair to say that there’s enough happening nearby to keep even the most enthusiastic thrill-seeker entertained over the next week.

If the thought of exploring beyond the realms of BoardPlus is enough to haunt your dreams at night, then this must be the event for you. In the face of months of closures and numerous fire alarms, Winthrop Grille has pushed through adversity to deliver this tenuously named event right in time for spooky season. Choose between Pumpkin Spiced or Halloween milkshakes and reveal where your real allegiances lie, all the while staying in the comfort of the River. That being said, the number of mouse appearances in the Winthrop Groupme as of late means that you venture to the Grille at your peril; stay tuned to see who wins between Flossy the Winthrop Mouse and the ten mouse traps positioned in the Winthrop dining hall.

As if the random capitalisation in the event title isn’t scary enough, this organ recital invites you to wear your costumes as you listen to different recitals within the confines of the church, from 11pm to midnight on the night of Halloween. With 214 people interested in the event at the time of writing, maybe they all know something about the refreshments being offered that the Indy doesn’t. Either way, avoid the rain that will inevitably be falling on Thursday night by sheltering in the church, surrounded by the somewhat thrilling sounds of organ recitals, if that is your sort of thing.

Just because not enough people decide to dress up in the arguably unoriginal wizard costume for Halloween, lamplighter Brewing Co decided it would be a good idea to throw a Harry Potter theme in the mix, as well as deciding to release their Harry Potter-inspired IPA on the night. Sure to be the haunt of the Harvard Quidditch Club for the night, Lamplighter will most probably be host to the more alternative Halloween groups around Cambridge, an exciting prospect for those still dreaming of getting their Hogwarts letter in the mail.

In light of that fact that some might prefer the slower pace for thrills around Halloween, the Fall Foliage River Cruise provides the perfect alternative to the fast pace of Harvard life. What better way to appreciate the impending doom of colder weather and leafless trees than from the anticlimactic deck of a boat. Cruise down the Charles as you take in the autumnal scenes whilst trying to forget all the other ways you could be making better use of your time on a Saturday morning, such as by watching Harvard Varsity Field Hockey take on Dartmouth for their Senior Day (shameless plug, Berylson Field at 2pm).

For those who turn against the commercialisation of trick-or-treating for Halloween, the perfect event does indeed exist: a candy-burning bike ride! To prove that people do in fact want to go for a bike ride on Halloween, specific emphasis has been placed on this being the 20th edition of the event; proof that it has been popular in the past, and so it must be popular again. The bike ride ultimately ends up at a secret outdoor dance party, which sadly is most likely to be significantly better than anything happening on Harvard’s campus that night, so unlock that bike that you haven’t touched since freshman year (or scooter, if an athlete) and get riding.

Perhaps the only thing worse than listening to a “ghoulish band” wake the dead would be listening to such a band whilst trapped on a cruise, with no escape. Use this event to test the limits of your endurance this Halloween, simply because midterm season round two isn’t hard enough for us students. Interestingly, the costume competition is limited to zombie and werewolf-themed, so note the specificities if wanting to win four tickets on yet another cruise trip (clever marketing by Classic Harbor line there).

Conveniently located just a five minute walk from the Square (making for an easy escape if required), OBERON is hosting a “Halloween spectacular” run by the Boston Circus Guild that promises not to disappoint. With circus acts, drinks, dancing and live music all happening throughout the evening, it is sure to be scary just the vast amount of events being held under the OBERON roof. The 18+ element of the evening also adds to the mystique, so head down to understand what really happens behind OBERON’s doors, as we’re pretty sure no Harvard student actually knows!

The self-proclaimed “Ultimate Karaoke Party” , this event is the place to head if midterms hit you that little bit too hard this semester. The Asgard promises that their state of the art sound system, (with four wireless microphones and monitor) makes everyone sound “amazing,” providing the perfect opportunity for Harvard students to get the confidence boost they all desperately need. All this can also be done with the satisfaction of singing in costume, so public embarrassment as you belt out your favorite song is no longer an issue. Drag your friends down to sing the night away in honor of those who came up with this punny event name, and hope that the only thing scary is the costumes and not the singing!

Mimi Tarrant ‘21 (ameliatarrant@college.harvard.edu) is excited to try out these Halloween events this week.