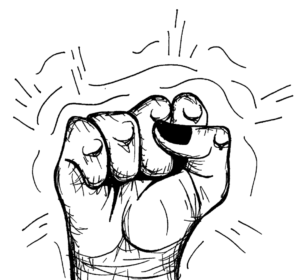 It never quite occurred to me how much stock we put on names until I got to college.

Specifically, at Harvard, there are different and specific names for things that are common at other colleges. Here, a major is a concentration, a minor a secondary. Here, incoming freshmen visit us every spring during Visitas. We don’t have Resident Assistants, we have PAFs and Proctors and Tutors. Here, there’s a distinction between a club and a student organization (albeit a controversial one). Other colleges have Resident Halls, we have Dorms and Houses.

Given Harvard’s tendency towards naming things in unique ways and its goal of being more inclusive, you would think that there would be no hesitation on the University’s part to regard the naming of things like holidays and locations on campus with sensitivity. Specifically, I’m referring to the naming of Indigenous Peoples’ Day.

This past Monday, the 14th of October, Harvard once again celebrated Columbus Day by canceling classes and naming it on the 2019-2020 Academic Calendar. This was met by protests by students at the University who feel that Harvard shouldn’t be acknowledging a holiday named after a man well known for exploiting Indigenous populations in the late 15th and 16th centuries. Their argument is that the University should follow in the footsteps of the City of Cambridge and several other academic institutions in the country by no longer calling the holiday Columbus Day, and instead recognizing it as Indigenous Peoples’ Day.

I had an opportunity to sit and chat with Anna Kate Cannon, ‘21, of Dunster House, about these events. She is the co-president of the Native Americans of Harvard College. According to her, “Our Indigenous Peoples’ Day celebration is something we do every year. We’ve been doing it since long before I got here and there’s always been kind of an element of protest to it. If you just see the pictures of the event we have speakers, we have posters all over Matthews Hall.

It’s always taken kind of a protest spin, and I really wish that we could get out of that because it’s supposed to be a celebration. Now it’s like more of a call to action and more antagonistic toward the University because our goal right now is to get Columbus Day wiped off the University calendar. It is entirely incongruous to celebrate Columbus and celebrate indigenous culture and survival. You can’t celebrate Indigenous resilience and survival while also celebrating the person that made that survival and resilience necessary, the person who perpetrated the genocide of indigenous peoples in the Western Hemisphere. He enslaved hundreds of indigenous peoples, he brought them back as commodities — as evidence of the bounty New World offered. He was a rapist, he tortured Indigenous people himself so the fact that we are celebrating him, we could do so much better.

As of now, I believe only Harvard Medical School and the Graduate School of Education both solely recognize Indigenous Peoples’ Day. Harvard College recognizes both as does Harvard University as a whole, so it’s very decentralized. We’ve had conversations with Dean Khurana, the Dean of Harvard College, and he seems very receptive. We’re also trying to have conversations with Larry Bacowabout changing the calendar because it’s so easy for them to do, and its such a symbolic step toward inclusion and making things right, and being on the right side of history.“At the same time, any sort of activism, anything that I’ve been a part of at harvard has been under the assumption that Harvard is a huge name. People follow what Harvard does. If people see that Harvard recognizes Indigenous Peoples’ Day, then there might be a response of ‘shouldn’t we be doing this too?’”

Recently, the student organization Native Americans at Harvard College (NAHC) began a petition on change.org asking Harvard to change Columbus Day to Indigenous Peoples’ Day on their academic calendar. So far it has garnered over 1,300 signatures. According to Anna ‘21, “We’ve signed petitions toward this goal every year, and this is the first year that we’ve brought it to change.org and gotten signatures from people outside of the university. There are signatures coming in from all over.”

This is a huge step toward getting the University to mobilize, as it is evidence that people outside the University care about how the school presents itself to the world. Students like to joke about being stuck in “the Harvard Bubble,” which is the idea that being at Harvard puts you out of touch with the real world during your studies. This is an illusion and one that we – and the University – should strive to shatter. What happens on this campus has every likelihood of affecting events off-campus.

I also had the chance to discuss why the University has been reluctant in the past to fully recognize Indigenous Peoples’ Day on the academic calendar with Anna. According to her, she’s received feedback on NAHC’s efforts to change the name of the holiday along the lines of “it’s named Columbus Day because it’s a celebration of Italian heritage.” (To this, Anna jokingly responded that there are better men in Italian history to celebrate). She also went on to state that “When Indigenous Peoples’ Day was first put on the calendar, it was done quietly, there was no fanfare. After the HUDS strike, one of their conditions for returning to work was the recognition of Indigenous Peoples’ Day. We got this quiet, half-hearted recognition, while it still calls the day ‘Columbus Day’ because it’s a federal holiday.”

There are those who think that this isn’t a big deal, or that the name of this holiday doesn’t matter. It’s a bank holiday, kids get a day off from school. I disagree with this sentiment for a lot of reasons. My younger sisters are 10 and 11 years old. When they learned about Columbus Day in elementary school, it was my mother and I who told them why we don’t like that day, and why Christopher Columbus was not someone we’d ever celebrate. As 2nd and 3rd generation Puerto Ricans in the United States, our heritage is tied into the decimation of the native Taino population on the island by the disease, enslavement, and genocide brought to them when Columbus landed in the Caribbean.

It is for this reason that I place a lot of importance on names at Harvard. History does not go away when we call it by a different name. The atrocities committed by Columbus himself and the people who conquered the New World after him do not go away when we take a bank holiday and put his name on it “in celebration” of events that would one day lead to the United States.

On the importance of names at Harvard, and why it’s so important that we change the name of the holiday from Columbus Day to Indigenous Peoples’ Day, Anna ‘21 left me with this thought: “Stoughton, who Stoughton Hall is named after, was one of the main antagonists of the Salem Witch trials, he ensured that several innocent people hung. We have Lowell House named after president Lowell, we have Houses named after slave owners. So many names in Harvard history have so much wrongdoing attached to them. There’s been a push for Lowell House to be renamed for a while, and nothing has been done. People outside of Harvard aren’t going to care about Lowell House or Stoughton Hall, but people outside of Harvard are going to care about Indigenous Peoples’ Day and Columbus Day. There’s so many wrongs that the University isn’t going to be able to right, but this [changing the calendar] is a small step that would be a huge victory for us.”

I can only hope that this is a victory that NAHC and other Indigenous groups on and off campus get to celebrate, and soon.

Alaya Ayala (alaya_ayala@college.harvard.edu) is hoping for change at Harvard.