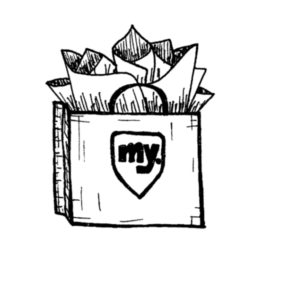 After the Harvard Time resolution, students across campus have expressed sentiments of distrust and frustration with student-administration communication. As such, much of the effort of the latest Undergraduate Council as well as those on Harvard’s staff have focused on rebuilding relations. The debate regarding eliminating the extremely popular Shopping Week presented the perfect opportunity to do so.

After a public announcement this past week that the administration had decided to retain Shopping Week, reports were published by both the Undergraduate Council and Harvard administration. The Harvard Committee report explains that the key drivers for change included: “loss of instructional time, uncertainty around enrollments and allocation of resources, and stresses imposed by the ways lotteries are run.” Concerns largely centered around the fact that “courses currently cannot begin serious instruction until the second week of classes” and enrollment uncertainty creates employment uncertainty for graduate teaching fellows.

After concluding discussions facilitated by the Undergraduate Council, the committee issued a number of critical recommendations. First and foremost, while the Shopping Week system will be maintained until 2022, a number of serious alternatives and proposals will be investigated in the meantime. This includes a potential “two-day course presentation period” and “creating sophisticated algorithms” to assist with predicting course enrollment.

Simultaneously, the Undergraduate Council published a report that recognized that “students are the largest stakeholders in these discussions” and as such surveyed 1,883 current students in an attempt to capture the voice of the student body.  Results across the board indicated that students overwhelmingly supported Shopping Week, speaking to its effectiveness in determining classes and its ability to increase flexibility and reduce stress. Specifically, students reported on scale of 1-10 the answers to: “how upset would you be if shopping week no longer existed?” and “how has shopping week affected you?” with 10 being the median result for each question. Furthermore, 62.03% of students reported that the existence of shopping week affected their decision to attend Harvard.

While the reports together provide a holistic and comprehensive presentation regarding the current sentiment of shopping week and results from the committee discussion, the Indy speaks to Undergraduate Council President Sruthi Palaniappan to understand the broader implications of the Shopping Week results.

Indy: Regardless of how the committee actually decided, were you satisfied with the process and ability of students to have their voices heard?

Sruthi: I have been involved with this process since Spring of 2018, when it was first announced by the previous Dean of Undergraduate Education that they were exploring alternatives to shopping week (particularly for early registration). The process included much advocacy on the part of the UC to ensure that administrators were creating avenues for students to communicate openly with administrators to share their voices and perspectives. We never wanted the only student voices in the conversation to be those of the Undergraduate Council. For this reason, we were glad administrators agreed to host a series of Listening Sessions last semester to hear directly from a wide net of undergraduates.

From my perspective on the Undergraduate Council, I was incredibly delighted to see the number of non-UC representatives who also engaged in the process over the past several months to share why Shopping Week is so important to them personally, even if the decision to change it would not have directly impacted them. Students participated at high rates, and administrators took note.

We also wanted to ensure that student voices would not be utilized in a “tokenistic” fashion and asked the administration and Committee on Course Registration which was formed this past semester for incredibly high levels of transparency throughout the process. The process was positive as the head of the Committee on Course Registration was highly communicative with the UC and utilized our survey data to inform their decision and included statistics from our report in their legislation. We were also pleased that they created a public website to post all of their information in a centralized location and regularly sent out email communication on their status following our requests for transparency.

Indy: For many students to whom we spoke, the result instilled significant confidence into the UC’s ability to represent student voices; do you have any upcoming plans to build on the momentum generated?

Sruthi: We are continuing persistent advocacy efforts on several areas such as hiring more diverse faculty, pushing for Ethnic Studies, addressing issues in the new schedule, improvements in advising for first-year students, the creation of a Physical Space for Belonging & Inclusion, support for religious/ethical/spiritual life and more. Some of these goals will only come to fruition years into the future, but we recognize the importance of pushing the needle forward to ensure that progress is being made on these fronts in the present. We are also advocating to gain support for projects such as our partnership with Lyft, creation of a College-wide day of service, and the creation of a First-Gen Faculty Mentorship Program which we intend to launch in the Fall.

Indy: How do you think this outcome will impact future discussions with Harvard admin with regards to effective discourse and building trust?

Sruthi: I, myself, have heard from other students that there have been underlying notions of distrust between students and admin following the decision to remove Harvard Time and the decision on single-gender organizations. This outcome will hopefully build greater trust between students and admin as it was an affirming process and one to which students can point as an example where administrators deliberately engaged undergraduates in dialogue and were responsive to their concerns and interests. Moving forward, we will similarly ask administrators to maintain high levels of transparency in their decision making processes and to intentionally engage with and listen to undergraduates about their experiences.

Indy: Of the students to whom we spoke, several drew a parallel to Harvard Time and claimed that administration is trying to get rid of things that make Harvard truly Harvard (culturally); as such, we’re losing a sense of tradition and doing an injustice to our school by potentially getting rid of these things.

Did this sentiment come up ever during the discussions? If we’re looking ahead, does what made Harvard Harvard 2, 5, or 10 years ago really even matter today?

Sruthi: This notion of what is “uniquely Harvard” was brought up often during the listening sessions facilitated by administrators as students often shared how their peers at other schools would mention how they wished they had a Shopping Week. In my perspective, traditions can be meaningful as they help build a shared culture and sense of identity across students on our campus when those traditions are truly inclusive and serve a valuable purpose. One such example that stand out in my mind is Housing Day, which brings together students from all pockets of our campus for an inclusive celebration to welcome first-years into their future houses!

Change can be uncomfortable for many people, but sometimes change is necessary to bring about positive outcomes. In the case of Shopping Week, it is not only a mere tradition but a central aspect to the Harvard academic experience which helps further the College’s liberal arts mission of intellectual curiosity and academic exploration.

While the resolution regarding Shopping Week has resonated well with the student bodies, the implications regarding future discourse between Administration and students is just as significant. As discourse on single gender organizations and further future change at Harvard continues, the necessity for trust and transparency becomes further apparent.