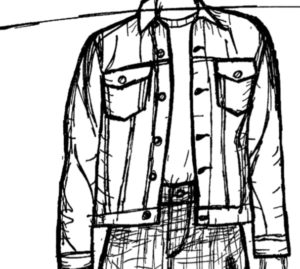 The beginning of April saw the start of Sexual Assault Awareness Month (SAAM) on Harvard College’s campus; led by the Office of Sexual Assault Prevention & Response and the Consent Advocates and Relationship Educators (CARE), multiple events are being held on campus to help raise awareness about the work that these groups do on campus. Most students will be made aware of SAAM through the Harvard Wears Denim Day. This year, the day falls on April 24th, and is aligned with the International Denim Day led by Peace Over Violence. The day involves wearing any item of denim clothing in order to show your solidarity against sexual violence, and Harvard will be participating in the event this year for the fourth year running.

Denim Day gained international recognition when it began over 20 years ago. After the Italian supreme court overruled a rape conviction on the basis that the victim was wearing tight denim jeans, and therefore must have been compliant to the sexual activity by removing these jeans, denim has been used in protest to sexual assault and rape. The day after the overruling, women who worked in the Italian court system protested by wearing jeans, whilst also holding cards that had the phrase “Jean: An Alibi for Rape” written on them. From this sparked the idea of a day where people should wear denim to show their support for justice and rightful attitudes towards sexual assault, with Peace Over Violence running an annual Denim Day. So far, over 20 U.S. States now recognize it as an official day, showing the power of the movement that began so long ago in an Italian courtroom.

Harvard’s own Denim Day is a great example of a way for students to connect with one of the many campus peer groups that work to uphold justice and provide support for the student body as a whole. Whilst much of their work can often go unnoticed, Harvard Wears Denim is greatly publicized on campus through Facebook groups, emails, and events preceding the event itself. To learn more about CARE and the day itself, the Indy connected with Kimaya Cole, a junior living in Adams who is spearheading CARE’s work for Harvard Wears Denim, and all the other events on campus for SAAM.

Indy: How did you first become involved with CARE on campus?

Kimaya: Currently, I am Director of Operations of CARE, but I was first introduced to CARE during opening days, like every other freshman. I remember being so intrigued and inspired by their workshop surrounding the topic of consent. While I had received sexual education training in 8th grade, CARE’s workshop was nothing like what I had experienced and I was so used to abstinence being the key component of sex ed curriculum, instead of consent. I wanted to learn more about sexual assault prevalence and prevention on campus and, additionally, find ways that I could leave an impact on Harvard’s campus, and I decided that joining CARE was the perfect group that would help me achieve both of those things.

Indy: What have your experiences been while working for CARE on-campus?

Kimaya: I have loved every second of working for CARE. I always tell people that training for CARE has been the most rewarding experience on campus. I have learned so much about healthy relationships, including power dynamics, sexual assault, consent, and how to be aware of and intervene in any of these problems if I see them. CARE has also introduced me to a community that is so caring and dedicated to achieving the same mission of creating a culture where sexual assault is not tolerated on Harvard’s campus, that it makes it so fun to work with them everyday! This year was especially notable for me because during the recruitment process for CARE, I interviewed a lot of applicants who said their freshmen workshop inspired them to learn more about CARE’s curriculum and pushed them to want to make a difference on this campus as well. Hearing people give this feedback on the workshops my fellow CAREs and I gave reminds me why this work is so important and I am so happy to be a part of this. It is a great feeling knowing that I have empowered even one person to want to learn more about these topics or become an educator themselves and educated fellow peers about sexual and gender-based violence and how to support survivors in trauma-informed ways.

Indy: What were your highlights of the Harvard Wears Denim day on campus last year?

Kimaya: Harvard Wears Denim (HWD) or Denim Day is always a fun, exciting day! It is awesome seeing so many people and various groups on campus come together to raise awareness and stand by sexual assault survivors. So many people actually came up and asked me “Why Denim?” and I loved that people were genuinely curious and wanted to hear the importance behind this event. To put it into perspective, over 5,500 people participated and over 140 student organizations pledged solidarity!

Indy: How can people get involved with the day on Harvard’s campus?

Kimaya: People can get involved with HWD in a few ways. The first and most visual way would be going all out in denim on April 24th. We also accept solidarity sponsors, which people can sign up for individually or with a group, who demonstrate their commitment to supporting survivors and wearing denim. And finally, whether you wear denim or not, we want everyone to show up to participate in all of the fun activities CARE has planned in the Science center on April 24th from 12-2:30pm.

Harvard Wears Denim Day promises to be the perfect way to show Harvard’s solidarity against sexual assault and the injustices so often surrounding it, but it is only one of many events that CARE will be running for Sexual Assault Month. For a full list of the events that will be on campus, please see below.

Mimi Tarrant ‘21 (ameliatarrant@college.harvard.edu) is excited to wear her denim jeans to show her support for Denim Day and the great work that CARE and other peer-group resources do on Harvard College’s campus.