To the Younger Version of Myself, During Freshman Year

I received my Harvard acceptance in the Spring of 2013. Afterward, my mom took me to the Tex Mex restaurant I had gone to nearly every Friday night with my family. This time it was just me and her, during the day. She ordered a margarita like she did every Friday night – frozen, no salt.

They brought her a margarita with salt on the rim anyway. As I dipped my first chip into the complimentary salsa, my mom reached for her margarita and broke down in tears, overwhelmed by the accomplishment.

My life looked very different then. Before I came to Harvard, I did not have a laptop. I did my homework on the computers at the school library and on the bulky desktop we had in our house. The internet at home never functioned, even though it was wired, because my house is old, and my dad is always installing some dubious tech setup he was given by visiting relatives from Iran, his native country. 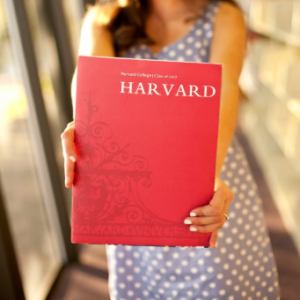 My then-hometown was like a real-life reproduction of Friday Night Lights. The whole world revolved around football, Jesus, and oil production, in that order. No one from my high school had ever been admitted to an Ivy league institution before I applied. No one had recruited me either. I just had some great teachers who believed in me, a loving family who encouraged me, and a lot of determination.

That August, I left my old house in my Southern small town with a single suitcase and the backpack I had carried throughout high school. My parents could not come to Harvard to help move me in because they did not have the money nor the ability to take off of work. Nonetheless, I arrived on campus smiling, in a sundress I had bought from Target for my senior pictures earlier that spring.

During one of those early events that become a blur in hindsight, I remember sitting inside of Sanders theater with my freshman classmates. As someone, maybe Drew Faust, was speaking, I had that tingly feeling under my skin, a sense that makes you more aware of being alive, like when you sip a ginger tea or step into a cold shower. I was sitting on one of the balcony seats and was amazed to be surrounded by the best and brightest people from all over the world. I was so excited to know that I was one of them.

I was extremely proud of myself in that moment, but I subsequently spent my entire Harvard career being ashamed of myself. After that moment in Sanders, there were times when I was ridiculed because of who I was and because of where I came from. So much so that eventually, I stopped being me, and I started being what I thought people at Harvard wanted me to be. I hope that in writing this that future students at Harvard who come from backgrounds similar to my own, with insecurities similar to the ones that I held, will be true to themselves and not make the same mistakes that I did.

To the younger version of myself, during freshman year, I would say:

And for practicality’s sake, girl, trade in that sundress for some jeans and a winter coat.

Ariana Akbari (aakbari@college.harvard.edu) is a super-senior with a lot of wisdom under her belt.