The Side of Justice

By JILLY CRONIN and EVELYN GRAY 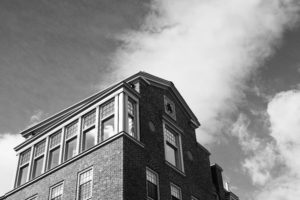 Over the past few weeks, the Winthrop House Dean, Ron Sullivan, has received major backlash over his decision to join the legal team representing Harvey Weinstein. Since Dean Sullivan has announced that he will represent Weinstein, a student group named “Students for the Removal of Winthrop Dean Sullivan” has led numerous protests. In addition, there has been an incident of vandalism with graffiti demanding that Dean Sullivan step down as Winthrop Faculty Dean. The spray painted messages were written outside the Faculty Deans’ residence where they live with their two children.

Thus far, student voices calling for Dean Sullivan’s removal have predominated, even though only 298 students out of the 6,699 undergraduates at Harvard have signed the petition circulated by the student group (as of March 10, 2019). To better understand the role of a defense attorney, The Independent reached out to the renowned civil liberties lawyer and Harvard Law School Felix Frankfurter Professor of Law, Emeritus, Alan Dershowitz.

Professor Dershowitz is widely known for his work in civil rights and civil liberties, comparative and foreign law (particularly Jewish law), and trial practice. Though Professor Dershowitz has received criticism over his recent statements, he remains highly esteemed in the legal realm and has been presented with many accolades for his commitment to human rights including, in 1983, the William O. Douglas First Amendment Award.

Upon hearing the details of the recent student activism and incident of vandalism, Professor Dershowitz was immediately reminded of his college years – a time when the country was embroiled in debate over Communism and when McCarthyism was at its peak. He observed that if “in those days [a Dean] had represented a communist, [students] would have [made] tremendous efforts to try to remove him, and he probably would have been removed.” He expands on this line of thinking, stating that if “25 years ago they had appointed a gay man or a lesbian woman to be a Dean there would have been students saying ‘we don’t feel safe’ and ‘we don’t feel safe in their presence.’ […]  If 10 years ago they had appointed a Muslim Dean who wore a burka students would have decided ‘we don’t feel safe.’”

Professor Dershowitz pointed out that “we are not talking about Harvey Weinstein” as a source of fear, “we are talking about Ron,” characterizing Dean Sullivan as “the safest guy in the world.”

Professor Dershowitz believes Dean Sullivan’s representation of such an unpopular man offers “a good educational moment.” Professor Dershowitz encouraged students to understand that just because Dean Sullivan, as a mentor in the community, is representing somebody, it does not mean that he endorses the actions with which the client is being charged. Rather, it is a matter of the principle of due process. Dean Sullivan has dedicated his career to ensuring that every person – regardless of race, class, gender, or any other identifier – receives the protections of the Sixth Amendment.

Dean Sullivan has been recognized for having secured the release of over 6,000 wrongfully incarcerated individuals – more than anyone in US history – especially through his work in the wake of Hurricane Katrina. His representation of Harvey Weinstein does not represent a break from those values just because Weinstein is unpopular. Rather, it is the mirror image of the same fight for due process and justice for all. These aspects of his work are two sides of the same issue and cannot be separated.

It would be preposterous to suggest that his work be solely reactionary, rather than preemptive. Dean Sullivan is working to guarantee that those who are convicted are punished only for the crimes that they have undeniably committed, and that the punishment is consistent regardless of the background of the accused. Professor Dershowitz specifically asked The Independent to note that “the leaders of the campaign at the Harvard Law School to support Ron haven’t been people like me or Larry Tribe. It has been the women on the faculty – Janet Halley, Jeannie Suk, and Betsy Barthel.” He believes that the women at HLS “have been terrific on this issue”.

Professor Dershowitz, though disappointed, was not surprised by some students’ reactions to Dean Sullivan’s legal representation of Weinstein. He stated that, “We live in an age where free speech and due process are subordinate to end results. People don’t care about due process or the presumption of innocence – they know the truth and the truth is that Harvey Weinstein is guilty. Anybody who is accused of anything that they don’t like is guilty. But that’s just not the way the system works.”

Dean Sullivan has proven his commitment to protecting this system and making sure that it is applied to everyone regardless of their background or public image. Only by taking on unpopular or “impossible” cases can he expose flaws in the system as it currently operates and set the precedent of change. Dershowitz concurs, stating that “somebody like Ron who has tenure has to be the one to defend the most unpopular people. If he won’t do it, nobody else will. That’s why it’s so important.”

Professor Dershowitz points to the founding principles of this country and the fact that “our constitutional Founders believed ‘better ten guilty go free than even one innocent be wrongly confined.’ I think most of these students don’t believe that. They think it is better for ten innocent people to go to jail than for one potential sex offender to not.”

In regard to the climate review led by Dean Khurana, Professor Dershowitz deemed it “a cowardly reaction” and “a soft form of tyranny.” Dean Sullivan pointed out in his interview with The New York Times that never before has a Faculty Dean been subject to a “climate review” amidst controversy.

Professor Dershowitz asked if another service professional would have been similarly crucified. To compare, he posed the hypothetical of a rabbi or priest giving Weinstein a blessing or a sense of worthiness. Or, in the case of an emergency room doctor, “would the students say, ‘Oh no, he should have killed him,’ or, ‘You should have refused to treat him’?” Would there have been call for a climate review then? He thinks not. It is absurd that Dean Sullivan is being subjected to this type of scrutiny when he has never been accused of any type of misconduct. Sullivan’s engagement in the American tradition of due process in no way equates to an endorsement of Weinstein or his alleged crimes. The climate review is a grossly inappropriate response to the situation at hand.

Dean Sullivan’s significant experience in the legal system and his impressive record of representing survivors of rape makes him an invaluable resource to students on this campus. He is able to support and advise students who may be unsure if they have a valid legal case or how to go about making it. Dean Sullivan has the ability to answer these questions with a singular level of knowledge and expertise. There simply are no other adults in a similar position on Harvard’s campus who have this combination of kindness and respect with a real, actionable competence in the legal realm. He can truly change outcomes for survivors and has done so time and again. To put it simply, Dean Sullivan is an irreplaceable resource to students because he can help them in ways that others cannot.

To suggest Dean Sullivan’s removal from the position of Winthrop House Faculty Dean is an affront to the basic principles of due process in this country. If Harvard believes in its guiding motto of veritas, it will stand with Dean Sullivan. Harvard should not allow one of its most beloved faculty members to be bullied for taking seriously his obligations under the Sixth Amendment. Dean Sullivan is a model in his integrity, and Harvard should take note.