The People We All Love To Hate

The Stereotypes of Harvard Students 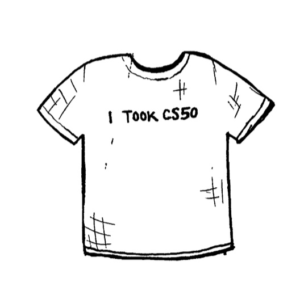 It’s pretty fair to say that Harvard is one of the quirkier Ivies out there, so it should come as no surprise that the people here are just as strange. What even is Harvard if it’s not filled to the brim with some of the strangest, most pretentious and often-times-oblivious people that the world has to offer? A name like Harvard attracts people from all walks of life, and by this point in the semester, you must be able to recognize the typical tropes that people here tend to fall into. If not, you either don’t have any form of social life at Harvard or even worse, you’re one of the stereotypes yourself. You have been warned.

The Ivy Geek: If you didn’t come to Harvard fully prepared to do academic battle against the Ivy League Geek™, the most socially awkward of all college nerds, then most probably you were already one of them. The goal of this person is to walk away from their Ivy League education with at least a 4.0 GPA (yes, they are aware that technically the system doesn’t go higher than that, and yes, they will still get that A even if it kills them). If this person isn’t awake at 4 a.m. furiously scribbling away at a P-Set or some essay for that uber-prestigious law school class they’re taking, you’re worried for their safety. If this is you, congratulations on fulfilling the classic Harvard stereotype, the reason why we say we ‘go to a school in Boston’ whenever someone from home asks. Here’s to your nerdiness messing with the curve in some gen-ed that everyone was hoping would be a gem; didn’t you know that just getting into Harvard is enough?

The ‘Wanna-Be’ Athlete: Look, exercise is great, and we all know athletic-wear is even better. But if we’re being real, Harvard students wear sweats so often that it’s hard to tell athletes and “NARPs” apart, leading to confusion about who actually plays a varsity sport. No, just because you lift twice a week in Palmer Dixon does not mean you can start to mix with sports teams. Neither does it mean that you can pull the athlete card on your TF to get out of that assignment. Luckily, Harvard Athletic’s new Nike deal has helped solve the problem. If you’re not wearing a big black Nike coat, you’re not really an athlete. Here’s looking at you, club sports.

The Final Club Guy: Usually noticeable by their loafers and Patagonia sweaters with the zip just a little too low to show their bare chest, the Final Club Guy is hard to miss. Check them moving around in packs as if they can’t function alone, and count yourself lucky if one of them actually makes eye-contact with you. Yes, they are that important –  even mere eye-contact with them should be seen as a privilege. After all, Daddy didn’t teach them how to assert authority over all of the “lower class” people for nothing. Harvard may be trying to shut the Final Club Guy down, but there’s surely nothing that a little bit of money won’t fix? Drew Faust wasn’t having any of it, but word on the street is that Larry used to be one of them, so maybe the trust fund will come in handy once again.

The D-Hall Traffic-Stopper: If you know, you know. It could be that person who decides to spread their peanut butter on their bread meticulously, using the peanut butter knife and jamming up the whole spread area with their inability to just take and go. Or that one who decides that they would rather put each pea on their plate one at a time, just because they can take their sweet, sweet time. Not forgetting the person who decides to see how loud they can talk in the morning, as everyone within a five mile radius should definitely hear their story about how they once ate a raisin (!)  thinking it was a craisin (!!) but it was actually a raisin (!!!) and it was life-changing. Trust me, the story is even more exhilarating at 8 in the morning. Everyone has their d-hall nightmare, and if you don’t, well then you are most definitely someone else’s.

The New Yorker: Despite a large overlap with ‘The Final Club Guy’, the term ‘New Yorker’ refers to a specific subset of the elite. You can try to fake it ‘till you make it, but the truth is that unless you’re actually from the city of all cities, you’ll get caught out somehow. These are the people who don’t even know what HUDS tastes like, for god forbid that they actually have to eat in such a common place as the dining hall. Also easily distinguishable by their Instagram feeds, the New Yorker has a disproportionate number of followers for their actual popularity on campus and regularly posts about their trips to Europe. We get it, you’re rich. Now go back to your mansion and leave us all in peace.

The “What are you doing this summer?” people: There are only two circumstances where the question of “What are you doing this summer?” can be acceptable. First, if you are being held at gunpoint, your life depends on it, and your hostage demands that you answer the question. Alternatively, it may be permitted if you are the person’s mother. All other circumstances are just unnecessary, a un-subtle way of flexing your amazing internship in that amazing city with its amazing pay. Let’s not lie, we know Daddy just pulled some strings to get you in on it. Next time you want to show off by glorying in other people’s lack of connections, just speak to some of the BU girls in the PSK on a Saturday night.

Mimi Tarrant ‘21 (ameliatarrant@college.harvard.edu) has decided that we are merely living in a simulation despite what the physicists argue. They can be added to ‘The Geeks’.