The Harvard Science of Psychedelics Club

The new Harvard Science of Psychedelics Club had their first meeting last Tuesday. 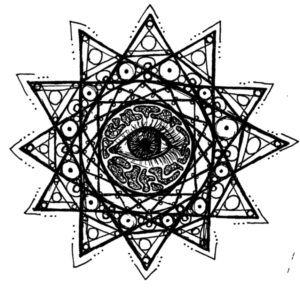 The Harvard Science of Psychedelics Club held their first meeting last Tuesday, February 12, at 8 p.m. in Boylston Hall. According to its mission statement, the new club “is dedicated to an interdisciplinary, philosophically motivated, and scientifically rigorous study of psychedelics and, more broadly, human consciousness. Our club aims to be a forum for the discussion of psychedelics and consciousness research, integrating perspectives from neuroscience, philosophy, spirituality, physics, art, psychology, and medicine. In addition, club members will be welcome to participate in drug-free activities and workshops with the intention of exploring altered states of consciousness.”

The club’s first meeting was a success; over two dozen people filled the Boylston Hall meeting room. The club’s three leaders— JJ Andrade 19’, Kenneth Shinozuka 21’, and Andrew Zuckerman 21’— led the event, which began with a presentation on the club’s goals and broad plans for the first semester. They plan on holding frequent meetings to discuss scientific research, philosophical ideas, and literature related to altered consciousness. The group also plans to host open-to-the-public talks with prominent thinkers in psychedelic science and mindfulness, such as Michael Pollan, who taught at Harvard last term, and they also would like to host discussions between meditators, philosophers, and “psychonauts” (people who have experimented with a wide range of psychedelics.) Finally, the group plans on experimenting with a number of drug-free consciousness-altering group exercises; at this first meeting, Zuckerman led a 5 minute group meditation, followed by the prolonged, mindful eating of pieces of chocolate. Many attendees expressed their enjoyment of this peculiar experience, which made them appreciate the chocolate much more intensely than usual.

The group’s leadership is excited for the new venture, and made sure to highlight the value they see in psychedelic science. Andrade stated that they founded the group because “we really believe in the power of psychedelic medicine for transforming not just the field of psychiatry, but the world in a very real sense.” The medicinal use of psychedelics is still in the early stages of being rigorously researched, due to decades of criminalization started under the Nixon Administration, but the initial findings indicate extraordinary potential. Andrade bemoaned the underdeveloped state of psychedelic research, claiming that “any scientist worth their salt has the obligation to stand with the progress of science and against dogmatism that impedes it for no good reason.” The group is particularly excited to host a talk with Rick Doblin, the head of MAPS (Multidisciplinary Association for Psychedelic Studies), who, according to Andrade, is “spearheading the remarkably promising trials to use MDMA to heal treatment-resistant PTSD.”

Shinozuka is particularly interested in the use of psychedelics to investigate still-unanswered questions about consciousness. He said that “consciousness is one of the least well-understood phenomena in the universe, but rigorous scientific research on psychedelics can advance our knowledge of this fascinating enigma, since psychedelics open up dimensions of the human mind that we normally cannot access in day-to-day life.” He plans to balance the scientific aspects of the group with a more philosophical angle.

The group has lofty visions of the potential for human change through psychedelics; in an interview, Andrade referred to psychedelics as “tools for exploring our own minds and for building a healthier, more open, and less oppressive human culture,” and expressed hopes that psychedelic research “could contribute significantly to the end of war and human suffering.” However, the group was careful to distance themselves somewhat from their spiritual forebears, the infamous Harvard Psychedelic Club centered around psychologist and psychedelic evangelist Timothy Leary. Leary ran a number of famous tests with psilocybin and LSD at Harvard in the 60s, before cutting ties with the university to become a full-time activist promoting the use of psychedelics; this led him to a prophet-like role in the hippie movement, with positive and negative consequences. He was present at the hearings during the Nixon Administration that eventually led to the criminalization of psychedelics. While Leary’s messianic belief in the world-changing power of psychedelics may have had merit, now supported by emerging research into these substances, many critics accuse him of possibly setting research back by pushing psychedelics in the wrong way as their unofficial spokesman, leading to establishment backlash. While the new Harvard Science of Psychedelics Club owes a lot to Leary and his movement, they made sure to emphasize that the official club will not be using drugs, and that they will focus on scientific research, expert talks, and group discussions. There will be no Kool-Aid served at HSPC events. However, there will surely be a lot of interesting people to meet. Those interested in learning more, attending future meetings, or joining the group chat can email Andrade at jandrade01@college.harvard.edu, Shinozuka at shinozuka@college.harvard.edu, or Zuckerman at azuckerman@college.harvard.edu.

Aidan Fitzsimons (aidan_fitzsimons@college.harvard.edu) swears that even though he has not yet drank the Kool-Aid, he isn’t, you know, a narc or anything.