Harvard Athletics putting a Band-Aid on a broken leg

This week saw the 33rd annual National Girls and Women in Sport Day (NGWSD). Organized by the Women’s Sport Foundation, the initiative aims to celebrate the countless benefits that women can receive by partaking in sports, while also increasing awareness of strategies and policies in place to help increase female participation in sports. The Foundation relies on elite female athletes and institutions to support its goals, and it is for this reason that Harvard held its own event in honor of NGWSD. On Saturday, Harvard Athletics hosted local children before and during the Harvard Women’s Hockey game at the Bright-Landry Hockey Center. With the hockey team playing Ivy-rival Brown, it was the perfect showcase of many talented women performing at the highest level.

Other female teams were asked to participate in the event by helping out with the activities for the children. Teams such as field hockey, soccer and volleyball were all represented, and roughly 50 young children attended the event an hour before the hockey game, making signs and interacting with the varsity athletes. Children as young as four were taking part in the festivities, wearing the colorful t-shirts that Harvard Athletics had provided, whilst older children were also present, playing cornhole and getting excited for the game ahead. With many local children experiencing Harvard’s generosity as well as connecting with current student-athletes, the day was a resounding success — and the hockey game ended with a Harvard victory, the perfect way to end the annual event.

As refreshing as it was to see so many people in support of women in sport, the event was a reminder of how much still has to be done to achieve equality between male and female athletics, at both the collegiate and national level. Whilst there is legislation and policies in place to help address this gap, there still are incomprehensibly large cultural barriers, as exemplified in the opinion of one young girl who visited the event at Harvard. On her way to Harvard, she asked her mother a single question: “do they let the girls play?”. The shocked parents voiced their concerns at the event later that day; before even attending school, the girl had preconceived ideas about what girls were capable of doing as a result of cultural exposure. This should come as no surprise, as a study back in 2009 found that women’s sport only received 1.6% of airtime on ESPN SportsCenter and other news broadcasts, a shocking underrepresentation.

This alarming conversation only exposes a small part of the larger-scale problem of women’s participation in sport. It is an issue that is not just contained in the United States; globally, various initiatives have been set up to encourage young woman to participate in sports. The benefits of participation in sporting programs are undeniable, with the Women’s Sport Foundation saying that it helps to develop “confidence, strength and character”. It is for this reason that Title IX was introduced in 1972, a federal law that states:

“No person in the United States shall, on the basis of sex, be excluded from participation in, be denied the benefits of, or besubjected to discrimination under any educational program or activity receiving

Whilst Title IX affects all aspects of college life, it has significant influence on college athletic programs especially. The opportunities and amount of scholarships given to male and female sports, as well as the money spent on other program requirements, such as equipment, all come under scrutiny. If a college athletics program has one million dollars to give out in the form of scholarships, and the ratio of male to female athletes on campus is 1:1, then the scholarship money must be split in this ratio between men and female programs. The aim of this law is to create equal opportunity, not by dragging men’s sports down, but by lifting women’s sports upwards by providing adequate resources.

Despite the unquestionably positive intentions of Title IX, there remain many flaws with the legislation. First, there is the obvious fact that every sport differs in the size of their roster, and therefore require different levels of funding. There are no female sports that can match football in size, and as Division I schools are able to offer up to 85 scholarships for football, this takes up a significant proportion of the ‘male’ side of the budget. In addition, these high-profile, high-expense sports are the ones that create revenue for universities, making colleges even more inclined to support them.

As a consequence, smaller male sports that do not bring in revenue are often cut or dropped, as they simply cannot be afforded in compliance with Title IX. Another argument against Title IX is that it does little to tackle the stigma ofwomen in sport; whilst increasing funding can help slowly break down the stigma, there remain the gender stereotypes and increased male influence, especially in the sports media and administrative sector, which ultimately prevents women from participating in sport. Title IX provides the opportunity, but little is done to encourage women to grasp this opportunity and utilize all that is offered to them. 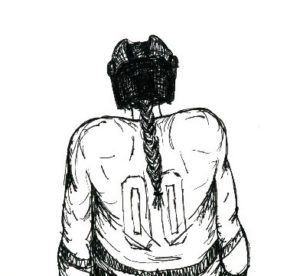 Examining Harvard’s Athletic Department (and how it faces Title IX) reveals that the law still allows for certain loopholes.

Title IX applies only to student-athletes and has no authority over the hiring of administrators or coaches. At Harvard, there is a huge discrepancy in pay between male and female coaches; in 2015-2016, male head coaches made on average $114,196 per year, as compared to female head coaches receiving only $80,097. This inequity is exemplified through all male sports having a male head coach, and only 8 women coaches working with male sports in any capacity. This is in contrast to half of the women’s teams having male head coaches, showing the drastic underrepresentation of women coaches in Harvard’s athletic set up.

The stark reality is that whilst violation of Title IX is supposed to be followed by withdrawal of federal funding, this is yet to happen in the United States, despite the failure of many institutions to follow its rulings. Similarly, the law does little to address the administration within athletic departments, and simply looks to try and bring about change in a superficial manner. Whilst NGWSD at Harvard was a step in the right direction, leaps and bounds are required to get the department to where it needs to be in terms of gender equality in sport.