Once again, Boston won, and Boston college students did what they do best.

Boston is, to put it lightly, very good at winning championships. While both the Boston Red Sox and New England Patriots were losers for most of the 20th century, they have won 10 titles between them in the 21st; throw in a Bruins Stanley Cup win and a Celtics NBA Championship, and it becomes clear that Boston has been the dominant city in American sports so far this millenium. When Boston wins a championship, the city’s many college students traditionally congregate in Boston Common for a good old fashioned celebratory riot. With the Patriots’ victory in this past Sunday’s Super Bowl, hundreds of students clad in fan gear once again flooded Boston Common, many of whom likely did the same thing just a few months ago for the World Series Champion Red Sox. The Harvard Independent’s resident Pats fan was, of course, on the scene.

The mob of young New England fans covered large swaths of the Common, with dense masses clustered spontaneously around arbitrary landmarks. Everyone seemed to have come with a group of friends, and most stuck with that same group; at first, it struck me as funny how lonely one could feel in a mob. There were constant cheers, whoops of joy, and chants that would start around a group and spread. While there were some positive chants, such as “To-om Bra-dy,” “Let’s go Pa-ats,” “Too Old, Too Slow,” (referencing the way commentators have dismissed Tom Brady and predicted his decline; as evidenced by Brady’s playoff comments, Brady and Boston both love to pretend they’re underdogs) and “Six Rings, Six Rings,” these were enormously outnumbered by the frequently antagonistic chants of “F*** L.A.,” “F*** the Ra-ams,” and, somewhat inexplicably, “F*** the Yan-kees.” Additionally, there were frequent intra-mob antagonisms initiated by groups of men from specific colleges: “F*** B.C.,” “F*** B.U.” This interesting display of “us vs. them” adversarial expression reminded me of our current political climate, and I was disappointed that they were confirming negative stereotypes about Boston sports fans. As one Philadelphia collegiate student mentions regarding the Super Bowl Parade following their win last year, “the one time the city actually comes together, we manage to fall into every behavioural cliche the rest of the country despises.”

One typical riot activity is the climbing of trees, and, as longtime Indy readers know, I cannot resist a good tree-climbing opportunity. I climbed into an empty tree over a large part of the mob and tried to use my platform to inspire positive social change, shouting over the mob things like “Positive rhetoric! Positive rhetoric! Thank you Tom! Thank you Julian!” The cops, who had been taking people down from trees over and over, only to see the trees inevitably inhabited again, shone a light in my face and told me to get down. “We’re better than this Boston! Use your power for good! Be grateful!” I shouted into the light, as the cops shouted more at me, before I finally dismounted. It didn’t work; a “F*** B.C.” broke out a few minutes later. 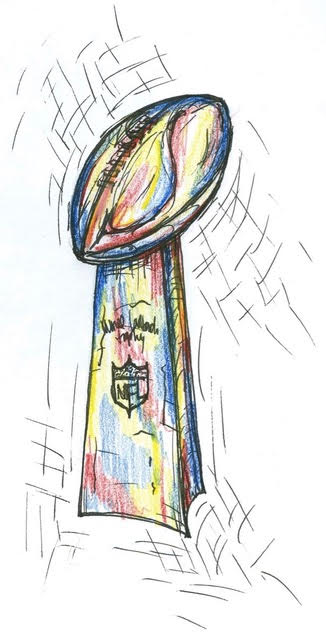 The riot had some highlights. One particularly drunk student in a small tree bounced up and down in an attempt to break branches, including, brilliantly, the one he was presently on. He broke a few branches, and almost fell a few times; the cops tried to get him to come down but, with his hat brim covering his face, he held out for a full ten minutes in the tree, an impressive feat to his fellow rioters, many of whom threw him beers as he taunted and waved. He was eventually arrested; the mob swarmed around the cops in support of their hero.

There was a lot of unnecessary carnage. There’s just not much to do at a riot besides break things, and the group imagination was stale at best. Gone was the creativity showcased at the mob for the Pats’ incredible Super Bowl victory over the Falcons two years ago, when rioters like my freshman-year self climbed on cars, skated out onto ice, and placed traffic cones in hilarious places. This mob simply recycled the classic group activities that have been featured at every such riot: primarily, breaking public property. Some bold men repeatedly attempted to shimmy up multiple large lightpoles in order to smash the old-timey lamps atop them, an event that was always met with cheers from the crowd, even as broken plexiglass fell on those closest to the poles. Taxpayer money was further wasted by the destruction of multiple trash cans. The stress damage to a large, 20-ft fence was particularly ridiculous; at one point, around two dozen rioters were straddling the top of the fence, and more than half of them were actively throwing themselves back and forth, attempting to topple the very fence that was holding them high off of the ground. “What do you expect to happen if you succeed?” I shouted at the fence-riders. I implored them to stop, especially since there were dozens of people who were close enough to the fence on the ground so that, if it fell, these onlookers would be injured as well. They didn’t listen to me, but they did listen to the police, who got them all down, leaving the fence bent but unbroken. It was right about then that someone threw a canister of tear gas. That was my first time being teargassed. It was certainly a novel experience.

All this is not meant to paint an entirely negative portrait of the near-annual Boston Championship Riot. Hundreds of happy people gathered to share the joy of their mutual victory and to share pride in their city and team. People jumped and laughed and chanted; they felt that collective effervescence, that social and religious force that makes us human. I hugged friends from BU and Emerson and Northeastern. If you simply shouted into the air “Does anyone have any nicotine?” someone within two or three feet would instantly share their Juul with you. There was all sorts of sharing going on, and there were many ways that people got out their mob energies. Some people went too far; there is an important difference between climbing a tree (should not be stopped by cops) and breaking a tree (should be stopped by cops). But this doesn’t change how valuable a good riot can be for a community. Hopefully, next year, when the greatest football dynasty of all time gets its seventh ring, Boston Common will see a riot more worthy of such champions.