Thoughts on sex and relationships during the holidays 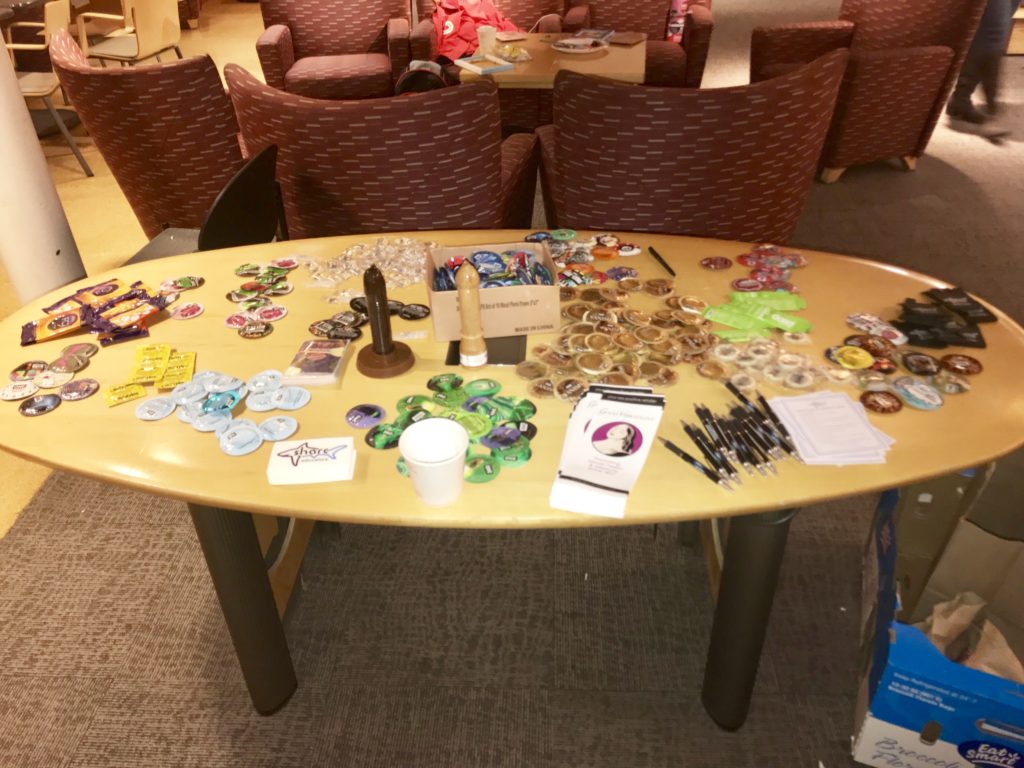 As the holiday season rolls its way into Harvard’s campus, I find myself wondering how different the holidays will be for me now that I’m dating someone.

I already know that the whole shopping-for-presents thing has suddenly gotten three times harder. How does one find the perfect gift for the person they have romantic feelings for? My solution has been to just buy and make as many small, funny gifts as I can for him and call it a day.

I also already know that I’ll probably be spending at least a good chunk of my winter break with my boyfriend, and at least one holiday. That’s really weird in and of itself because of the fact that I have always spent the holidays with my family.

But I have to wonder how it’s going to feel to be with someone during this time of year. Will I be more sappy than usual? Will the festive feelings get too overwhelming? How does one work around seasonal depression while trying to make the most out of the most wonderful time of the year?

I don’t have all the answers, but I do know one thing, and it’s that I’m looking forward to cuffing season regardless of the weirdness.

And I’m not the only one, it would seem.

Naturally, when I’m thinking about romance and holiday cheer I’m also wondering what intimacy feels like during this time of year. Is the sex better because everyone’s feeling merry? Or is the stress of having to be around family members you don’t like a major turn off? Will we be too full of holiday dinner to even want to have sex?

The one thing I’m not questioning is whether or not we’ll be having safe sex, because that’s non-negotiable.

This past Tuesday, Harvard SHARC addressed that topic during their Cuffing Season event. I was only able to go for the last hour, but what I did witness there was really enjoyable. They had set up a table full of food, another of crafts, and yet another with a condom display. What truly stole the show was the lottery table that was littered with all manner of sex toys and sex-ed pamphlets. It was incredible to observe how SHARC had managed to put together an event that encompassed holiday cheer and sexual health and wellness so entirely.

I had a chance to ask some SHARC members their thoughts on the event. Peyton Benac ‘21 from Leverett House said “Harvard has a weird dating culture that’s a weird mix of hookups and serious dating. SHARC’s job is teaching people how to have safer, more pleasurable sex. We have a ton of resources from Good Vibrations and HUHS. This event is just part of keeping up SHARC’s larger mission.”

While talking to Peyton I definitely had to admit to myself that Harvard’s strange dating culture definitely contributed to me not having a great holiday season last year.

There’s something to be said for having healthy relationships with the people you’re interested in, whether it’s serious or just a casual hookup. I wish I had learned that sooner instead of letting the negative aspects of some hookups-gone-wrong affect me so strongly.

I also had a chance to speak with Leah Marsh ‘19 about the event. “I think for me part of the goal of this event was to provide a space to raise awareness about SHARC. We included things that don’t have to do with sexual health to provide a more comfortable space to educate people about what SHARC does.”

And make it comfortable they did, I walked away with a combination of free condoms and a rad picture frame that I painted to look like snow. Everyone at the event seemed happy enough to transition from crafting friendship bracelets to entering into lotteries for vibrators.

In the words of Brandi Moore ‘19 from Kirkland, “This event is just generally really cool, we have crafts in the same room as sex supplies and hot chocolate. I think it’s a great way to De-stigmatize sex by making the space comfortable. It’s also really amazing that it’s in a main campus location because it provides an accessible space for people to learn about sex that isn’t hidden away in a basement or office.”

I look forward to attending more events like this during my time at Harvard. It’s amazing to have a space where I can ask all the questions I want about healthy sex and relationships while still feeling comfortable and welcomed.

Alaya Ayala ‘21 (alaya_ayala@college.harvard.edu) is looking forward to being officially “cuffed” this holiday season.