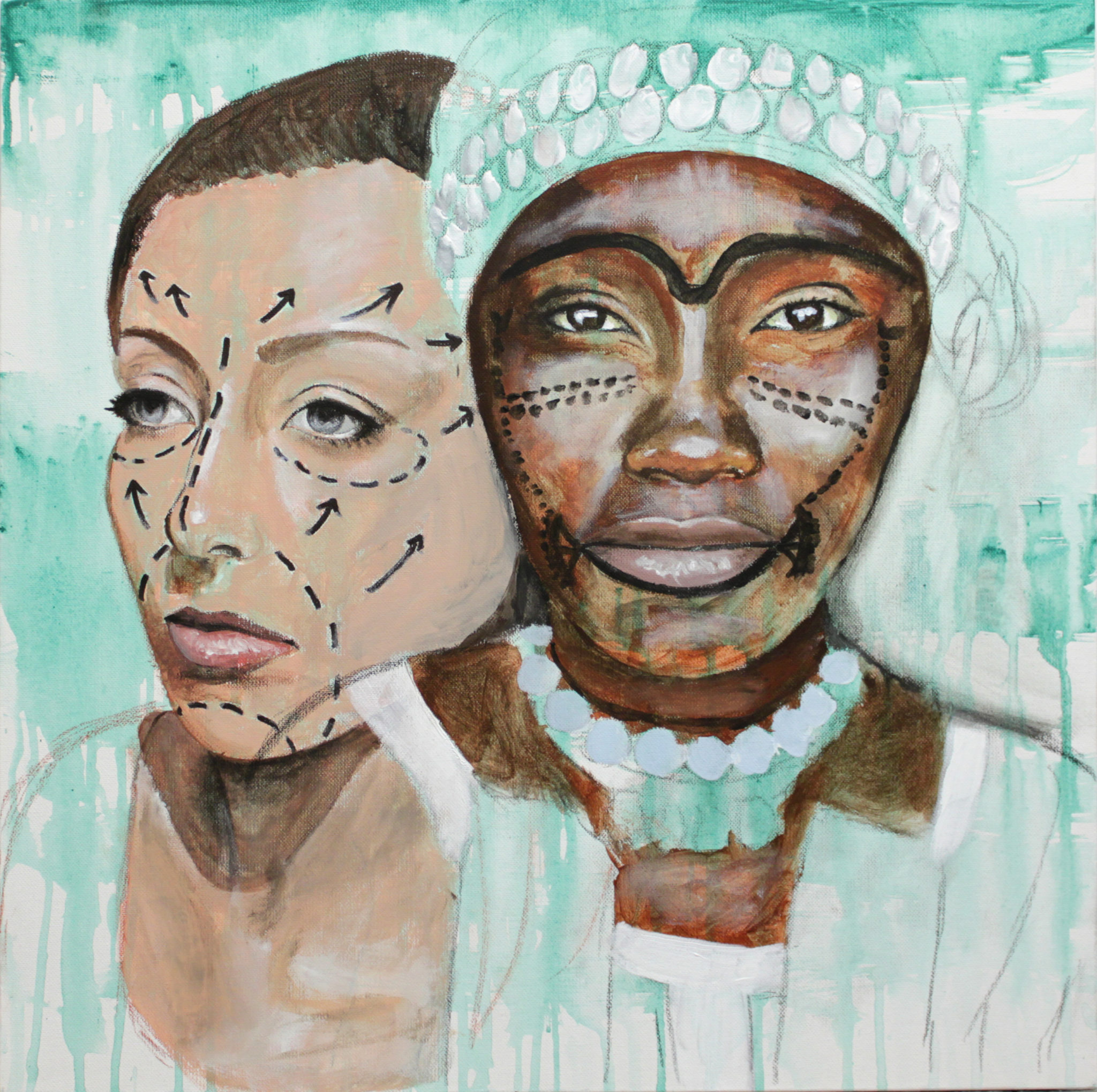 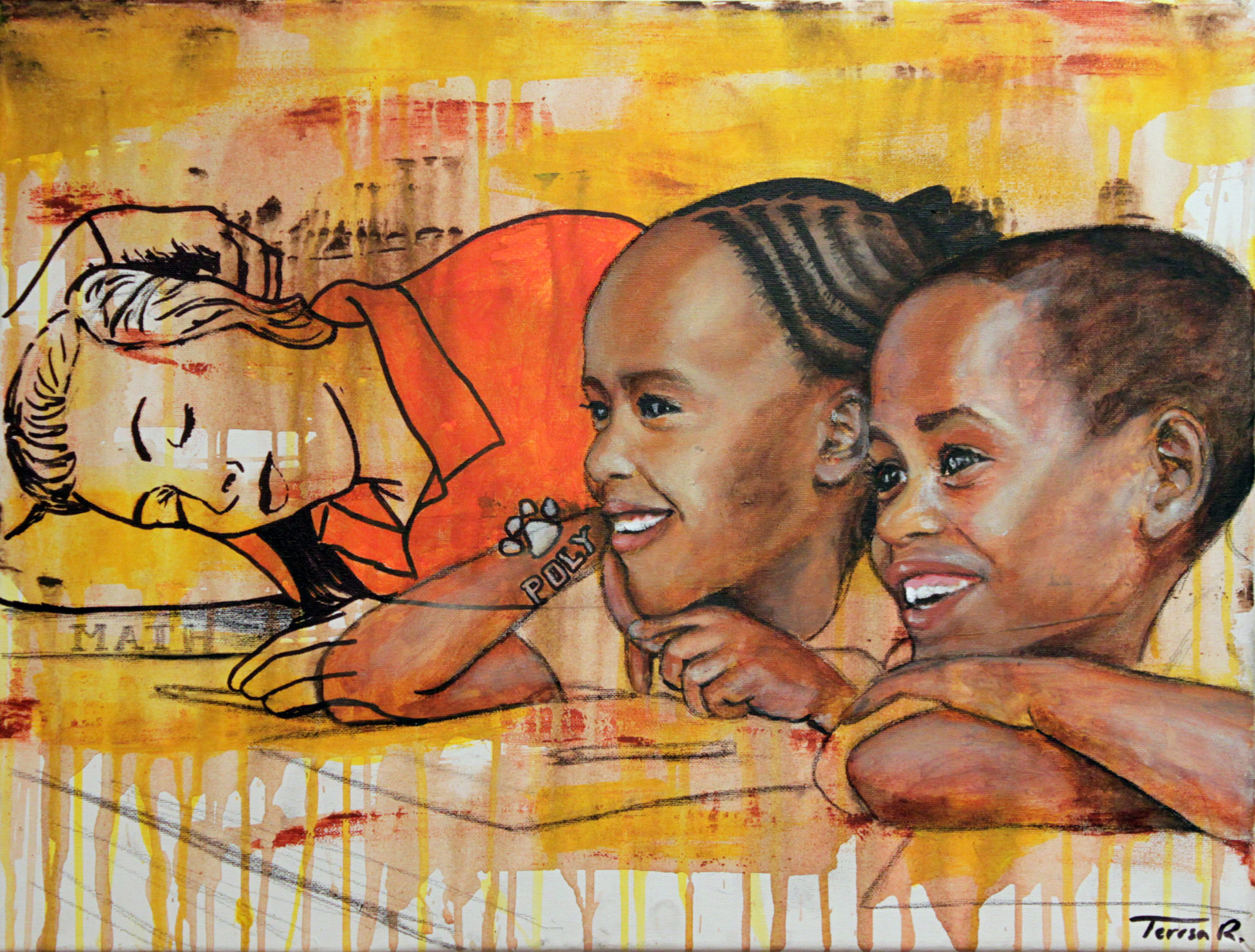 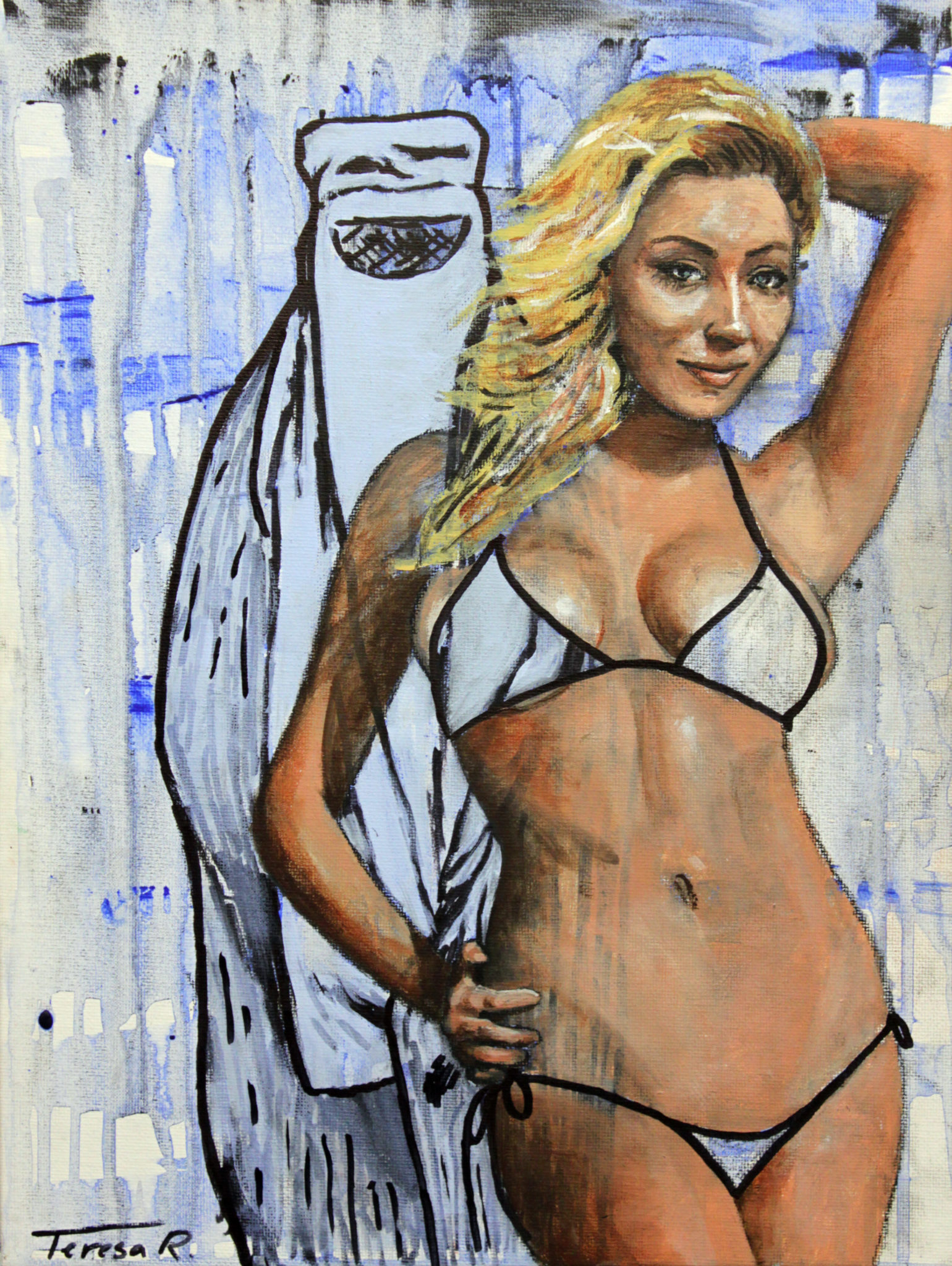 Acrylic and sharpie on canvas

These three paintings are a series I did in my senior year of high school for my AP studio art portfolio. The idea was to represent the same thing in two different ways simultaneously, as it is seen or used or presented in different worlds. I hoped the contrast would highlight either the beauty or ugliness of the various forms, and I often used a modified self-portrait to represent the “first world” I knew so well. The first painting depicts facial markings. While visually similar, one set of markings is part of a tradition of the Hausa-Fulani people of Nigeria, the other set the preparation for plastic surgery. The next painting contrasts the clothing of women. In the background, the extreme modesty of women from Afghanistan hovers behind the extreme boldness of a Western swimsuit model. Both women’s clothing choices are heavily influenced by the men in their culture. The final painting shows me in my private high school’s colors falling asleep in class while two Ethiopian students from a United Nations photo listen attentively. I hoped that these paintings would cause those of us in the “first world” to reflect a little more about our lifestyle and make us uncomfortable with how different we can be from people on the same globe.

Teresa Rokos is a Junior in Leverett from Pasadena, California studying economics. Outside of class, she is a member of the Harvard-Radcliffe Heavyweight crew team, plays the cello with Mather Chamber Music, and is an associate editor of the Harvard Health Policy Review. Teresa has been drawing and painting since a young age and particularly loves to draw people.