The Indy’s Annual Sex Survey and Issue welcomes the sharing of positive and consensual experiences of sex — however you, our readers, define it. Therefore, assault and nonconsensual encounters do not fall even remotely within the purview of the survey. However, I would like to take a moment to remind us all of the discourse within the College surrounding our responsibility engage with this issue. 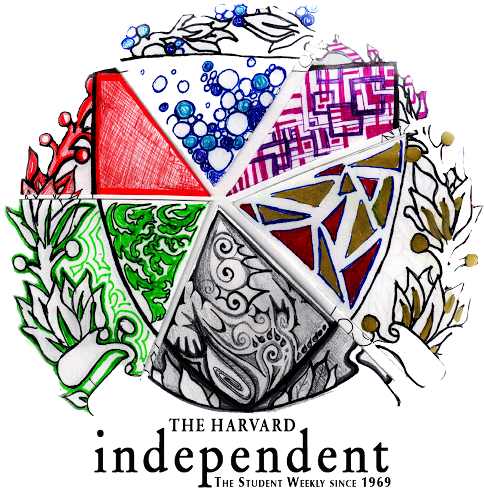 “Most immediately, I invite all interested members of the community to join me tonight at 7:00 p.m. in Science Center D,” publicly stated Drew Faust, immediately following the publication of the Association of American Universities’ (AAU) 2015 Campus Climate Survey on Sexual Assault and Sexual Misconduct. Faust’s rapid response indicated the severity of the results of the publication, and Presidents from Universities around the Country, including President Salovey at Yale, were rushed to issue responses, including, “I am deeply distressed by many of the survey findings…” (President Salovey) and “As a community we must redouble our efforts to address this problem….” (Professor Hyman).

Responses from the college over the next few years until the present day included instituting a wide range of sanctions, developing a series of safe spaces, and creating a loose set of organizations and professionals for dealing with all-encompassing issues of sexual harassment. While policy changes and sanctions regarding Final Clubs have taken the majority of the attention, Harvard also put in place mandatory sexual assault training. This was news to me personally, and after going back to try and find the survey, found several reminder emails buried in my spam folder from the College, but with no other significant effort to push for completion of the training. Similar to the survey, the largest complaint was that the training was highly generic and standardized.

Criticism of the survey, training, and policy implementations are omnipresent, ranging from claims that  “there were only 2 Harvard College students on the 70+ person panel tasked with studying the sexual assault and safety climate around Harvard Students” to the fact that the training and survey were highly impersonal and generic. Sexual harassment, assault, and overall climate are highly personal issues, with each individual story carrying its own significant impact. Attempting to group sexual assault cases into a number, figure, and statistic, and then broadcast that such numbers have decreased is highly misrepresentative of true campus sexual atmosphere and culture.

The results of these studies lay out a large array of data regarding students’ experience with harmful or negative sexual situations, and benchmarks appear to be national averages or region specific colleges. This however, propagates the concerning idea and theme that if the rate of unreported rape at a college is x%, and the national average is y% such that y is greater than x, then that particular college is necessarily doing something right or can be content with their status. The natural follow-up question, thus, is at what percentage does a college or institution claim that they have “successfully combated” cases of sexual harm? The correct answer is 0, but the more intrinsic answer is that statistics and data cannot possibly accurately represent the individualized and personal nature of each case of sexual harm or discomfort.

While the University continues its quest for finding the perfect sanction or ideal mandatory training, its measurement metrics ultimately group individuals with a wide range of experiences into a series of buckets meant to be quantified and reduced. Vague platitudes such as: “Regrettably, sexual assault and sexual misconduct are a widespread societal problem; effectively addressing the problem in society and on campus requires a sustained effort on numerous fronts,” or “Colleges and universities are committed to providing safe settings for students and are working diligently to find new and better ways to prevent, investigate, and respond to cases of sexual assault and misconduct” are littered everywhere, but the most recent AAU advances have all come in the form of big data collection. While big data analysis, the process of quantifying problems and analyzing large sets of information has become an intrinsic part of modern day problem solving, the AAU’s recent initiative to leverage student resources to gather even more data (primarily through surveys) continues the trend of impersonalization. At the end of the day, the numbers describe the problem, while each students’ experience describes why such problems exist. Whether it be as students, organizations, or as a school, those stories hold the true key to making any campus a safer environment.

I hope that, perhaps, the Indy’s focus on positive story-telling and sharing in this issue can promote in some small way dialogue about sex and the positive ways in which students might engage in it — in whatever way you want!