Oftentimes, we first hear about a startup…when just about everyone is first hearing about the startup. In other words, these businesses tend to have an exponential explosion in popularity that vault them into the popular eye. However, for those students interested in creating their own business, the most interesting phase may just be the very beginning. In this article, we hear from Daniel Um, a Junior at Harvard studying Integrative Biology (Computational Biology Track) with a Secondary in Computer Science, and explore his experience with uVedas, a startup he launched October of last year. 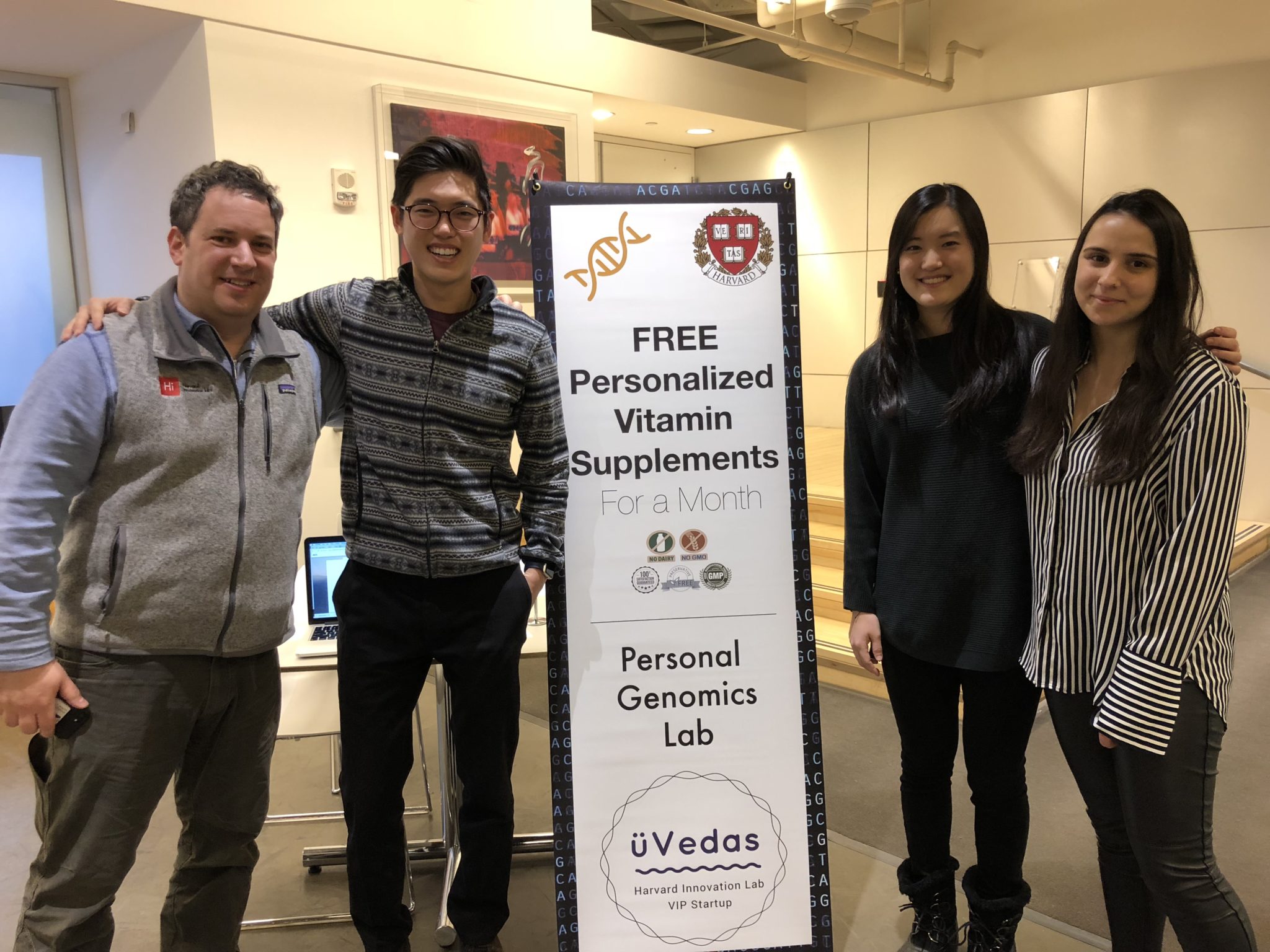 Tushar: Hi Daniel. Do you think you could give me the two second overview of uVedas?

Daniel: Sure. Essentially, we provide personalized vitamin supplements based off of an individual’s DNA, a lifestyle survey they complete, as well as their enhancement goals (like improving focus, or muscle mass).

Tushar: What specific products does your company provide?

Daniel: We are focusing on vitamin supplements and pills (all natural plant based). Your nutrition is made of up of both nature and nurture, so we created a survey online which asks you a set of questions regarding your enhancement goals and personal deficiencies (do you want to get stronger, more focused, etc). We also use a rigorous DNA analysis to identify potential deficiencies, as well as determine which supplements would be most helpful.  The actual product includes a month supply of 30 vitamin packs, meant to be consumed daily.

Tushar: So how did you come up with the idea?

Daniel: I’ve been very active in a lab here at Harvard and we work very much with the genetics of multiple organisms. That, along with my own interest in personal genomics, sparked the initial interest. After taking a genetics class in which we analyzed SNPs (single nucleotide polymorphisms, or allelic changes sometimes correlated with phenotypic changes), I was excited about the topic and found a team to work with. And fortunately my co-founder Anna, who works at the medical school, has a lot of experience in the food-tech and nutrition space

Tushar: So coming into college, did you know that you were interested in launching a startup?

Daniel: I was interested in biotech for sure, and Boston is such a great hub for it. Junior year of High School, I had had a lot of discussions with my bio teacher, but it was only after our success at iGEM, a major biology competition, did I get the idea of taking this idea to the startup level.

Tushar: There tends to be the cliché that a startup has to be super CS heavy…did you find that the case?

Definitely not. For those interested in science, there is a pretty good bio startup culture in Boston, as it is a major biotech hub; there is, however a strong technology aspect to it, especially with exciting new developments like CRISPR, At the same time, especially in the biology space, these projects don’t have a lot of overhead; this means that a small lab and basic experiments are enough to get started.

Tushar: So once you have a startup idea…what do you do next?

Daniel: I originally had experience in a previous startup, PlastyX, but after awhile, realized that we would have to compete against major biotech companies. Therefore, the second time around, we thought about what people want and who they would they trust. Another really important aspect is idea generation; usually it works to sit down with people who are like minded and very well versed in the space, and just ask questions (what problems in the world can we solve) and after discovering a very specific problem, you try and come up with a solution that is cost efficient.

Tushar: Where did you build your knowledge of business necessary for the startup?

Daniel: A lot of it came from incubating as a VIP team at the incubation lab; they have a great network of mentors, and our professor/mentor has also played a key role on numerous startups in the space as well. So the large amount of mentorship we have received has been really helpful.

Tushar: Thanks so much Daniel. I’m sure your story will serve helpful for many future startups looking to launch out of Harvard!.

Tushar is currently searching for his own inspiration!