Some thoughts on Mental Health on an Ivy League campus. 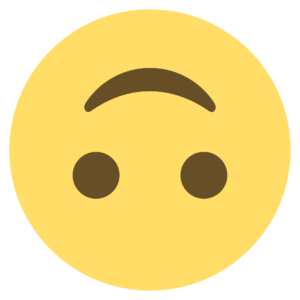 Upon going through old text messages recently, I counted an extraordinary 103 uses of the upside-down smiley face emoji over the past week. This may just be an expression of my lack of creativity when it comes to using emojis, but I like to think it’s a pretty accurate reflection of where my mind has been recently. I’m definitely smiling, but it’s not for happy reasons, if you catch my drift.

Last term, quite frankly, was hell for me. On the outside I’m sure I looked fine to everyone. I probably seemed like just another freshman stumbling around campus, trying not to make a fool out of myself. The reality was a little worse.

For some context, back home, mental health is a reality that everyone knows, deals with, and makes accommodations for. In high school, my mom recognized the validity of needing mental health days and let us take them. Here, at Harvard, it is an entirely different story.

I’m not going to complain. Being here is everything I have ever dreamed of, and more. I don’t think it’s Harvard’s fault that I come with more baggage than Elle Woods did in Legally Blonde. I recognize that my issues go back to before I was even born, and I know how to deal with them. Or at least, I thought I did before I came here.

See, I like to joke that I’m still attached to my mom by the umbilical cord. The reality is that I’m only half joking, because I was, and still am, extremely attached to my family and everything that goes on back home. Coming here was difficult because I went from being the person that was relied upon, the person who would cook dinner almost every night, wash dishes, and take care of people when they were crying, to being the person who only had to look out for herself. They needed me and I needed them, and being without that cycle of love and support is something I cannot accurately describe. “Devastating” is one word I like to use. “Heart-breaking” is a good phrase, too.

The point is, I went from knowing everything about my family, to not. I went from having a close-knit group of people who would give a damn if I wasn’t okay, to not. I went from mattering to people, from being relied upon, to having no responsibilities to anyone other than myself. Some might call that liberating, I called it lonely.

Harvard has some really great structures in place to take care of you if you’re feeling down. In theory. There’s CAMHS, there’s Proctors and Tutors, there’s SMHL, Indigo Peer Counseling, Room 13, Therapy Dogs, and so much more. You name the issue, there’s probably someone you can go to on campus to help you out with it. The key phrase here being, “go to.” You see, these institutions are amazing, but when you are someone like me, who has issues with asking for anything from anyone, who is used to downplaying her negative emotions, who is used to having people just know when she needs help without her having to ask, you don’t want to use any of the resources Harvard provides you with.

It took a lot of effort on my PAF’s part to even get me to try out CAMHS. And they were great, for a little while. I would go and they would try their best to schedule me for regular appointments, but it was hard because they also had to accommodate the other Harvard students that needed to be seen. I would get seen maybe once every two or three weeks, and they were very upfront with telling me that they were not meant to serve as permanent providers. They could help for a little while, but the goal would be to eventually set me up with a regular counselor off campus. I get that. It’s hard to provide easily accessible help to absolutely every stressed-out Harvard student that needs it. That didn’t make it suck less though, and this term I decided to stop going to counseling.

Today I got an email from someone called Paul with an update on mental health services at Harvard. I read it, I thought they were great changes. Unfortunately, I did not think they could help me.

I think part of the bigger struggle here at Harvard is that the people who need help with being okay either don’t know how, or are too proud to ask for the care they need. I fall into both categories, and I don’t know if Havard can fix that for me, or anyone else.

Alaya Ayala alaya_ayala@college.harvard.edu is trying to get herself together in time for finals, please send good vibes.