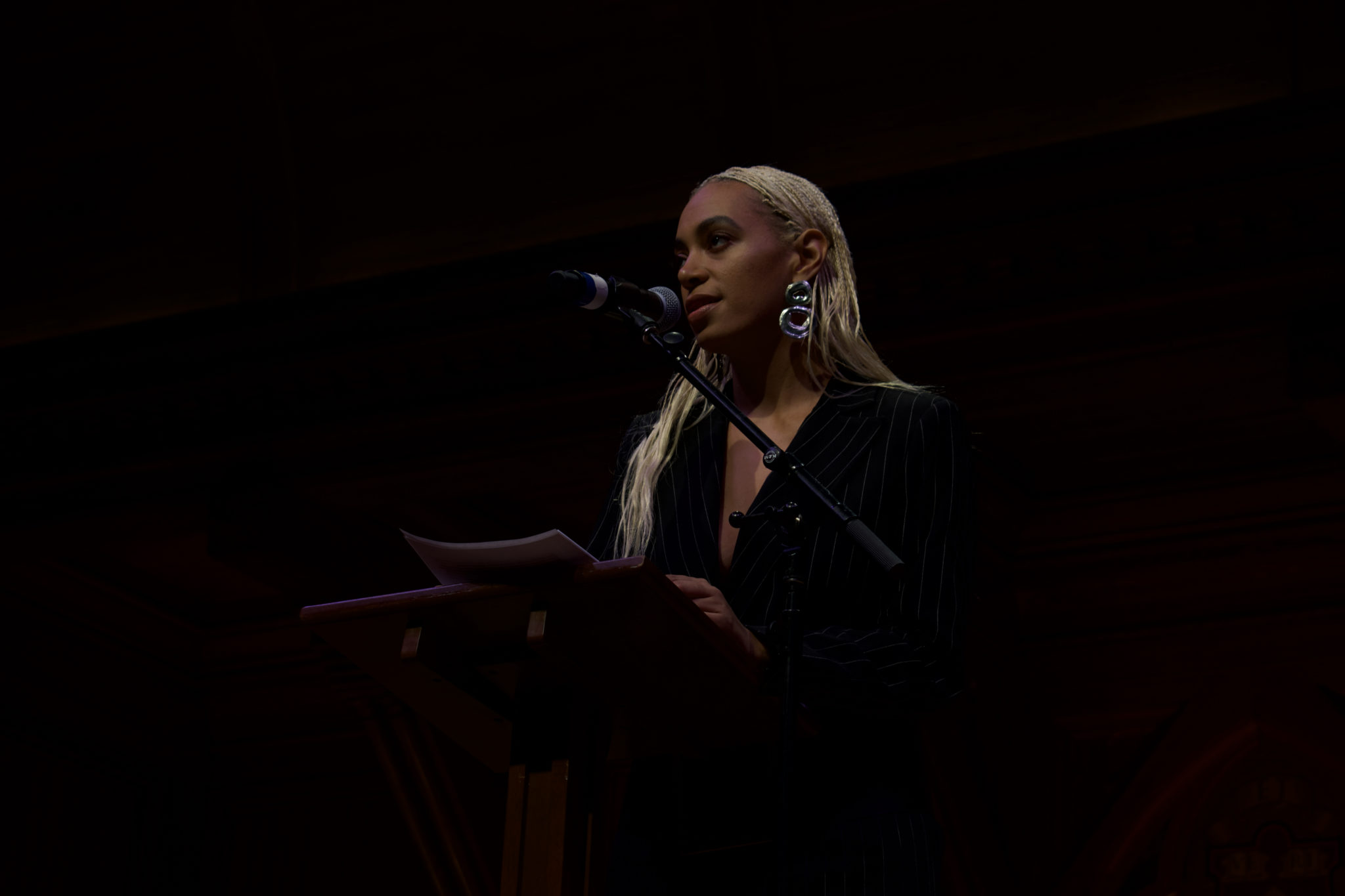 On Saturday, March 3rd, Sanders Hall became a blur of colorful fabrics and eclectic sounds. It became the annual Cultural Rhythms showcase. Each year, Harvard welcomes students to perform songs, dances, and poetry from their native cultures. In Dean Khurana’s opening speech, he noted that Harvard students have been involved in social justice movements for centuries. He said that sometimes our “aspiration will run ahead of the reality.” Yet, Cultural Rhythms is an aspiration that is a reality: there is a stage for diversity at Harvard. 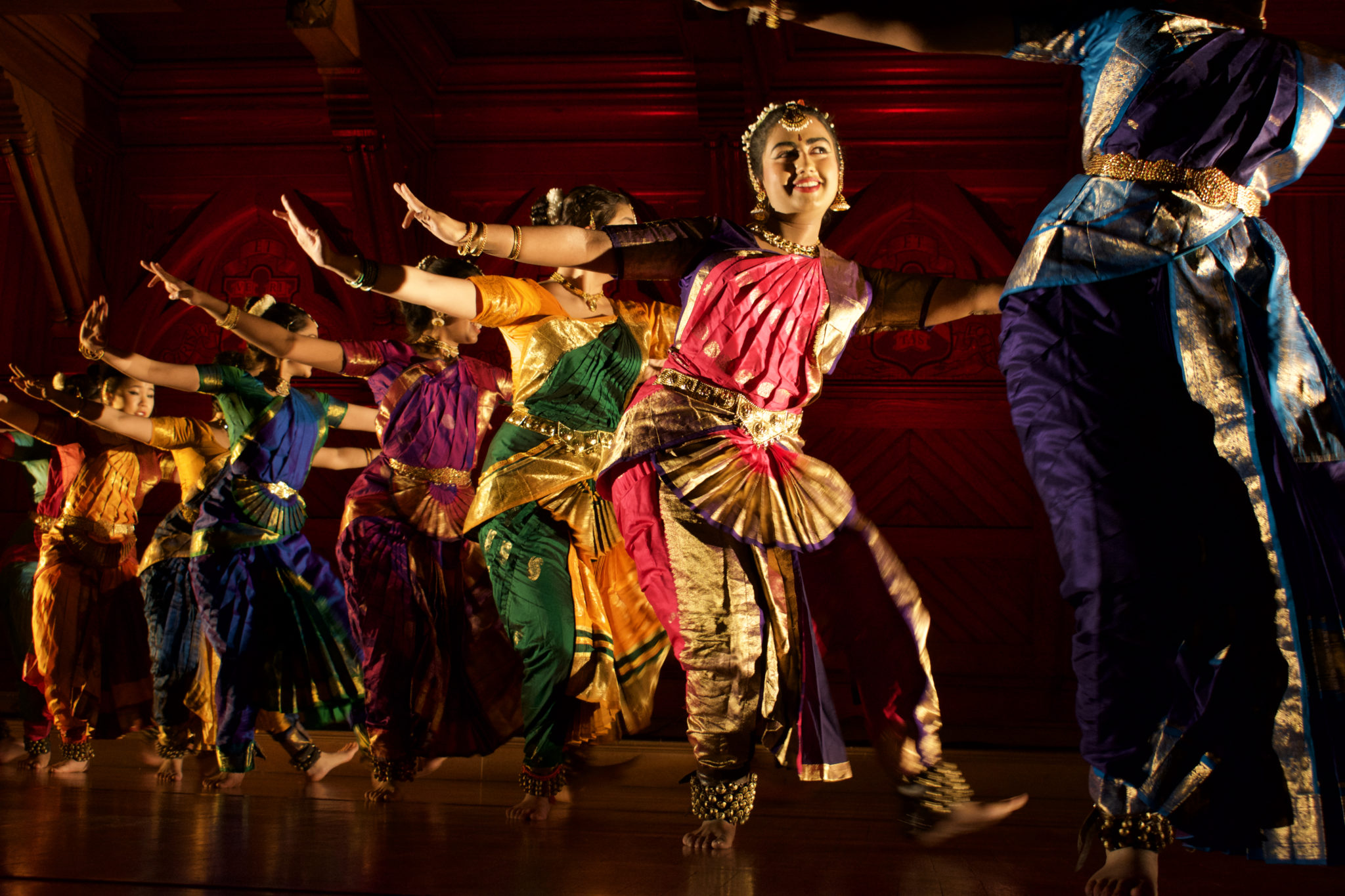 After several performances by cultural organizations at Harvard including the Society of Arab Students, The Philippine Forum, and Passus: Harvard College Step team, Solange Knowles received the award for Artist of the Year. 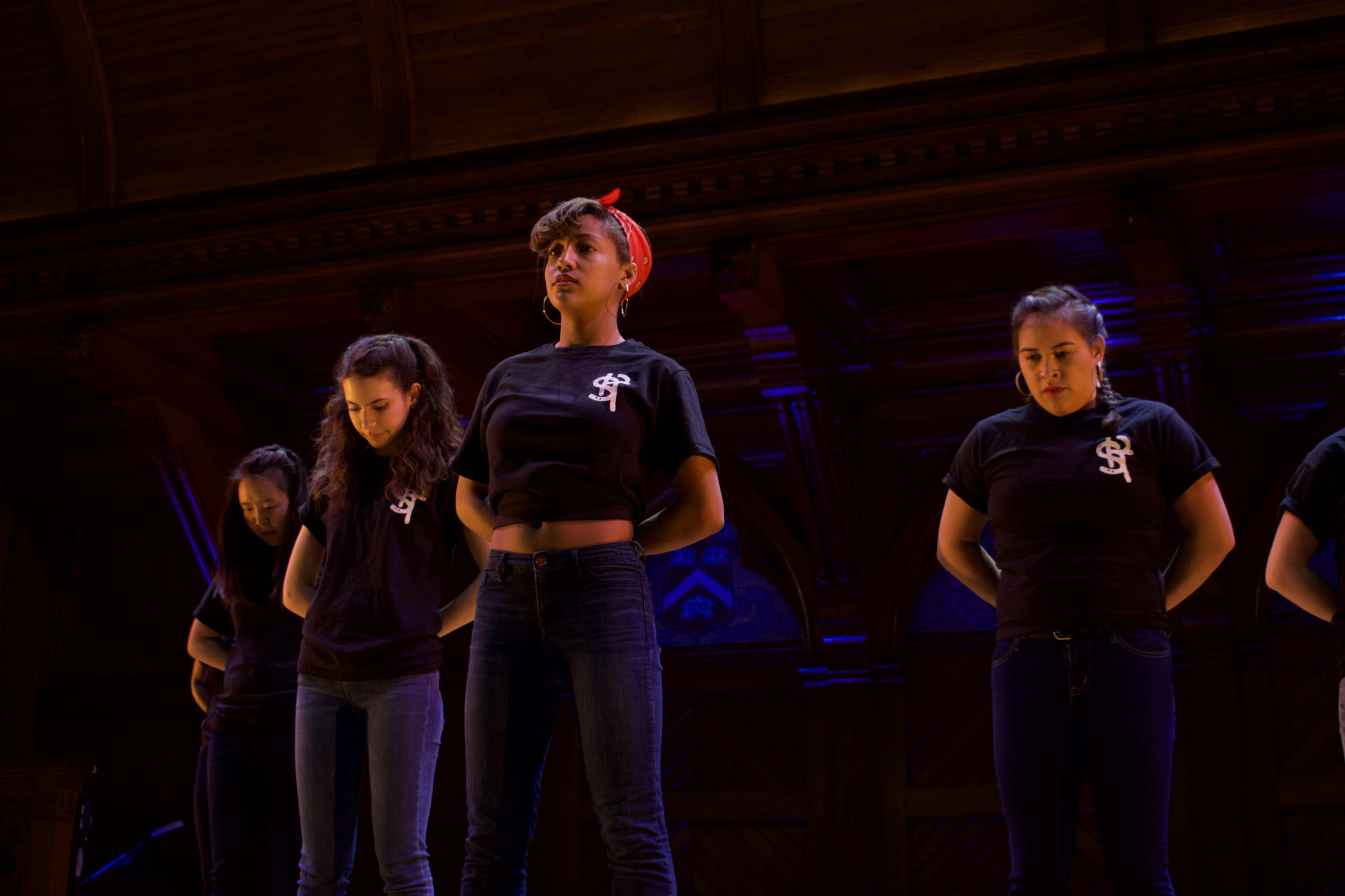 Upon acceptance of the award, Solange shared her story with the audience. As a teenaged mother, Solange put her singing dreams aside to support her husband’s ambitions to play football and go to college. She said she was “content,” living in Moscow, Idaho, where the family settled down. Solange continued to write songs for other artists and jingles for commercials to support her young family. 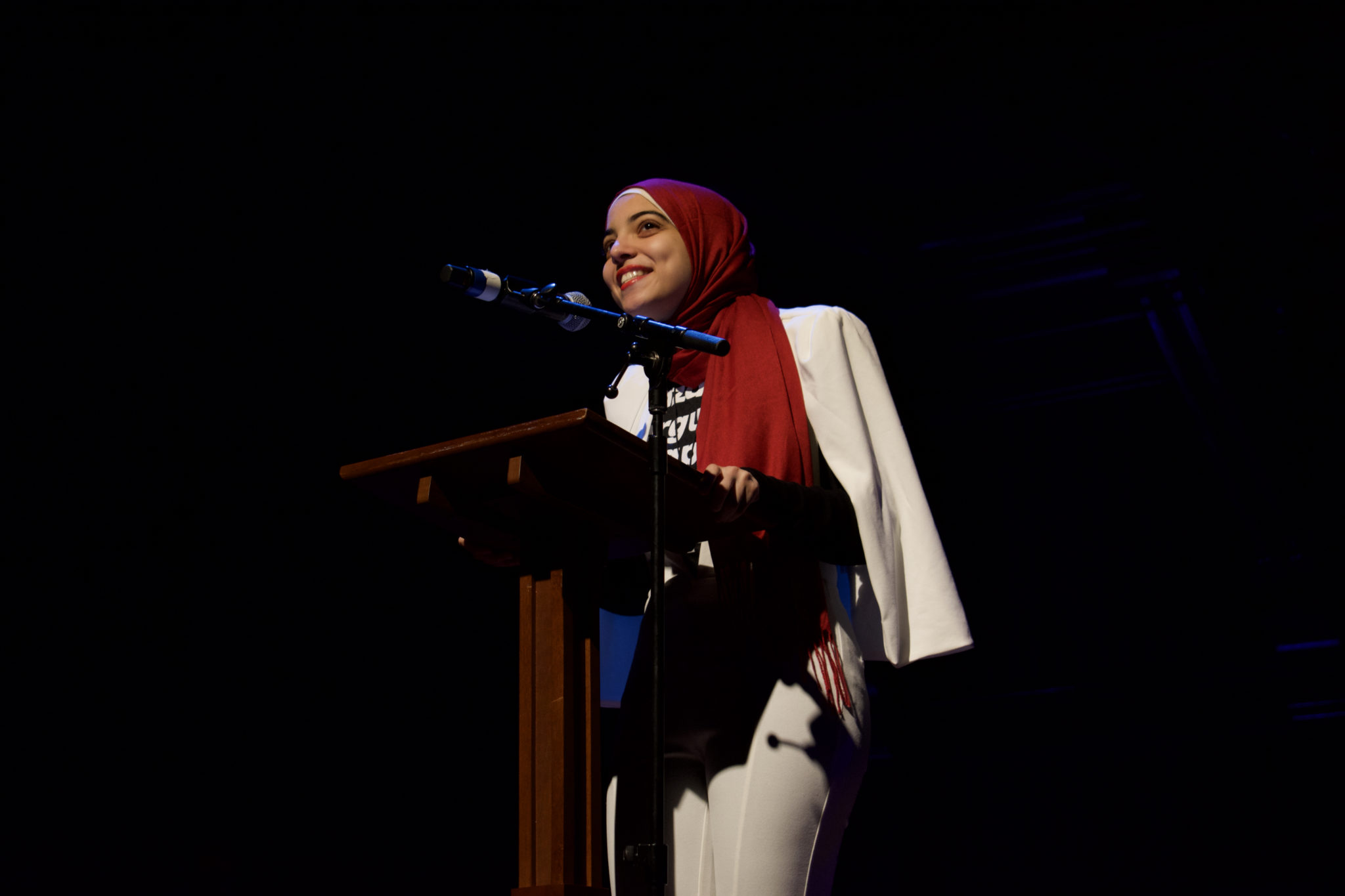 Down the road, Solange divorced, remarried, and made music. Her 2016 album ‘A Seat at the Table’ was hot on Billboard Top 200 Chart, Apple Music, and iTunes charts. Solange has also done several performance arts shows and art installations around the world. Solange’s success allowed her to donate proceeds from several performances to hurricane relief efforts. 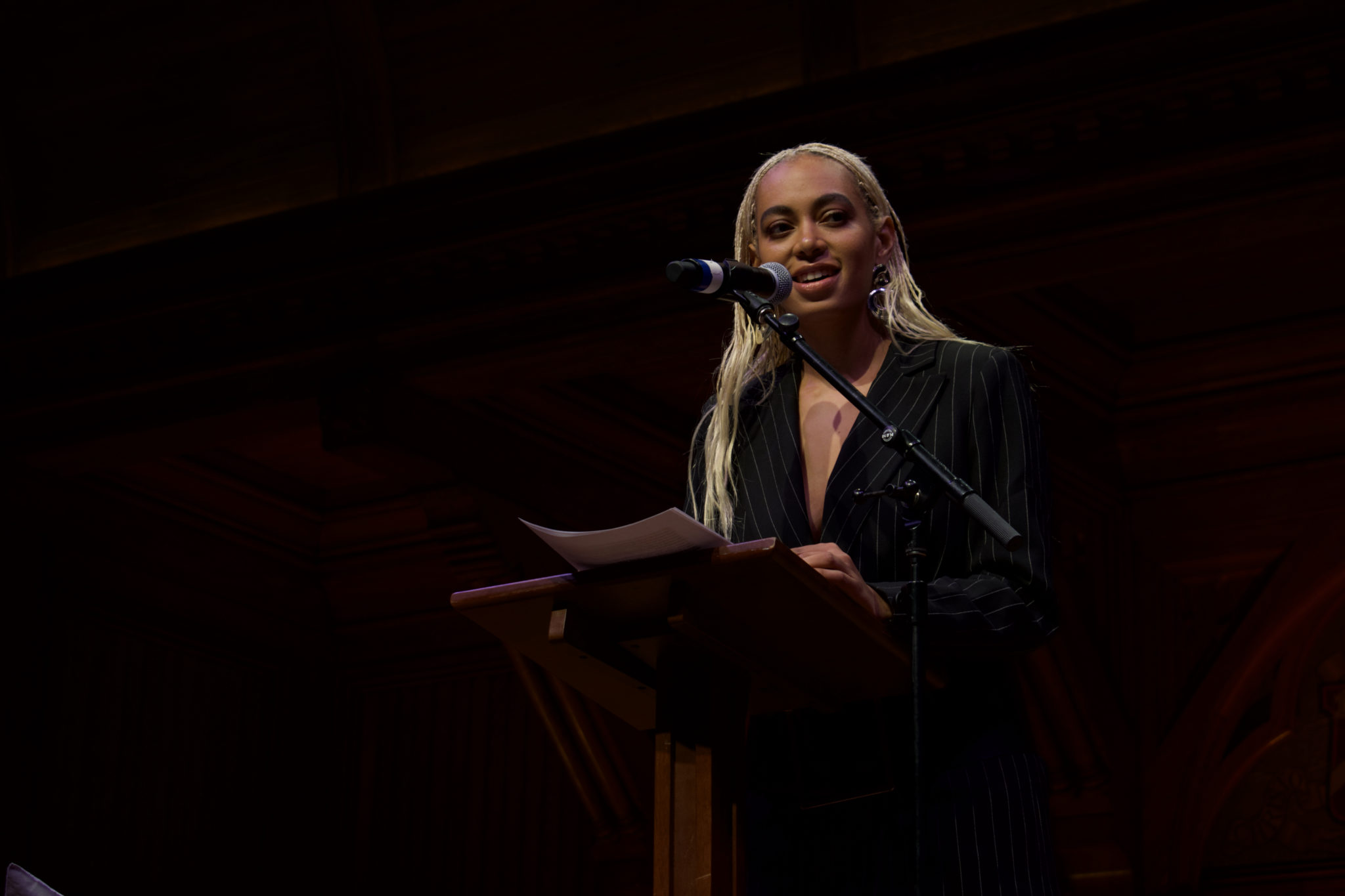 Solange addressed recent outcry over her statement that she is “not interested in entertainment.” She said that while she loves music, she does not want to perform simply to entertain. Instead, Solange pursues work that “exchanges, engages, and activates.”

Just as Cultural Rhythms was an opportunity for “duality of spaces,” as student hosts described it, Solange is an artist who gives opportunity for collectiveness in her music.