Statistics based on College responses.

The Harvard Independent introduced the first Indy Housing Day Survey and received 253 responses from undergraduates eager to share insight into their blocking and residential experiences.

The highest percentage of responses from upperclassmen students came from those living in the Quad and Co-op, relative to the overall house populations. 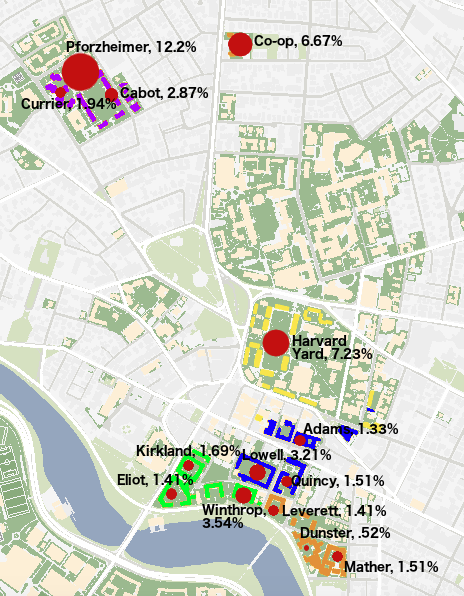 Understandably, the most popular house was seen to correlate with which would be newly renovated for the incoming class. For the Class of 2018, students looked forward to renovated Dunster while the Class of 2020 hoped for Winthrop. For the first year students, Lowell will be the most recently renovated house. 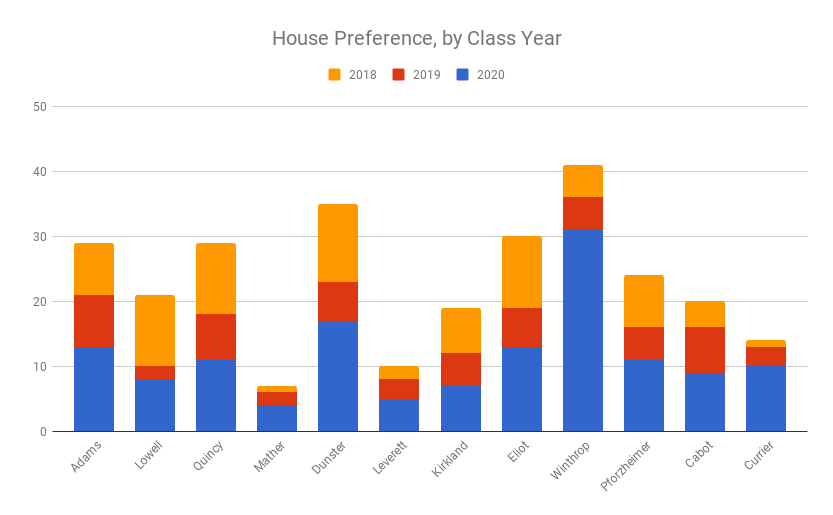 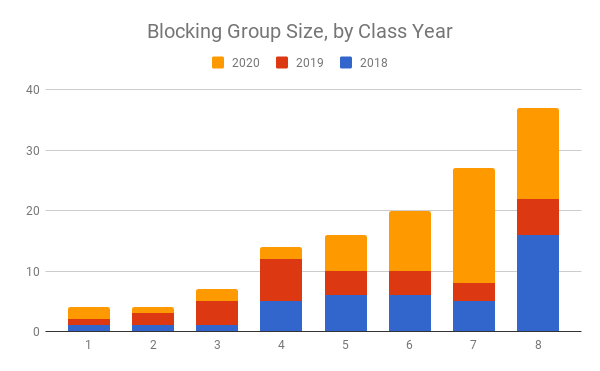 Another common theme for which house was preferred referenced the facilities of each house, the amount of upperclassmen students already knew within the house, the location, and potential for singles. Houses with cafes, art studios, grilles, and distinct traditions were especially inspiring to students. As often as students referenced the quad’s distance to the river, many noted its close proximity to the SOCH, academic buildings, and more suburban areas that allow a quieter feel.

Once students get into their houses, however, the involvement in house life seems to remain lower regardless of class year. Although students may enjoy the amenities of their houses and the community within each dorm, the participation in house events themselves does not necessarily correlate. Perhaps this is a result of the integration of house events and community into everyday life of upperclassmen, but more interestingly involvement in day-to-day house life does not dictate students’ likelihood to dorm storm and participate in other Housing Day events. 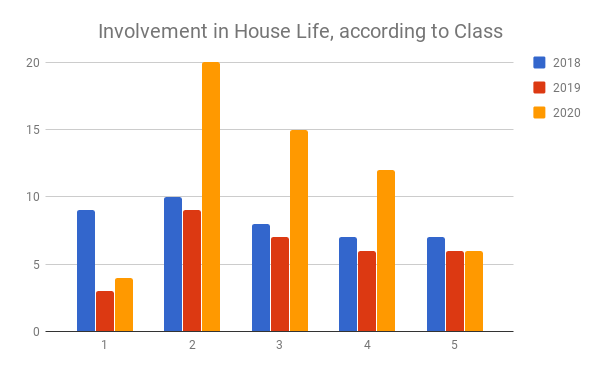 Regardless of class year, upperclassmen students look forward to Housing Day and welcoming in first year students to their residential community. Although upperclassmen may not have gotten the house they hoped for, Housing Day itself was still very satisfying overall according to respondents. The house-sponsored outings, community, HoCos, tutors, advising, and initial swag from houses left students feeling welcomed to their new houses. 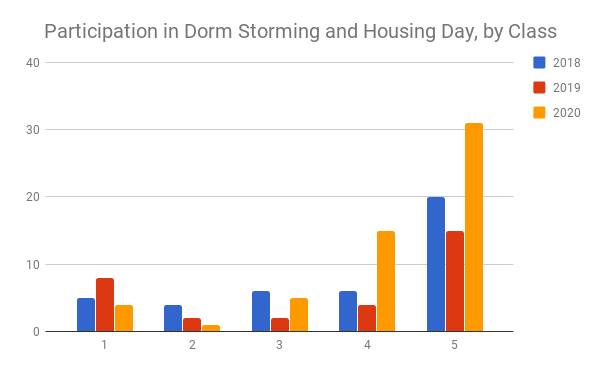 Although freshmen noted the difficulty of choosing between friends when blocking, Housing Day does not have to mean the end of friendships. The frequency respondents said they visited friends in other houses remained consistent across class years, with most students being in the middle. As there was no significant drop off in likelihood of visiting friends across campus based on class year, it is promising that students will not become less likely to end or have strained relationships based on location. 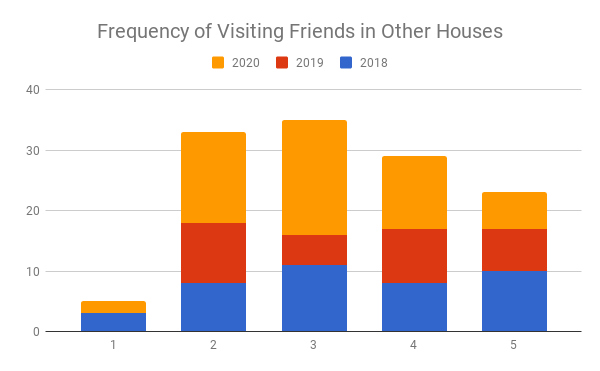 For most students, applying to transfer has never been a consideration (74.4%) or was never officially done even if it was thought about at some point (17.1%). For those students who did apply to transfer, distance and community played a large part. The administration and community in the house students transferred to was more welcoming to respondents than their original house.

In the end, the house that dorm storms your freshman room becomes a welcoming community to nearly all students. Although there may be many rumors about blocking and housing, in the end it is tried and proven that students find their place on campus and within the communities they find themselves comfortable in.