By JAYCEE YEGHER and ALAYA AYALA 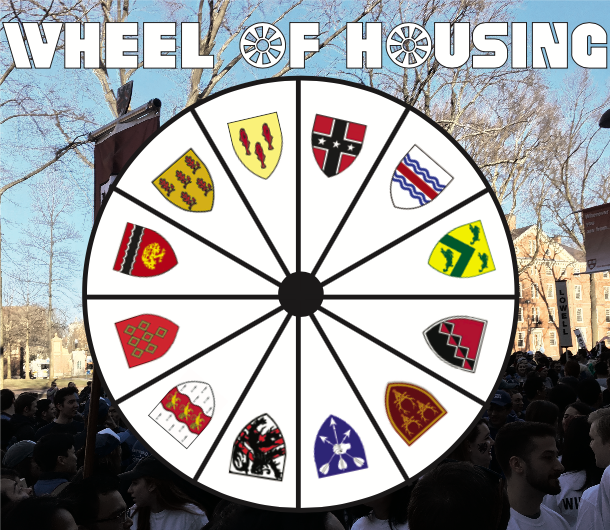 With the beginning of Spring Term came Blocking Fever™. Everywhere you looked there were frantic freshmen trying to figure out who they would be living with for the rest of their Harvard lives. The stress of it all was overwhelming, but there was hope for all of us. We all went through a blocking group or five over the course of the second semester, but settled down somewhere tolerable at least. Perhaps you landed your dream blocking group, or maybe you or a loved one ended up like these guys…

You know them. They practically live together already. You often pass their S.O. in the bathroom and wonder if they’re really gonna do it… block together I mean.  Despite all their friends telling them not to do it. Despite all the warnings. They did it and it’s going to blow up sooner or later. Grab your popcorn and watch their relationship enter the Fantasy suite and see what comes out on the other side.

A group that P-sets together, stays together. You often see this group huddled together in Cabot, desperately trying to save the world one P-set at a time.They figured they might as well block together and save themselves the trip to the library. Next term we’ll see them stressing in the D-hall together, and it will simultaneously terrify us and warm the cockles of our nerdy hearts to see our fellow nerds working so damned hard all the time.

At first glance they all kinda look the same. Same DHA wearin’. Same D-hall grubbin’. But don’t be fooled. Some of them are their own special kind of fuccboi. Whether it’s the soccer player with the Napoleon complex, who will most definitely be shorter than you in heels, or the heavyweight crew guy whose lost all his morals erging all winter. You have been warned. Chances are, they will be in your house and when they text you to “roll thru” between the hours of 1-3am, do not, and I repeat, do not “roll thru.”

This group knows exactly what they like and how they like it when it comes to living with someone. They’re the roommates who found their blocking group soulmates in each other, and have no plans to ever turn back. Some may call this group lazy, but we call them smart. They’ve let the freshmen housing questionnaire system do the work for them, and we applaud their capacity for doing the most with the least amount of work possible.

This is the bougiest and booziest blocking group known to Harvard. Despite those pesky sanctions, they met during rush like an hour ago and now they’re totes blocking together!!! It’s perf. Did they tell you how much they love their bigs? They did. Seven times. In the last hour.

We all know that group of friends who’ve known each other since Visitas. Their fate as a blocking group has been sealed since they first laid eyes on each other while waiting for their Visitas Host to pick them up from Agassiz House on that wonderful April afternoon. They’ve been besties ever since, joined at the hip at Every. Single. Event. It was only natural that these people block together. “Distance makes the heart grow fonder” means nothing to this group.

It’s getting added to a group chat where you only know like one other number and suddenly realizing you’re living with complete strangers next year that puts life into perspective. You might as well have been a floater. No wait that’s way worse. Might as well have a group of randos to your name than nobody to call blockmates right?

You really tried your best to get into this group, alas, you didn’t make it past the first round of interviews. There’s like one-to-two really popular people in this group and you were hoping that blocking with them would cause their popularity to rub off on you. You wooed them; going on late-night CVS runs for snacks, leaving parties early to take care of them, obeying their every command. Unfortunately for you, ‘twas all for naught and you had to scramble to find another, less well-known blocking group before it was too late.

Grinding through those premed requirements together, these kids run on caffeine and pure willpower. It’ll be all kumbaya until somewhere along the line they figure out that they’ll be competing for all the same stuff on campus. The same lab times, internships, fellowships, and eventually the same med schools. A three year battle royale will ensue, separating the weak from the strong. Who will still be left standing as pre-med senior year? How many will instead sell their soul to econ? Which one will cop out and join the gov jocks? Stay tuned.

You’ve seen this group absolutely RAGING every Saturday since Opening Days. They always party together, and no one is surprised that they want to block together to continue their debauchery. This is the group that secretly wants to get Quadded so that they can have bigger, better, and boozier parties ‘till they graduate.

This article is in the theme of Hunter Richard’s previous article from 2017 on Blocking Group Stereotypes. It goes to show that, like the jokes in housing day videos, some things at Harvard never change.