This piece is entitled “At the Precipice,” and it hung on the walls of the United States Capitol building for one full year as a winning artwork from the 2015 Congressional Art Award. “At the Precipice” was inspired by song lyrics from the Canadian band The Zolas:

Essentially, the singer is happiest when life has an aspect of danger or intrigue; when he’s metaphorically standing at the edge of the precipice. Yet, the concept of a “precipice,” both physical and imagined, can also be interpreted in different contexts as representing melancholy or even suicide. Using dynamic shading techniques to show the interplay between light and dark, this piece illustrates the dichotomy between both happiness and sadness at the precipice. 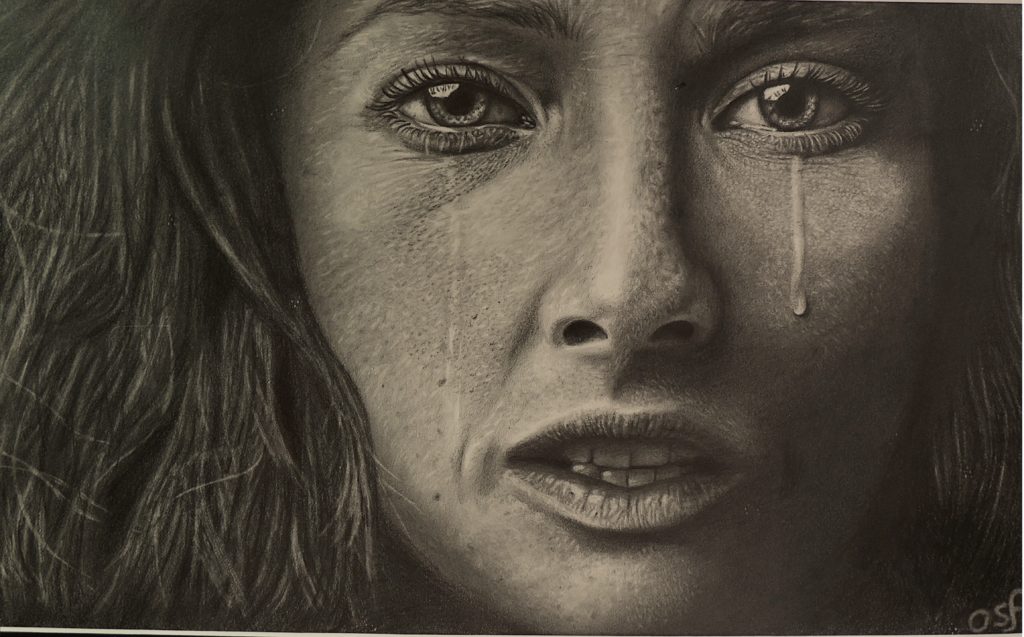 Ultimately, both the singer in The Zolas’s “Escape Artist” and the woman who stands at the edge of a bridge or building, threatening to jump, see the precipice as a way to escape from what is mundane about life—and art, arguably above all other pursuits, is a similar escape from the mundane. This piece represents a certain type of precipice, and a (hopefully) beautiful form of escape.

Olivia Farrar (oliviafarrar@college.harvard.edu) is a freshman, originally from Rochester, New York. She was homeschooled until she came to Harvard this fall. Aside from creating art, Olivia rows on the Harvard- Radcliffe Lightweight crew team. As a member of the United States U23 National team, her rowing career has allowed her to compete internationally.

For more information on the Indy’s Work of the Week, contact our Arts Board at arts@harvardindependent.com.