Reflecting on the 2018 Cambridge Women’s March. 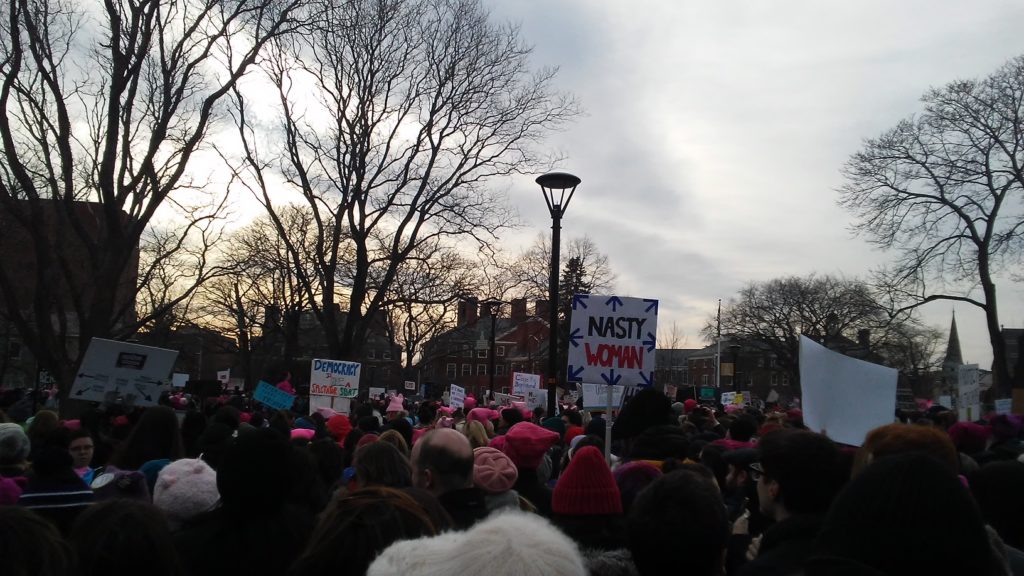 Okay, so maybe the only marching I really did during this Women’s March was from my dorm room to Cambridge Common to listen to the speakers, and maybe whilst listening I took a hesitant step or two forward because everyone was jostling to get closer to the stage and consequently knocking me off balance. The point is, I was there, and so were thousands of other people who agreed that things need to change in America. 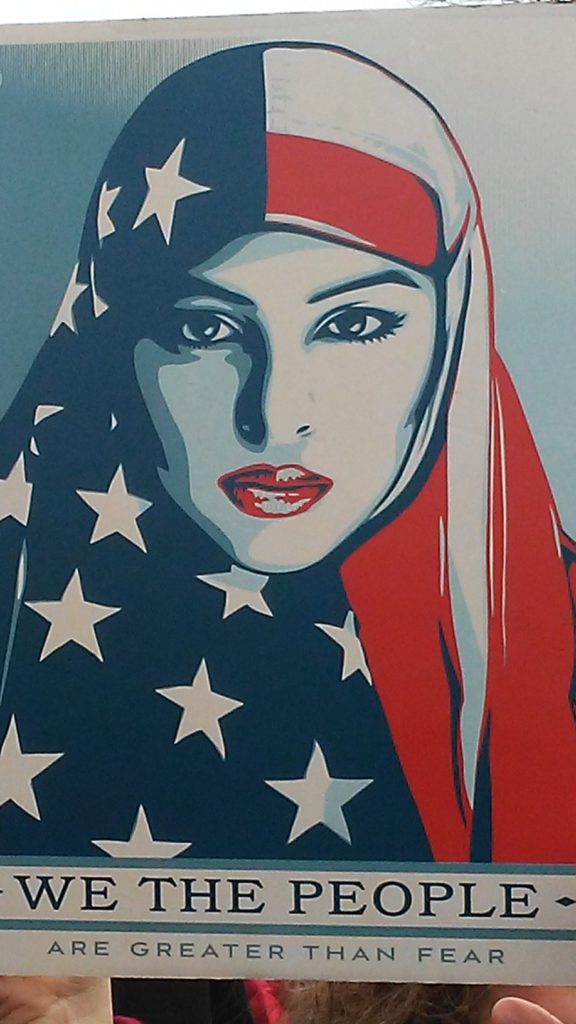 For me, this Women’s March was important because of how different it was from the one I went to last year. In January of 2017, I went to Trump’s inauguration with my high school. It was only because we begged our chaperones that we were able to see and participate at all in the Women’s March in D.C. (and by participate, I mean we picked up other people’s signs that we liked from where they had been tossed aside and carried them around while trying to get back to our hotel). I can say with total confidence that that D.C. Women’s March was completely different from the one I attended right outside of Harvard’s gates on the 20th. 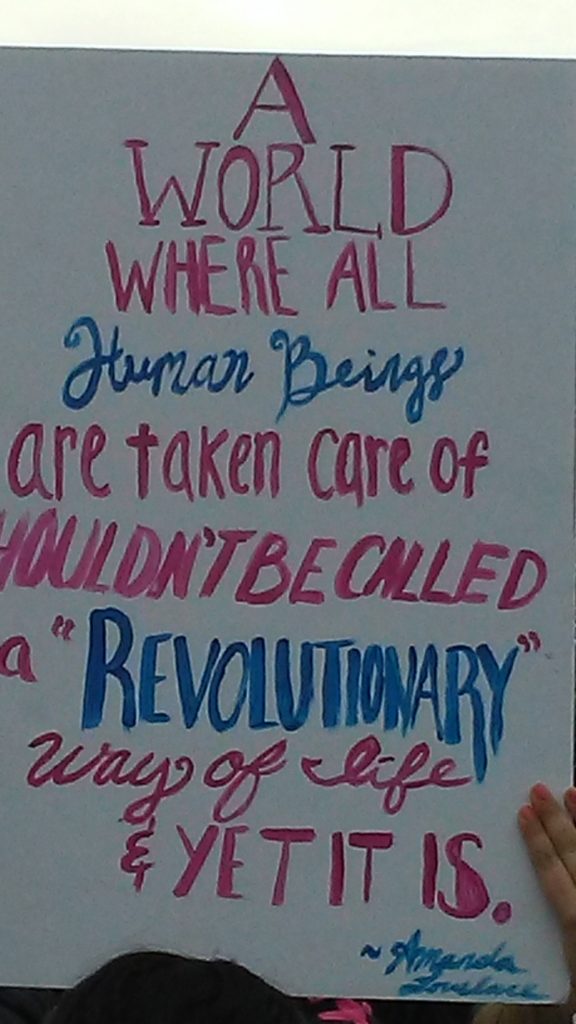 For one, this one was a bit quieter. There was cheering and chanting, of course, but my main experience was listening to the voices of individual speakers, rather than the roar of a crowd. The topics brought up included the conditions of incarcerated women in Massachusetts, Transgender Rights, Immigration Rights, the aftereffects of Hurricane Maria on Puerto Rico, and many, many more. I found myself awed at the diversity of what was being discussed. The Women’s March in D.C. had been amazing, but it focused a lot more on the voices of a single body of women. This March was more about intersectional issues.

The fact that this March took place so close to Harvard was not lost on me, or other students that I spoke to about it. 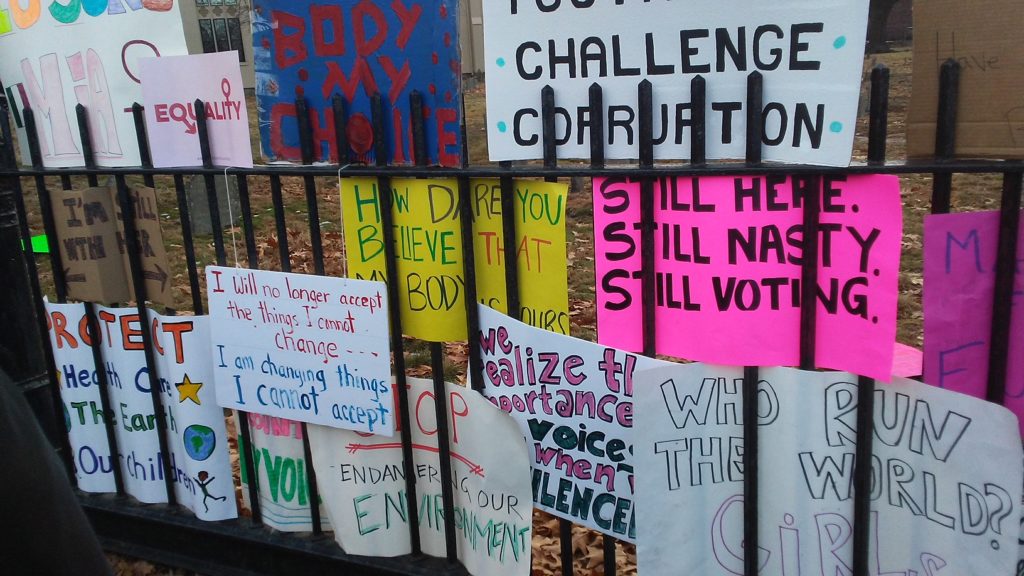 Claire Murphy ’21, stated, “It was so amazing to be a maybe two-minute walk away from the March – I feel like part of it was being exposed to such a powerful, immediate, communal effort.  It really made me embrace being here to witness it, especially considering how much more volatile and scary these issues are here in the U.S. compared to back home in the UK. I feel like at home there are similar sentiments about Women’s Rights issues, but over here it’s amplified, and it was really interesting to see that dynamic and take part in the March.” 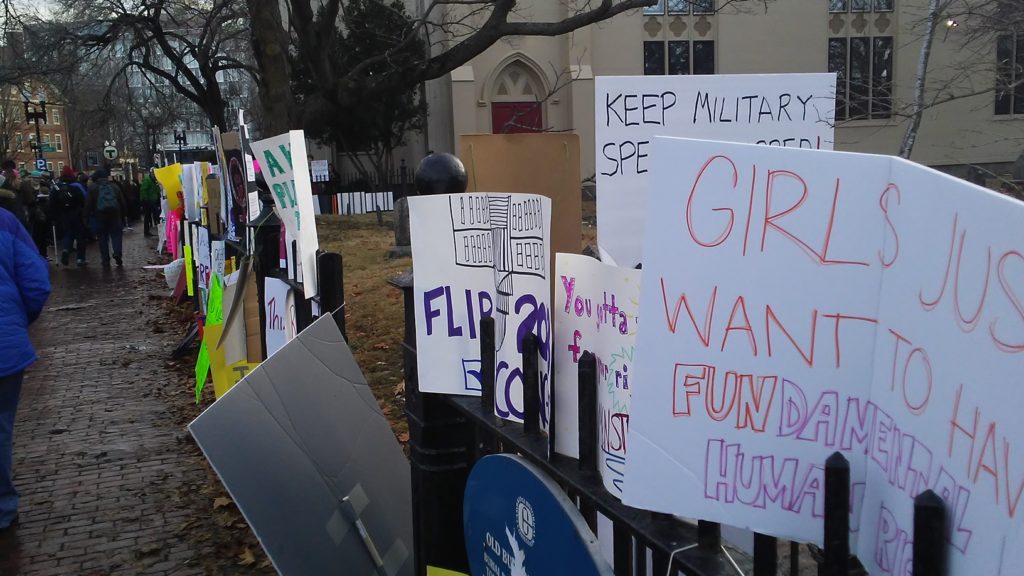 Margot Shang ’21, stated, “Last year I was on a gap year in Thailand during the Women’s March. I actually got onto the plane to go there the day after Trump was elected. So, there was this weird type of homesickness that I’d never experience before, I felt as though I wanted to fight for my home because I felt like everything was going to hell. But I was unable to be there. So as much as it was a joy to be in Thailand, I had to think about it very differently knowing what was going on back home. It actually makes you realize how much you care – when you can’t be there.

So, it was actually really empowering to have the March like right there on top of my temporary home here. I left to go to the March with a group of my friends, and as we were going to the March the stairwell was just flooded with other people going there too. I really enjoyed the speakers – their message really stuck with me, that this isn’t the end, it’s just the beginning. This was just one of the better moments for me at Harvard, I’m really proud to be able to call this place a home.” 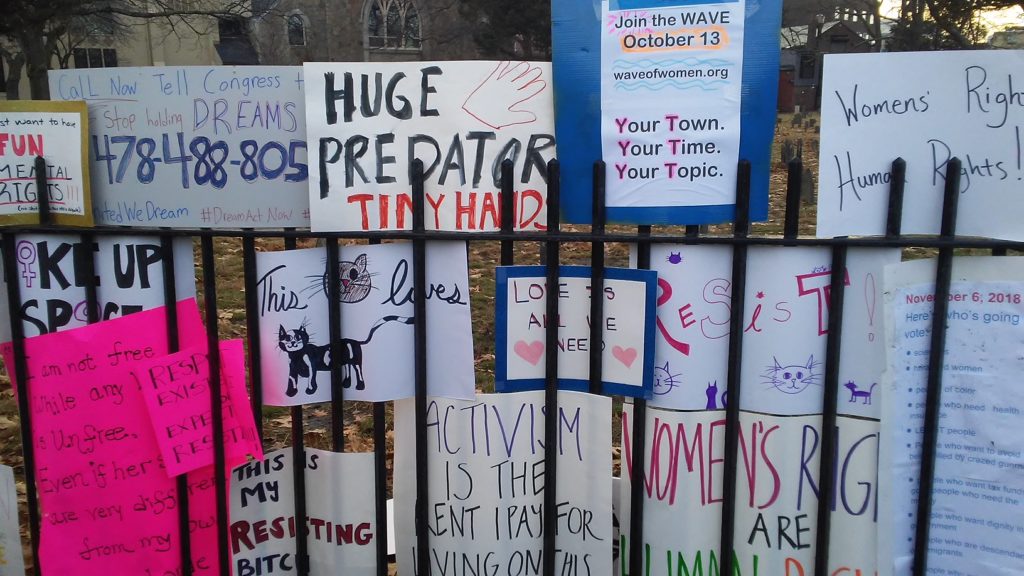 If you didn’t go to the March this year, and you want to learn more, you can read transcripts of the speeches given, view the sponsors of the March, and sign up to get involved with them at https://sites.google.com/site/januarycoalition/home.

Alaya Ayala (alaya_ayala@college.harvard.edu) had a really rad time at the Cambridge Women’s March this year.