By the fourth time around, you would think that coming back to campus after winter break to start the semester would be straightforward. And you might even still think that as you head to your first classes of shopping week. The starter pack for your senior spring wouldn’t be complete without plenty of stress, though. I mean, it is Harvard, isn’t it? 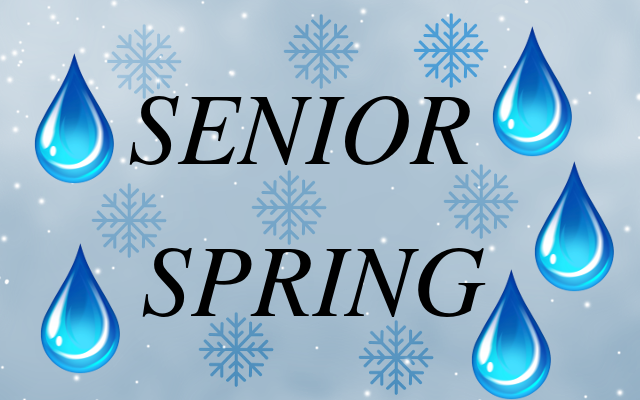 Showing up to class without a notebook

Because you actually don’t own a notebook. Or pens. Or pencils. Or even a backpack. Seriously, what happened to your backpack??

Winning big on the lotteries

Smirking at underclassmen as soon as the professor mentions that the enrollment will be capped. You might even lottery for a class you have absolutely no interest or intention in taking but that little burst of energy you get from that “Welcome to the class” email is enough to get you through to your first midterm period.

You felt really sure going into the year that you knew exactly what classes you still needed for your concentration because honestly you just want to graduate. Then, Everything Changed. Finding out that your chill class actually would be taking up more than 5 hours a week was just asking way too much and now you’re scrambling to find a fourth class, even though a week ago you were sure this was the semester you took five. Jokes.

Sleeping In, Skipping Out

Not only were you 15 minutes late to the first class and straddled across a row of other students to find a seat, you also left after 10 minutes. You know you have every intention of taking this class to graduate but everyone knows that nothing important happens during the first week. You’re giggling at the freshman hurriedly rushing around campus to shop as many classes as possible because you’re nostalgic for feeling that alive.

There are two types of seniors: the type that dress up for that “last first day” Instagram-worthy photo on the steps of Widener, and the type that hit the snooze button 10 times and wore the same free t-shirt from a student organization you fell asleep in last night to class. Seeing first year students with winged eyeliner writing down every word the professor is saying reminds you how jaded you’ve become and somehow feels like a personal attack.

Reminiscing about The Old Days

Being grateful for the last year of Harvard Time

You’re somehow still always late to class even with Harvard Time and you can’t imagine losing your saving grace. As your last semester, you feel like you should shop ALL THE CLASSES but it’s not even noon and you really need a nap. The amount of times you remind your underclassmen friends that you don’t envy them is outnumbering any hints that you’re going to miss this place.

Hunter Richards (hrichards@college.harvard.edu) is looking forward to finishing her thesis and won’t look forward to anything else until then.