After being home too long during winter break, you start doing some bizarre things in an attempt to keep yourself from getting cabin fever. While you might have spent the last few weeks of the semester with a bottle of Andre in your hand because the only way to get through your gen ed was by maintaining an optimal buzz, you’re starting to miss that busy feeling. You’ve applied for multiple jobs and internships, updated your resume, and even emptied out your email inbox.

Which is about the time you stumbled upon the build up of LinkedIn emails begging you to connect with various people. The moment you logged on, you were a lost cause of networking and updating and schmoozing. 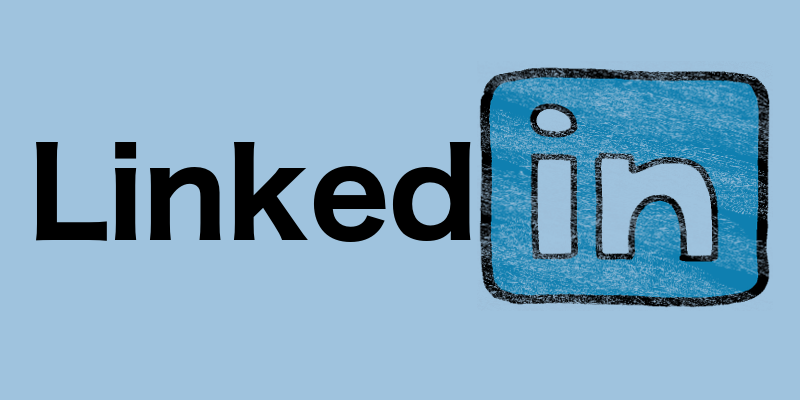 Here’s a small selection of the people who LinkedIn will hound you about connecting with:

Recruiters won’t know that your best friend endorsing you on LinkedIn for social media is actually a drag on your late-night sh*tposting after pulling all-nighters. Who better to tell you it’s time to remove all the clubs you joined in high school to put on college applications than the person who has helped with every one of your profiles thus far? If you trust them with setting up your Tinder profile, they’re the ones to trust for LinkedIn.

The Girl You Used to Dance On Tables With Sophomore Year

It actually is giving you a stress rash that the girl who brought a bag along to the frat parties you went to so that you had room to shove bags of boxed wine into has more impressive internships under her belt than you. But you’re mostly just impressed that you both have even gotten belts, because those would’ve gone a long way to helping you keep your pants on sophomore year.

Unfortunately, LinkedIn doesn’t encourage you endorsing your ex for nutting too fast, always leaving the toilet seat up, and never learning how to say sorry. You’re at the point where you can bump into them between classes without feeling nauseous but you still immediately text your roommate to mention that it doesn’t look like they’ve showered in a while because their beard’s looking more and more like a sweaty wool glove. So yeah, it’s safe to say you’re not trying to connect in any way just yet.

You know how immediately after telling your best friend about someone, they go into full detective mode to find out all the details on them? They could win a gold medal for diving so deep into the social media profiles of your potential bae. However, once your break up their job is also to keep tabs on you so that your ex doesn’t have to. You know, to make sure you’re not doing better than your ex but to spare your ex if you’re actually doing better than them (which is likely, if they’re suddenly popping back up). It was one thing when your ex’s best friend’s girlfriend added you on facebook and started following you on instagram and likes all your tweets, but the moment they start lurking on your professional networks it’s honestly just a mess.

Of course section kid has 69,420 connections on LinkedIn. As if listening to them talk about themselves nonstop during section wasn’t bad enough, here’s an entire platform meant to brag about professional accomplishments.

The Group Project Partner Who Did All the Work

You still feel incredibly guilty and thus incredibly suspicious when your project partner wants to connect on LinkedIn. Is this a last-ditch effort to get revenge for being the only one who showed up to the 8 am meeting with the professor? Although, to be fair, they are the one who set the time without consulting with the other nocturnal group members. It could be that they actually liked you but you would feel even guiltier in that case.

The Group Project Partner Who Did None of the Work

The audacity. The gall. The nerve. You are shooketh. There is no chance this is not a petty move after finding out you dragged them through the mud in the group evaluations. After a semester playing email tag with them to try finding a good time to work on the project, you realize that this might be their only means of communication. If there was a way to swipe left on LinkedIn, this would be the moment for it.

Hunter Richards (hrichards@college.harvard.edu) has been finding various ways to procrastinate on work during winter break, just as she does during term-time.