When you’ve poorly planned how to study but your GCal is full of short breaks to cry during.

It’s that time of year again: Finals. Reading Period is passing by faster than your average freshman drops their long-distance high school sweetheart around Thanksgiving. Course evaluations are out and you’re feeling your petty levels rising higher than the amount of office hours you planned to go to only to inevitably go back home to nap instead. You’d love to drag your professor for being the slowest talker you’ve ever met for someone who’s going to put more material onto an exam than you’ve even had time to read through in the hour you’re given. You’re ready to gas up that TF who carried you through each of said exams you were hopeless without because they were the real MVPs. You’re just ready to be D. O. N. E.

As we manage to make it through Reading Period, many students are starting to feel like maybe they didn’t learn a single thing this semester from lecture. Hey, they might actually be right but it doesn’t seem fair to judge since they missed most of the lectures to begin with. Regardless of your attendance history, finals inspire a certain level of stress that could carve out canyons. If you don’t start questioning what you want to do with your life and how much you feel like this class won the #WasteMyTime2k17 challenge, you’ve earned your existential crisis. Now the only remaining issue is where you’re most comfortable reevaluating your whole entire life. Here are some of the fan-favorite places on campus to sneak off to when you’re about to have an existential crisis. 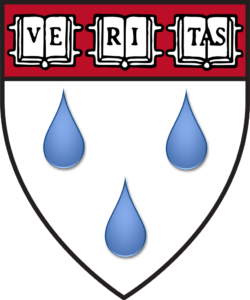 Only first year students fresh to campus interested in pursuing their Visitas nostalgia really remember that Radcliffe Yard or Agassiz exist. There’s just something about the wide-open lawn surrounded by the aging buildings remaining from Harvard’s time separating men and women (by which we mean Radcliffe College, not the final clubs). Although there’s a nice garden off to all sides of Radcliffe Yard, it typically appears desolate and therefore perfect to start criticizing yourself.

Sitting Beside the River:

It isn’t socially acceptable for Harvard students to scream in public, even for reasons as legitimate as your professor moved up the date of final presentations while still not returning their comments on your proposal. Luckily for you, geese do not abide by any known rules and are already screaming of their own accord on the river. You’ll also be doing all your stoner friends a favor by distracting people with your silent but intent stare over the placid water for no less than 37 minutes straight.

Does the president of your club even remember that you have an office in the SOCH? Answer: They don’t, which is why you had to reapply for a space this semester. The perks of being the backbone of your extracurricular household, though, is that you also are the only one on top of their game enough to remember the office code. Enjoy the solitude of that empty office, with only the soft echoing of other classmates crying in their respective offices to remind you that you’re still at Harvard and not laying carefree on a beach somewhere far away from Science Center Hall B. Everyone knows you can’t run away from your problems, but the Quad’s about as far away from them as you can get.

Take a break from the trainwreck of your life via the shuttle. In college, you can’t exactly hop into your car and blast sad, angsty music to cry to while driving as far away from your subdivision (aka to the nearest empty parking lot). Your depressing music was perfect for recreating a sad Adele song, but at Harvard the closest you can get is riding the River House C shuttle the entire way around. A solid hour of whatever bitter playlist you could download before stepping onto the shuttle should help you work through all that stress. By the time you wind around past Lamont for the second time, you’ve realized how flawed your consideration of just getting off at any of the stops and starting a new life under a new identity as someone who didn’t ruin their lives this semester with a trash Gen Ed class had been.

There’s someone who literally gets paid to listen to your problems in order to help, and they even live right in your house with you. If the success of uber and grindr is any indicator, it’s proof that the convenience of close proximity can override most excuses to do something. At first, you might find yourself lying about the combination of leftover eyeliner and dark under-eye circles being a new fashion trend instead of the result of multiple all-nighters each week. Soon enough, you’ll find that sleep deprivation makes you an awful liar and your Resident Dean is there to pretend they didn’t see right through you the entire time. It’s also helpful to let your Resident Dean know what an utter dumpster fire your life is in case you ever need to beg a professor for an extension.

You’re already there and have lost all sense of self-preservation. You’re especially grateful that they’ve stopped checking bags as you leave because you feel less judged for the fact that you stopped at C’est Bon to buy 2 bottles of Andre that are now shoved into your backpack to power through the thesis chapter you’re turning in late. There’s no way it’s pure coincidence that there’s as many flavors of Andre as there are Gen Ed requirements. Hopefully you have more word vomit than actual vomit. Might as well let those floodgates down because you definitely won’t be the only one: The librarians of Lamont are actually about to drop the hottest mixtape of 2017 that’s really just a compilation of the snores and sobbing of undergraduates. However, beware burrowing into the depths of Widener’s stacks for your crisis because chances are you won’t be the only one about to bust. 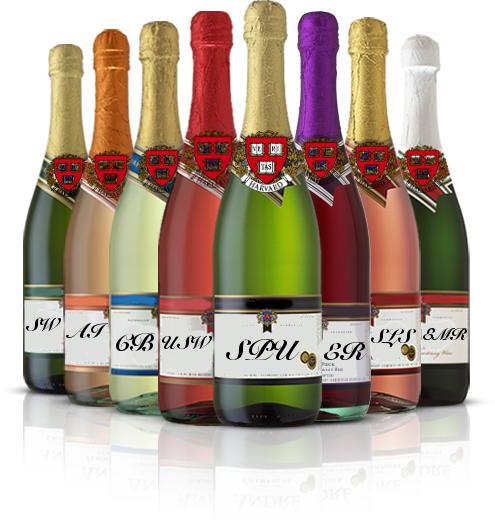 On the Walk Home from the Review Session:

Even if you have a hard time chewing gum and walking at the same time, or chewing gum and crying at the same time, nothing can hold you back from combining the age-old acts of walking and crying. Face it: you don’t have games on your phone and calling your mom would only cause more stress. You could even multitask by listening to the playlist of break-up songs you made to get you through finals because the sad reality is your classes have now broken both your heart and your will to survive. There aren’t many other productive alternatives to make use of those 15 minutes you’ll spend walking back to your room, all the while imagining how all your problems will somehow disappear immediately upon removing your pants.

There’s no shame in a last-ditch effort to regret all of your life decisions leading up to this moment. If you cry hard enough, the tears may even cause the ink to smudge and invalidate the exam! Those long nights in your house library combing through notes that didn’t prepare you for this test will help you understand exactly what Coldplay meant when they said, “When you try your best, but you don’t succeed.” Unfortunately, you get what you want but not what you need: you can finally get enough sleep to make up those ZZZs but at the cost of a few Ls and no As.

Yeah, those extra credit questions may have scored you some points with your TF but just wait until they see your tears. You thought the key to making it out of this class in one piece was actually making it to lecture on time, but in reality you just needed to flood a struggling grad student’s office. They may seem much more grounded than you, but that’s mostly because gravity’s effect on you is directly proportional to the amount of student debt you’ve accumulated.

No matter how you feel going into finals, just remember that you’re going to make it to the other side and be able to make memes about the experience. Especially for first year students stressed about their first college finals, it’s important to emphasize that you’re stronger for your struggling and it builds character. For the sophomores still trying to get a grip on what the sophomore slump has done to them, all I can say is It Gets Better. At some point. Probably. Maybe. Hindsight is 20/20, and so is your graduation year no matter how much coffee you needed to even make it to your final on time.

Hunter Richards (hrichards@college.harvard.edu) is hoping the stale bread HUDS left out for Brain Break can double as a life raft to keep her head above water while drowning in finals.