Though the occasion is a competition of words, there first must be a celebration of numbers:

In preparation for what would come to be a one-night-only performance put on by nine performers, director Gregory Lipson ’20 read Spelling Bee four times over this past summer, in what could essentially be called another Reading Period. In a process dubbed as The Four Reads, he recalls, “The first one is just reading without any ideas or just reading to enjoy. The second one is to start noticing big themes. The third one is really to start noticing characters. And the fourth one – that’s when you really start thinking about your own specific vision.” It was then he set his sights on his goal as director: the transformation of the spellers.

To which I say, consider the goal fulfilled! For as I collapsed on my futon after the two hours spent in the stiff seats of Lowell Lecture Hall, I found myself scrambling onto the Search bar of Spotify to stream the soundtrack, already somewhat nostalgic for all of Spelling Bee’s quirks – from pigtails to magic feet to Caprisun for eliminated guest spellers, given out by community service volunteer Marge (Jackie Walzer ’21). And yet, I couldn’t help but uncomfortably realize that the performance I had just witnessed was one entirely exclusive from the likes of its soundtrack. The previous cast recordings now sounded starkly – and frustratingly! – impersonal. 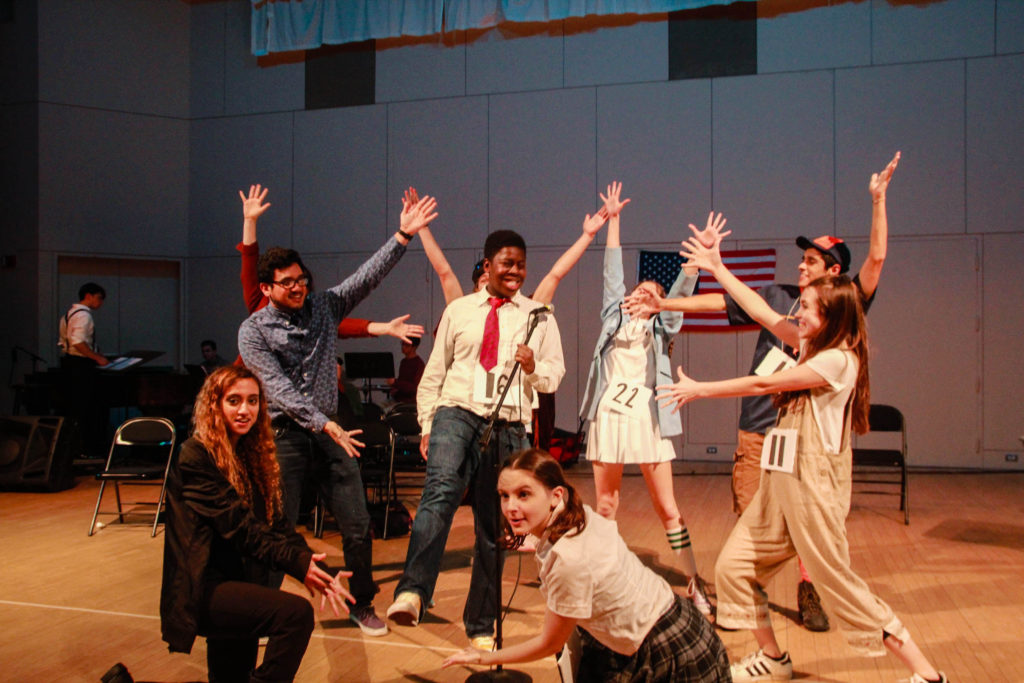 There should be nothing about a middle school spelling bee that parallels life here at Harvard. The two could not be more dyssynchronous. And yet, discordance is the very rhyme and reason of Spelling Bee. Imperfect spellers strive for the same title of Victor, the same trophy – desperately grasping for any tangible proof of perfection. And once the trophy is finally in the grasp of Barfée (Derek Onserio ’21), he hesitates. He considers misspelling the word he needs to win. He glances at Olive (Sophie Bauder ’21), the one who will come in Second Place if he chooses to spell his word correctly. She encourages. He reconsiders. He spells – correctly. Panch (Jonathan Castillo ’21) cries, “We have a winner!” He receives his trophy.

And no one wins.

Because the winning word is Weltanschauung, which means a certain perspective on life – a personal or communal philosophy. And with Olive’s resignation from winning and her pushing Barfée to earn the title, the original prestige attached to the trophy is relinquished. Paradox ensues. Chip (Mikaël Scaramucci ’21) cannot spell due to distraction. Leaf (Ben Topa ’21) spells even farther than he thought he could. Marcy (Laura Frustaci ’21) misspells… purposely. Schwartzy (Molly Peterson ’21) overcomplicates – instead of simplifying – the spelling. Olive could have won, but instead passes the torch to Barfée. No elimination is truly from an incompetency of skill. It was rather from the discovery that it is impossible to conform competency to a trophy.

The Spelling Bee prized no particular personality, as perfection is the one word that cannot be spelled out.

And so, inevitably and unmistakably, a middle school spelling bee does parallel life here at Harvard. 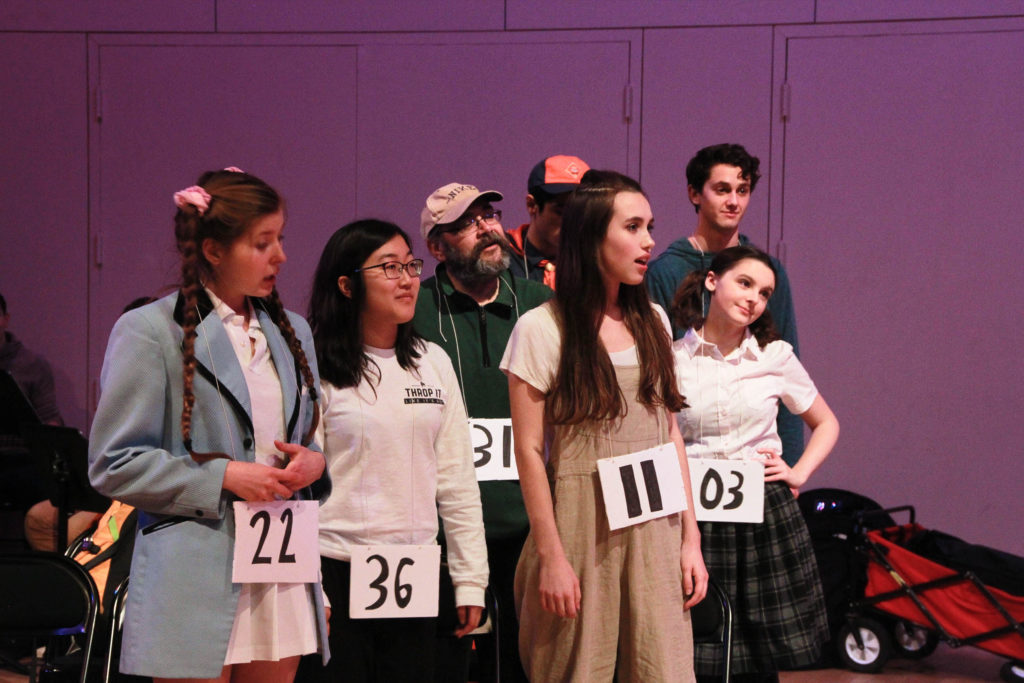 Lipson emphasizes that the all-freshman cast was deliberate. Though the intention was to give freshmen an opportunity to play fulfilling roles, the age group is rather fitting for the subject matter at hand. After all, freshmen are always the ones who succumb to the plague of existentialism. Now a sophomore, he articulates, “I remember – last year, first semester – just thinking to myself, ‘What is this place?’ ‘Who am I?’ This big existential question of, ‘What’s going on?’” And yet, ironically so, Lipson discovered the answers in his acting seminar. Despite acting being an art devoted to being anyone but yourself, his acting teacher emphasized that the key to the art is being no one but yourself.

And so, this is precisely the reason why I had the peculiar and unfamiliar experience of not longing to be collapsed on my futon, headphones on, soundtrack seeping into my subconscious. It was bizarre, the fact that I yearned to be back in the stiff seats of Lowell Lecture Hall. But what those nine freshmen did was remarkable. They wove their own dynamism within the stagnant memorized lines of the musical. It was this dynamism that was indicative of both their characters’ and their own transformations: the original goal of Lipson, now accomplished. And as Rona (Olivia Graham ’21) would say, those were my favorite moments of the bee.

In the levity of a spelling bee resides the gravity of the importance of reinventing ourselves, or as Lipson puts it, “think[ing] of [our]selves in some new way” – a philosophy that sounds uncannily, perfectly similar to the bee’s “winning” word.

Marissa Garcia (marissagarcia@college.harvard.edu) confesses that the extent of her spelling talents begin and end with Spell Check.