Breaking my mother’s heart only cost $120 but was still much cheaper than therapy.

The old saying goes, “Sticks and stones will break your bones, but words inked into your skin breaks-your-mother’s-heart-honestly-how-could-you-do-this-to-your-family.” You can try to keep that ink to yourself and hide it from all the parents and potential employers you encounter, but it’s almost like they’ve got a sixth sense for picking up on secret body modifications. It doesn’t matter how well I can design building structures or how well I calibrate scientific instruments or if I make it to class on time (which, to be fair, I don’t).

After asking me the meaning behind my tattoo, people often ask why I positioned the Slaughterhouse-Five quote upside down. It feels almost obvious to me but ultimately the quote was meant for myself, and I wanted to be able to look down and read it. I can barely read what my professors write on a 5×10 chalkboard 15 feet away from me, how am I supposed to enjoy upside down writing without it becoming a chore? Although it may have looked more aesthetically pleasing to others if they were able to read Vonnegut’s words without me contorting my lower arm around to reveal it clearly, this tattoo wasn’t meant for others.

Every morning, I woke up to rays of sun sprawling over my left arm, highlighting the black ink within my skin. The dark ink felt as if it could soak up the warm sunlight and leave me feeling full of gold. During a period of time where my body felt too heavy to carry it out of bed, seeing those symbols of resilience got me through it. After a reminder of my own mortality, I took a step back and reconsidered more than just whether an interviewer turning me away because my tattoo played a strong role in my life.

“I really like your tattoo.” Whether the sentiment was shared by an admired professor, coworker, or mentee, it left me feeling filled with sunshine yet again. Although most people immediately tell me why they could never get a tattoo after seeing mine, it doesn’t make me regret my tattoos at all. But hey, I now know about more than a few people’s struggles with their parents for bodily autonomy, or interview stress, or how they’ve never felt strongly enough about any single thing to want to remember it every day. 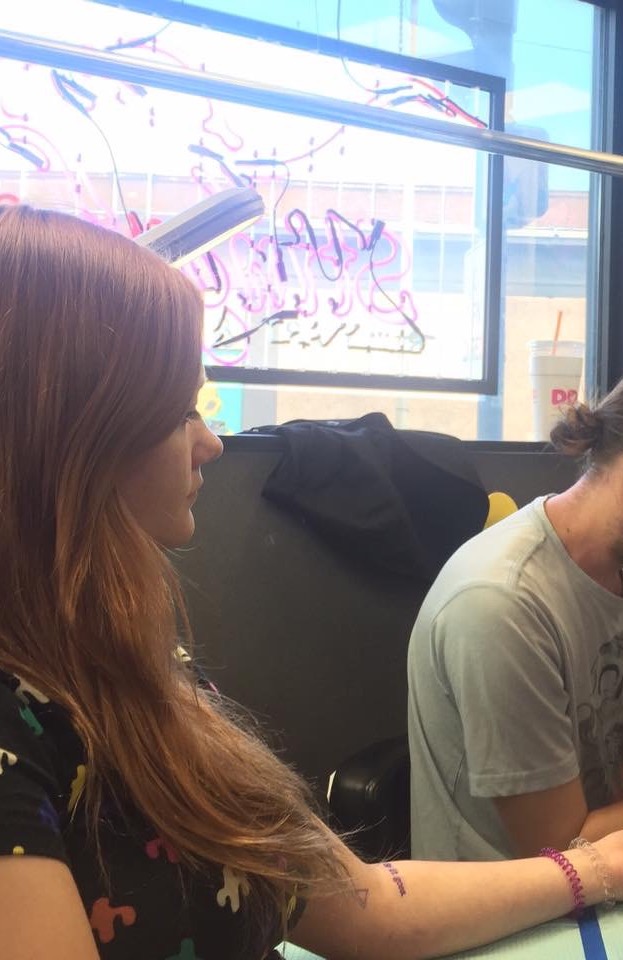 I admit, I’ve repurposed the heavy concealer previously reserved solely for those aggressive dark hickeys only excusable as a messy freshman to cover up my tattoo. While I don’t regret the tattoos and still get excited seeing them walking in between busy classes, the black ink doesn’t always color-coordinate with formal dresses as well as I could have hoped. Primarily, the dark triangle and quote near my elbow are harsh reminders of how painfully pale I’ve gotten since the temperature dropped below 75 degrees. So, since Monday of this week (thanks @Global Warming).

The world is much bigger than me and so much has happened since having spent 2 hours having a grungy man drag a needle carefully over my arm in a small building on a slower corner of Allston. Perhaps it’s because I’ve resettled into a new field that’s more accepting (maybe environmentally focused people have bigger concerns with the inevitable heat death of the universe) or that I’ve become the type of person others would just expect to have a tattoo in the first place, but whatever the reason I’ve enjoyed receiving more support than criticism for my ink. Nothing will top the professor who told me he loved my tattoo during office hours, or the guest lecturer who compared their own ink to mine during class, or the professional mentor who asked which tattoo shop I got mine done at to see where the youths are heading for body modification these days. I love my ink, and I’m excited to hear that others I admire do, too.

Hunter Richards (hrichards@college.harvard.edu) is currently brainstorming her next tattoo, coming the next time her thesis has her extra #REKT.