For the first time in recent memory, a coalition of 28 activist and identity-based student groups released a voter guide for the Undergraduate Council (UC) election that deals with a sweeping selection of issues, and shows the candidates’ positions on these issue. Among these student groups are such recognizable names as Native Americans at Harvard College, the First Generation Student Union, and the Harvard Islamic Society – clearly a diverse set of groups.

For the reader’s reference, a few of the issues in the guide were wheelchair accessible buildings, gender-neutral housing, institutionally-supported cultural centers on campus, reproductive health services, and the establishment of a formal ethnic studies concentration/department. Interestingly, the candidates all agreed on every issue – but one. Of course, that issue was the implementation of sanctions on USGO members, with Cat encouraging sanctions, and Conor and Vic opposing sanctions or penalties for USGO members.

Now, there is something quite reassuring in so many varying groups of the Harvard community coming together to support each other; its especially remarkable that the voting guide seems to be focused more on the creation of resources to accommodate students than the advancement of each specific group’s mission.  And it really is surprising to think that all of our candidates are in such agreement, no doubt Yale and its denizens would look to the Harvard community as beacon of hope for what could be.

While Harvard has a certain responsibility for inspiring hope in those who dwell in hell on Earth (still Yale), we also have a responsibility to the entirety of our community to ensure that they have an environment where they are able to thrive and engage in discussion, to prepare them for the world beyond our gates. It certainly seems to this reporter that the manner in which this coalition went about preparing the questions and fleshing out the platforms of the candidates for students to be informed is a good step in the right direction. After all, it would be terribly ironic if this college, so renowned for its government concentration, had a mass of uniformed voters in the student government election, wouldn’t it? And it shouldn’t only be these student groups who are involved in keeping candidates transparent and accountable – as overwhelming as midterms and classes are, we should all take the time to be involved in shaping our future and influencing how the world views the merit of our education. Perhaps we will see this continue and grow as a norm with UC elections, as candidates are constantly pressed to show what their presidency would truly mean for the Harvard community, and why it is more than a glorified popularity contest.

This guide does signify one important departure this year: students believe in the power of Undergraduate Council offices. The apathy and fun made of the student elections a few years past is a part of another trend – one that fits with a more light-hearted context. However, national political turmoil has seemed to call to attention the need for voter involvement at every stage of the democratic process. Therefore, the simple fact that there is demand for such an election guide indicates increased interest in the actual and highly relevant platforms of the candidates. In time, we might expect to see this student involvement continue in even more innovative and fascinating ways. 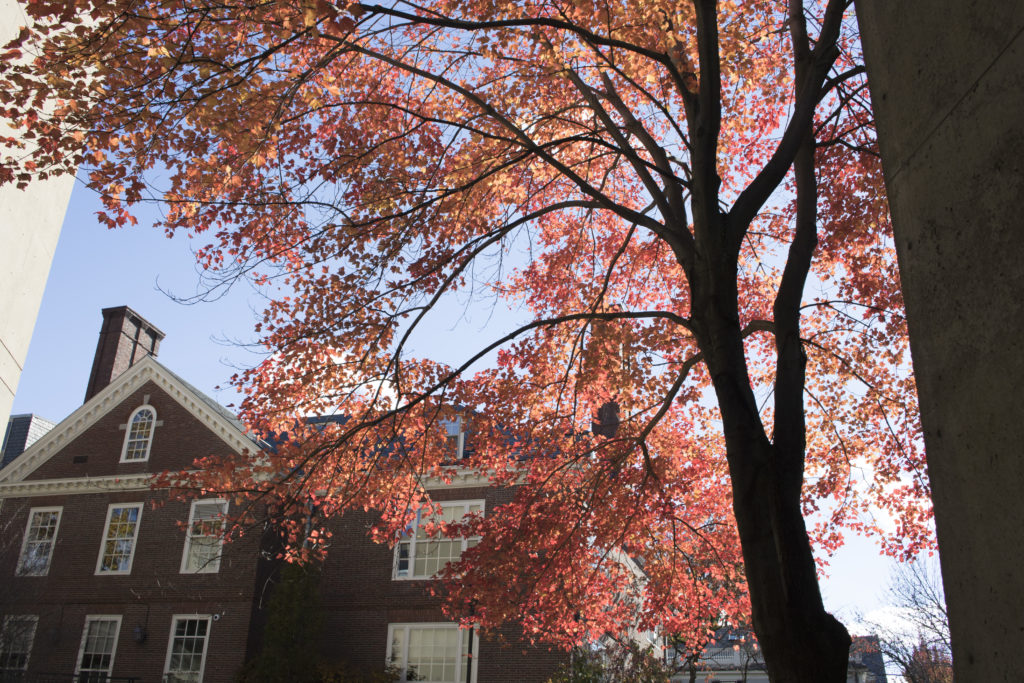 Lastly, of course, everyone knows President Faust’s time as reigning University President is soon coming to an end. And one can only hope that similar, or even greater levels of student interest and involvement will be seen as Harvard chooses the successor for our current President as well. Ideally, the successor will be able to take into account all of the evidence for increased student awareness and involvement in order to address not only the multitude of issues affecting our campus but also those issues that our community has the power to affect as well.

As the coalition sets a new precedent in UC elections by releasing this guide, we look forward to its reception and influence over the results.

Malcolm Reid (mjreid@college.harvard.edu) applauds the dedication to student government and campus causes that motivated the creation of this guide.