“I wish I had just gotten one of the easy costumes – like Native American!” Hearing friends discuss the costumes they were assigned to wear to Halloween events by their sports teams and organizations on campus, I started to remember Harvard is a bubble. Except, I was the one about to burst.

Unsure how to address such comments, I struggled against the acidic feeling in my stomach. I tried to make jokes, saying that they could have just asked to borrow my clothes if they wanted without needing to do it to dress like a Native American. Maybe if I reminded them that Native Americans still exist – that countless generations of attempts to wipe us out hadn’t worked – they would remember the group existed outside of a week during elementary school history classes right before Thanksgiving. The people writing history books don’t look like the people whose stories are being misrepresented.

The especially concerning Halloween costumes include those reinforcing harmful cultural stereotypes, assumptions regarding gender and sexuality, and poorly communicating sexual expression. As a minority student, it is hard to forget that Harvard wasn’t built for us. Based on gender, sexuality, race, class… the institution wasn’t created by or to be filled by us. The oldest institutions have darker histories than anything you’ll see shown before reaching convocation. After the 2015 Yale debacle concerning culturally insensitive costumes, college campuses became more responsive to critiques that they weren’t supporting their minority students. Erika Christakis, a former Harvard faculty dean and, at that time, Yale residence hall administrator, sent students an email advocating for freedom to disregard potential offense or insensitivity when choosing costumes. With the recent uproar regarding “political correctness” and “fake news,” it is especially important to recall these moments and the following demonstrations advocating for free speech in cases where there’s harm or offense being laid on an already marginalized group. 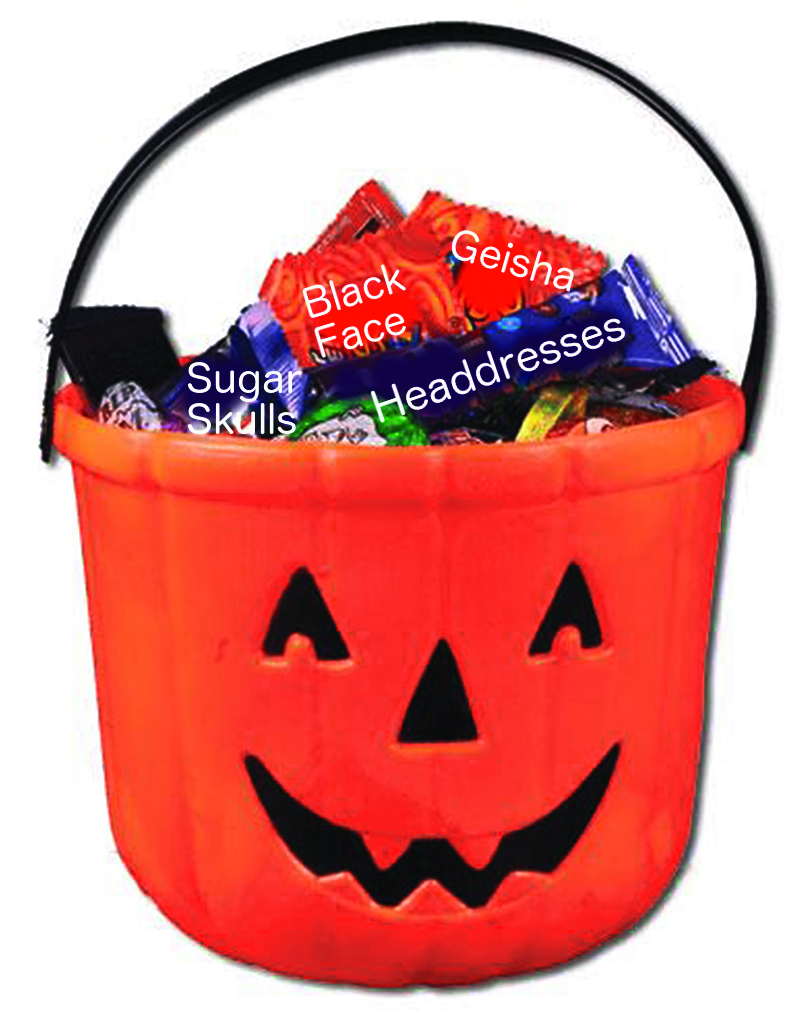 In past years, “A Happier Halloween for a Happier Harvard” sought to raise awareness for cultural appropriation via Halloween costumes. However, without a continued campaign this year, campus has seen a lack of events and opportunities for conversation regarding the potential for costumes to marginalize and harm underrepresented minority groups. The campaign, managed by the Race Relations, BGLTQ, and CARE Proctors with the FDO, included anonymous submissions from Harvard students regarding their personal experiences as well as social media presence emphasizing the importance of consent and respect.

As strict as Harvard’s Ad Board threats are, cultural appropriation doesn’t raise alarms. Native Americans are often easily forgotten: Blame it on the low population that leaves the group too small to be counted in many collections of data, or blame it on the country’s own foundation built on destroying them. Those headdresses you see at music festivals, the mention of “spirit animals” on everyone’s Facebook feed, the use of dreamcatchers to market just about anything from companies pandering to teenagers. You could root for the Redskins football team in the same month that Native Americans were being hit with rubber bullets and tear gas while protesting the Dakota Access Pipeline. Every day, Native American students walking through the yard are reminded that Harvard once erected an Indian College to “educate” Native Americans in attempts to destroy their own cultures and replace them with European practices and norms.  With dorms named after slave owners and the former title of “House Master” given to the premiere administrators, students don’t get to forget.

On a campus with its own troubled past, it is important to continue raising awareness and creating spaces for discussion about cultural appropriation and the continued marginalization of minority groups.

Hunter Richards (hrichards@college.harvard.edu) looks forward to seeing her peers become more informed so Halloween can be more treats than tricks.