How meritocracy operates as an attractive illusion in American culture.

It was December 12, 2016, around three o’clock in the afternoon. I was sitting in my dad’s classroom – he was the only teacher for my high school’s Theory of Knowledge course – which was a requirement for me to earn an International Baccalaureate Diploma. We were in the middle of presentation season and one of my friends was just ending the introduction to her topic material when a notification popped up on my phone: “One new message, Harvard College Admissions Office.”

When I had learned that I had been accepted into one of the highest-ranking universities in the nation, I was obviously excited. It was the culmination of everything I had worked for throughout the course of my high school career and the embodiment of everything that my friends, teachers, and family had hoped for me.

But, excitement was quickly overtaken by fear. I did not come from an upper-class background. My dad attended state school and my mother had not finished college. I was a lower-middle class public school kid. I could not see how I would be able to fit in at a school comprised of both the brightest and wealthiest students around the world.

“You’re a kid who busted their ass off to get in. You’re a scholarship kid. You’re there off of merit. You’ll be fine.”

I came to Harvard with my father’s words in mind. I was here because I had worked hard. I deserved to be at Harvard. I was an underdog. It was not until I began to really take note of what advantages that my peers at Harvard and I had that I started to question my own narrative.

Meritocracy, at its core, is a system that is defined by people being rewarded for their talents. It is supposed to be a system that operates outside of the realm of the arbitrary, countering discrimination by solely evaluating people by their merit and what skills they have been able to cultivate, regardless of their personal identities. It assumes that everyone is born with some set of skills, and if you work hard enough you will be able to rise amongst the ranks and earn prestige and fortune. 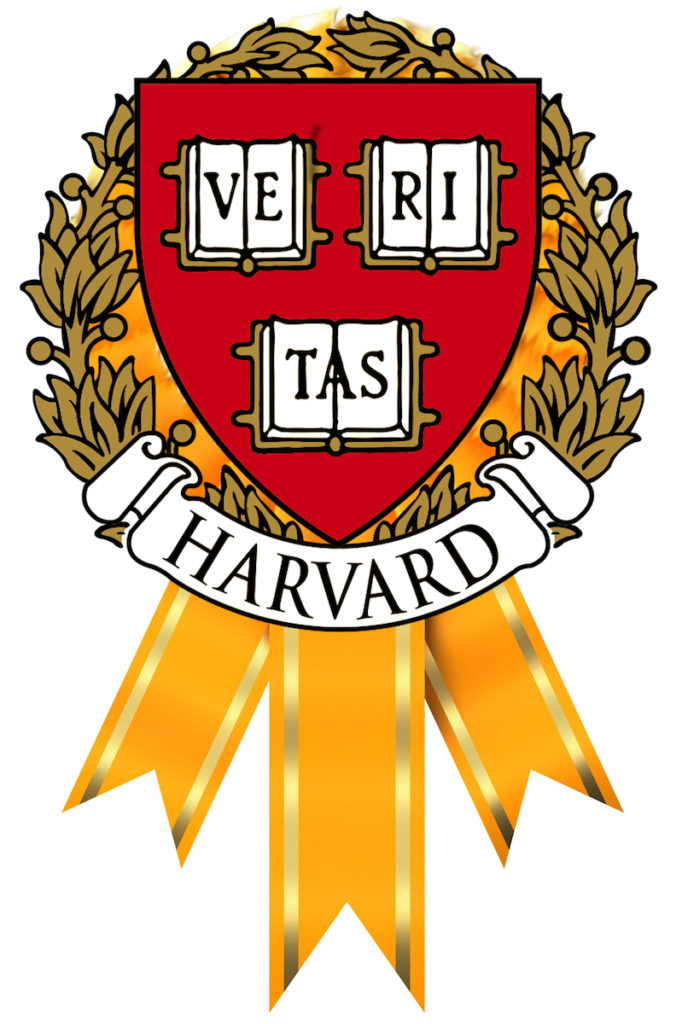 Meritocracy feeds your ego. That is what makes it so difficult of an idea to let go. But unfortunately, like most things that sound too good to be true, meritocracy is only a myth.

The issue is that meritocracy assumes an equal playing field that simply does not exist. It assumes that everyone has access to opportunities to cultivate merit and thus advance through the ranks. This cultivation is usually something that is most often acquired through education. You work hard in school to gain the skills to be able to earn a position in a well-paying career, and those that are the most meritorious will then be the most highly paid. Nonetheless, despite the fact that meritocracy is meant to avoid prejudice, aspects of personal identity become a huge factor in getting ahead.

Education is the gateway to competing in a meritocratic system. The failure of the system is quite obvious: individuals born into privilege, with economic resources or powerful social connections have greater access to educational opportunities that allow them to cultivate merit. Meanwhile, those born into lower-income classes face greater obstacles in accessing a decent quality education.

An article published in The Atlantic in February of last year, written by Janie Boschma and Ronald Brownstein, gives a picture as to why. Citing a study conducted by the National Equity Atlas, students in lower-income, predominantly minority communities, have significantly less access to quality schooling and have average graduation rates of around sixty-eight percent. The reasons for this relate to the economic conditions of their communities.

Poverty is intergenerational: it is passed down the same way wealth is passed down in the upper classes. Children who come from lower-income communities have access to schools with less funding, which makes it more difficult to attract high quality teachers or administrators. Meanwhile, parents of low-income families often also have lower levels of education and less social capital. This makes it more difficult for children in lower-income communities to have guidance navigating through systems like college application processes and obtaining connections that may help them get into schools or jobs that middle or upper-middle class students have access to through their parents’ social networks.

Already, a sizeable portion of the American population is locked out from any system that would allow them to cultivate the type of merit that allows for upward mobility within a meritocracy. But this is only one small part of what makes meritocracy impossible. Factors like disability, emotional trauma, family issues, or a mere lack of economically valuable social connections can similarly affect even economically well-off students, and entrenched systems of racism and prejudice can make it nearly impossible for minorities to advance in economic opportunity, even if they receive good schooling.

Looking to a more concrete example of how false structures of meritocracy are propped up, we need only look at Harvard. There have been many thought pieces published recently about how Harvard fails to deliver on its promise of a meritocratic admissions process. High competition for a small number of spots makes it appear that truly only the most talented will be admitted. Though Harvard touts its holistic admissions process as being the key to admitting only the most deserving of students, it is hard to believe that those who worked the hardest also just happen to be the richest in the nation. According to data published in The New York Times in January of this year, roughly sixty-seven percent of Harvard students come from the top twentieth percentile, with the median family income across the college being $168,000 – more than double the national median income.

This makes sense. Activities and stats that look good on college resumes are often things that require money and know-how to access. Many students who are more economically advantaged have the ability to go to college prep classes to boost their scores on standardized tests to fit college requirements. Those who come from well-funded schools are able to participate in more intensive extracurricular activities that look good on applications, or have access to well-trained counseling staffs that help students apply to colleges and often have connections to admissions officers in high-ranking universities. Those with parents who have earned degrees themselves have access to more social connections that may prove valuable in learning about schools before applying, or getting internships that make them more attractive applicants. And, of course, those who have family who have previously gone to Harvard have legacy status, and their applications are given extra consideration.

That is not to say that the majority of students who are currently attending Harvard did not work hard to get here, and this is not to diminish their accomplishments. It is to say, however, that hard work looks different across economic lines, and someone being rejected by Harvard does not necessarily mean they did not work as hard, or were not as talented as someone who was accepted.

I want to believe meritocracy exists. I want to believe that I got into Harvard because I, in some capacity, was simply a harder worker than other applicants. But, to cling to the ghost of Horatio Alger not only discounts the amount of luck I have had in my life (a supportive family, a father who understands the college application process, and the economic stability not to worry about my livelihood during high school), but continues a culture centered around a competition to which only a small number of people actually have access. It continues a culture in which we are encouraged to view people as deserving or undeserving, and where leaders can justify homelessness by grouping them into the latter category. Meritocracy perpetuates a culture in which I simply cannot be complicit.

Segan Helle (shelle@college.harvard.edu) hopes that everyone finds a way to involve themselves in conversations regarding their position at Harvard and challenge oppressive power structures.