Speaking with exuberant energy and a measured musicality, Amanda Gorman rifles through her latest journal, a treasure trove of what she considers “delicious” words. It’s one among the others she has collected for each year since the second grade, that detail both “the pettiness and the poetry” of her life. Angulate, veins, sprawl, thighs, droop, inches, and drag are among the words Gorman limns in her “word boxes,” selections from poems she reads that eventually serve as fodder for her own.

Her own exploration of language is motivated by a democratic spirit. “What I’m really drawn to are poems that resurrect words that are on the fringes of language. And I don’t even necessarily mean words that are particularly elegant and long; I’m talking about words like ‘plum’ or ‘mollusk’[…]these are not words I use in my day-to-day English language, but they hit you as simple as stones – now I’m doing a poem,” she trails off, laughing.

In composing her poems, she thinks expansively about her role as a national figure. As she wrote “American Lyric,” which she performed at the Library of Congress, she “wanted it to feel like an American poem, meaning it was something that could be understood from a wide array of cultures and also a wide array of geopolitical moments.” 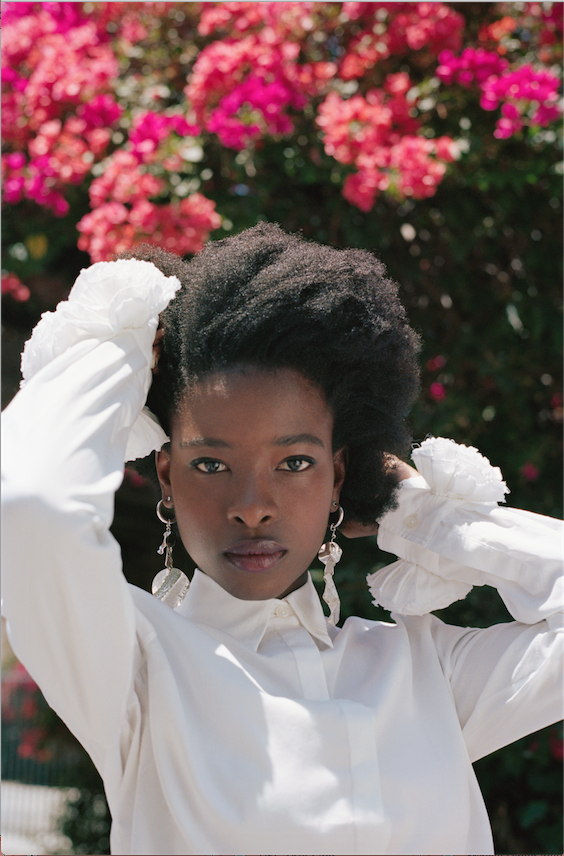 Gorman’s activism never blossomed apart from her development of language; from a young age, her mom would demand that she make feminist and diversity arguments for movies she wanted to watch, like The Cheetah Girls. And her fearless inquisitiveness about the world’s social politics was further nurtured in the “social-justice oriented” elementary, middle, and high schools she attended in her native Los Angeles, where one final assignment prompted her to “change the world.” She launched her precociously singular literary ambition in the third grade, after being struck by the magic of metaphors in Ray Bradbury’s Dandelion Wine. And this interest in the plurality of words manifests in the way she talks about reconciling a speech impediment with spoken-word poetry.

“I would have to change what I really wanted to say because I couldn’t say the words that fit the poem the best,” she says.

On campus, she invests completely in the present moment, mining her life’s every corner for beauty and wonder. Asked if her world became smaller after settling in Cambridge, she vehemently asserts the opposite.

Cambridge is “an oyster of intellectual and artistic thought, throughout history,” she marvels. “I am always brimming with gratitude for being in that space. My world has gotten so much bigger. I look up at the sky and this openness is what it feels like to be here.”

She marvels, “I am literally passing over the land and the hills that were some of our nation’s battlegrounds. So being physically and mentally in this space that has constructed our country, it is impossible for me not to feel that the possibilities are endless.”

She pauses in joyous reflection, and then launches into a joke about Annenberg’s imposing and nearly indistinguishable statues of important white men, and her goal to return to Harvard later with enough clout to contribute to that stately community, or at least to champion the inclusion of more people of color and LGBTQ figures.

Gorman leads with her insatiable passion for learning; as the first Youth Poet Laureate, she revels in the freedom to more or less tailor her campaign to involve more public discussions than performances. She wants to be, “the one who’s being educated. I want the country to speak to me as much as, if not more, than I’m speaking to the country.”

She particularly enjoys speaking with middle school girls of color, weighing in on their travails with self-consciousness and “misguided, unwanted attention.” They don’t ask so much about Harvard or her accomplishments, as much as about how she became so confident in herself and her own beauty.

“I hope that through workshops, one poem at a time, I can help girls begin on that journey of truly understanding their own pricelessness,” she says.

Gorman connects with students through Instagram, and has already uplifted so many, but humbly jokes about her own petty concerns and anxieties about school. Yet she seems to constantly think beyond herself, believing fiercely in the colorful possibilities of the general human community.

“The poets who are existing now, the people who have come before me, and the people who will come after me – I imagine them as this swath of people rooting for me to manifest goodness.”

The National Youth Poet Laureate Program is an initiative of Urban Word, an award-winning youth literary arts and youth development organization, in collaboration with local youth literary arts organizations across the country; and championed by the leading national literary organizations, including the President’s Committee on the Arts & Humanities, the Academy of American Poets, Poetry Society of America, PEN Center USA, Cave Canem, and the Library of Congress. See more at www.youthlaureate.org.