“Can’t, busy,” I heard, over and over again, to the same question I’d been asking around my house for the past few hours: “want to play IM ___ tonight?” The blank could have been soccer, volleyball, or any number of intramural that Harvard offers, but regardless of the sport, the answer stayed the same. Of course, I wasn’t planning on playing either – I, too, was busy.

With just a single friend heading across the river to the stadiums that Thursday night, it became clear that intramurals, the supposed casual way to continue an interest in sports while taking a break from everyday bustle, seemed just as much a burden as a chance to step away. Here, I take a step back to understand why students play and don’t play, where they get the information for events, and what they wish was different going forward.

In hopes of better understanding the nature of IMs, I conducted a brief survey, asking several students from each House how they feel about their respective IM setup and whether they themselves were active participants. Students were allowed to choose multiple answers for reasons they did not attend: “Too busy with schoolwork” and “too late at night” were common answers in tandem (70%), with most students just starting their work when IMs begin in the evening. On the other hand, “I’m terrible,” or “I suck at sports” (37%) remained a fairly common answer, seemingly counter to the purpose of IMs at its roots. Finally, when asked when the next IM matches were or where, only the students who regularly participated had any idea of where, when, or even where to look to find out. 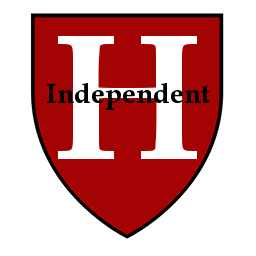 This speaks to the intrinsic nature of IMs and their purpose. Although intended to appeal to any student remotely interested in sports or just looking for fun, the casual participant seems to get left behind, with little idea of when, where, or how events are happening. Most students (85%) said that they would love to participate in IMs at some point this year, and came into the year hoping that they could play a quick match or game here or there. But just like classes, IMs appear to be intimidating to add weeks or months into the year, and it is easy to fall behind fast. My roommate tried the other day: “Soccer, 30 minutes that’s it, can’t afford much more.” Come evening, the same statement turned into: “When is it again? Wait its across the river? Maybe next time I guess.”

In direct contrast, a student in Kirkland quickly pulled up a saved link on his phone, revealing a Google calendar with dates and times for each event. Synced to his regular calendar, the games he wanted to play fit neatly between classes, club meetings, and dinners. The wide variance in dedication to IMs, however, doesn’t fit the general interest; almost everyone wants to play at some point, but the desire for the games to be much more accessible still exists. Taking a broader approach, blocking groups tend to react enthusiastically or uninterested as a group. This however, tended to alienate those individuals who were interested in playing, but had a blocking group largely uninterested – suggesting that there might be alternate ways to get groups of people involved.

The football game and tailgate this weekend are campus unifiers – opportunities to invoke the spirit of one school against another; House against House, however, presents a new set of challenges in trying to gather interhouse competition and incentive. Regardless of complaints or praises, and whether the solution is more structure or less, the state of IMs is not of disarray, and instead definitely one of open potential to bring a campus together.