All good things must come to an end. Here I am pondering whether it was better to have HBOGo and lost, or to have never HBOGone at all. I know it’s not quite over yet but I know I’m not going to be ready September 15th when I lose you. Waiting until the first round of quizzes was truly a Phi-low blow. I never appreciated the queue of Game of Thrones episodes enough, or pretending that I cared about any other current TV shows besides Game of Thrones while scrolling through the web page after logging in.

I take back all the complaining about the double log in, along with the accompanied Duo validation (as if I cared if someone stole my identity – I’m knee-deep in a thesis, good luck being me). “Remember me for 30 days,” was a more flimsy promise than any claim to “catch a meal sometime,” I’ve ever heard. I didn’t mean any of that; I was just irritated at the Harvard Secure WiFi logging me out every 15 minutes.

What am I supposed to do now? Pay for my own Netflix? As if. Do you have any idea how much time I comped being friends with my freshman roommate so that I could use her family’s Netflix account? Does it look like I have that kind of energy anymore? What’s next, am I supposed to actually KEEP HULU after the free week trial? Don’t get me wrong, I know how to illegally stream things online. That’s not the point! After all the late nights doing homework, after all the extra money I paid on Thanksgiving Break tickets — because Harvard doesn’t believe in giving the Monday and Tuesday off of that week — after all the swai my body struggled to digest freshman year… And now you’re telling me that Harvard has forgotten me?

Harvard snatching away HBOGo and Philo from me was the real wake-up call. The audacity of waiting until the campus was full of undergraduates again before dropping that bomb was almost as petty as Rakesh blocking the Spee on Instagram (which is still unconfirmed but like, not unrealistic, right???). I can’t decide whether it was a gift of giving us until the end of Season 7 to remind us to stay humble or the best way to catch our attention. The warning time before the end of HBOGo was shorter than how long it takes for the online streams take to buffer. Daddy Faust giveth and Daddy Faust taketh away.

Is this because I opened my laptop and signed into Canvas but then immediately closed the tab and opened up HBOGo? Was this a message that I’m supposed to be watching lecture videos instead of LITERAL DRAGONS? No offense, but whomst cares about David Malin’s cult and his DJ that much? Can you really blame me?

I’m doing my best. It’s been a long-time coming but it’s clear that the loss of our dearly beloved HBOGo and Philo were the sixth of seven signs of the apocalypse. We lived through mumps, we overcame through the Harvard-Yale loss of 2016, we persevered through the announcement that Harvard Time was slated to end, we rallied through the blizzards, and we survived the dining hall strike (and provided for our staff!). The recent outbreak of Hand, Foot, Mouth disease was a warning to keep us on our toes (and fingers and teeth) during these end of days. My computer is preparing to run into more viruses than the typical Harvard student does just being back on campus. 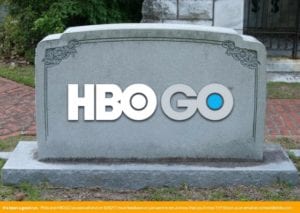 RIP, HBOGo and Philo. You won’t be forgotten. But my login password, as always, will be.