By senior year, I’m retired from my wild days. Or, more accurately, I’m just plain tired. I’ve finally grown into the title “SWUG,” or “Senior Washed-Up Girl,” and it fits better than the first pair of leggings I bought in college that convinced me to toss all my jeans out.

Personally, I believe that “SWUG” is not fully inclusive. For starters, “Senior” implies that I haven’t been entirely done with this institution (both Harvard and the practices of “going to college” and “existing”) since I stepped foot onto campus during Opening Days. I also take issue with being called “Washed-Up” when we all know I haven’t washed my hair in a couple days, but let’s all continue to focus on how well I am pulling off this headband or braid. I also want everyone to recognize that I’m not “Washed-Up” because I’m a girl, and not all girls are “Washed-Up” by graduation. There are more than two genders and more than a million excuses for why I’m not showing up to lecture.

Luckily for the author’s sake, this column is all about me and what a hot mess I am. After four years on more than low heat, plenty of roasting along the way, some especially salty stages, and switching up the recipe for available substitutions, I’m proud to announce that dinner is served. Except, instead of burnt grill order hamburgers, it’s me. And I’m not necessarily dinner, even if I am looking like a snack sometimes. Most importantly, I’m about to make these leftovers last for the next two semesters and you’re all invited to dive on in after saying grace (but I also accept gratitude in the form of Venmo). 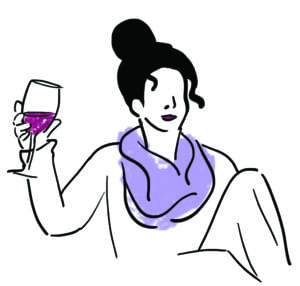