Performers we don’t have to wait for.

There’s only a little over a week left until Yardfest, but the College Events Board has yet to announce who will be performing. We haven’t felt this played since Frank Ocean strung us along until giving us hope with that livestream of him building an Ikea desk. With all the rumors of who might be coming or who might have canceled, it’s not hard to understand why Harvard students have so many trust issues. While we’re all starting to feel like Yardfest is a social experiment or that past years may have been a collective fever dream, we still want to have some optimism that we’ll get another college-wide event for which to get trashed. In the event that CEB falls short and can’t provide, the Indy has some ins. Here are some of the potential Yardfest performers we can get on the fly.

That little digital clock they’ve had since middle school sure does have pipes. After sharing a double with them freshman year, there are now some sound frequencies you can no longer pick up on from prolonged exposure. You heard it going off just this morning at 8 am, and it held strong until noon when your roommate finally admitted they weren’t making it to their 10 am today either. Forget any rumors about the artist canceling – this lil’ bad boy has been going strong without fail since your roommate started denying they weren’t a morning person during orientation and have yet to admit they’ll never wake up early to go for a run.

Okay, maybe electronic isn’t exactly your thing but after your last Gen Ed you can name all of Canvas’s albums because those notifications are the most reliable aspect of your life. This is more emo techno than anything, but only because every time you hear the notification you die a little more inside until you’re back to feeling like a sad middle schooler.

The dull roar of final clubs

There’s nothing like the sound of a school of salmon shorts swimming upstream through a river of spilled beer to get you riled up. Do you think they’re called boat shoes because of how much alcohol they can take on without capsizing? They’re first album, “ Who Do You Know Here,” is still a classic and their singles, “Sorry, Our Grad Board Said No” always get the crowd going.

The resounding roar of Khurana about final clubs

His most famous single, “The Mission of the College,” may not be your favorite but you have to admit you bumped his album, “Transformative Experience,” alone in your room during finals last semester. Some of his recent work, like “Bridge Programs are for Every Other Peer Institution” and “—*” (*Pronounced “silent” or “nonsensical,” like how he is on questions of why he isn’t more supportive of first gen, low income students) is really taking off. You’re allowed to nod along because some of your closest friends are in final clubs and gave you permission. Just make sure to keep it on the DL and name the playlist you put his tracks on something discreet, like “Bridge Program.” 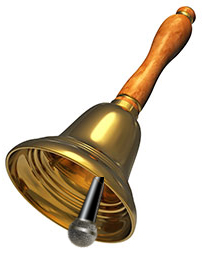 Memorial Church’s Bells at 8:40 am even though you don’t have class until 11

Talk about bringing the hype – nobody could fall asleep through a performance from the most consistent reminder that some people actually like to see the sun rise. If you thought people were pissed when the Chainsmokers were rumored to be performing, just wait until people get word about this shit. Nothing can unite a group of people like a shared hatred for early wake up calls.

The Shuttle pulling away as you run after it

There’s a certain “whoosh” that the shuttle has as it accelerates away from the stop you just got to. Maybe it’s the blood pumping in your ears as you chase after it, or maybe it’s just your conscious scolding you for taking the extra 3 minutes to steal enough oranges from the dining hall to give you scurvy immunity in the case of another dining hall strike. Will whoever, or whatever, performs at Yardfest stack up against this list? It’s a wonder CEB hasn’t made an announcement when these options already exist!

Hunter Richards (hrichards@college.harvard.edu) wonders if Khurana will hold a Town Hall on this newest of controversies.