Harvard-Yale weekend: The scores of the last 9 years, the confidence that rocks Harvard, and the passion with which we support our team; within just months of being here, freshman have been swept up in the whirlwind that has led up to the weekend that is November 18th. But for a significant portion of current Harvard freshman, they could just as easily have been the ones on the bus or train, coming here for the first time. 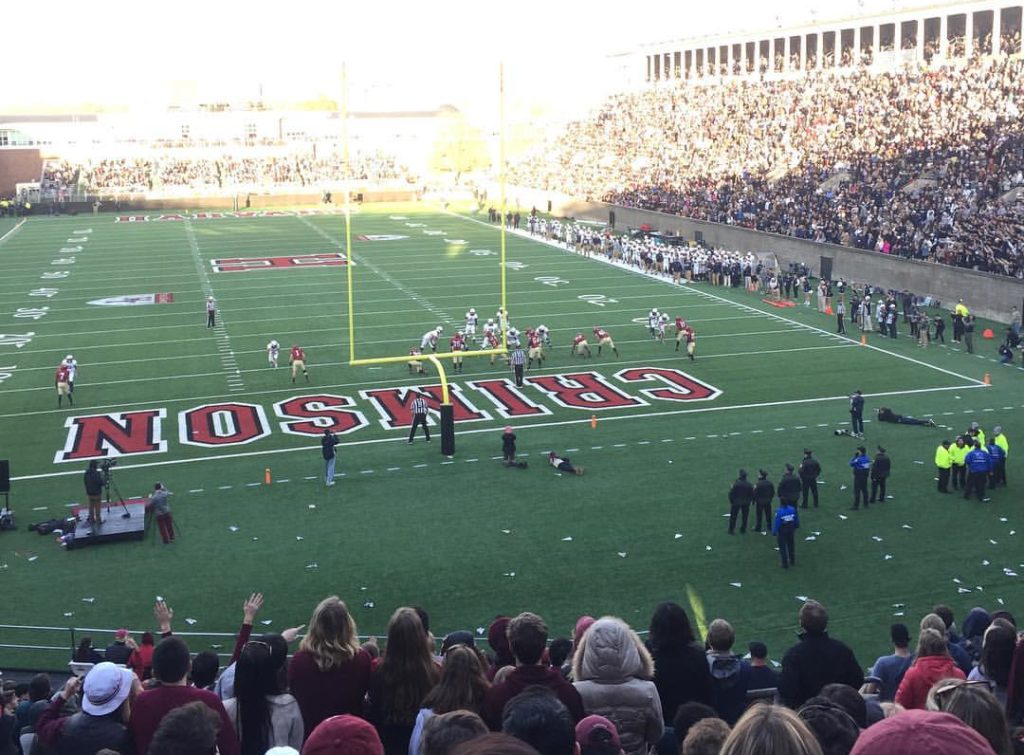 The cross-admits: Ranging from those who only applied to two schools, to those seeking admissions success across all the Ivies, and those purely interested in both schools. There is nothing that distinguishes such individuals from their peers; the classes, stress, parties, jokes, and school pride are all still the same. It is easy to forget, however, that for many, an external factor, outside of their control, is the reason they are not making the trip here, rooting for their team. When looking across the stands, the divide across the field may seem huge, but the real distance comes down to much more practical, real factors.

We compare Harvard and Yale all the time – and as students here, the answer is obvious, every time. Now that we are here, actually living in the dorms and surrounded by the Yard, the good, and the bad, of Harvard are easily apparent. But what about those few for whom Harvard vs. Yale was more than a football game. It was a major life decision for the coming four years and beyond. How do we make decisions when the culture and life at Harvard are so distinct, and the school seems just as foreign and imposing as Yale? I asked those around me, my friends and classmates, about the choice they made, and how they made it.

How many times have you been asked why you chose Harvard? For myself at least, it’s a devilishly frustrating question – and the constant explanations eventually turned into just rote rhetoric. So I asked for just one word for why Harvard over Yale.

Money. Distance. Boston. A specific major. etc. The same reasons, repeated over and over again, in different ways and forms. This weekend, more than any, seems to highlight the differences between the two schools, and regardless of the rivalry, the competition and showmanship seems to rise to a whole new level. But when examining the students who had the opportunity to choose one over the other – a decision that transcends any rivalry – the results clearly show that external factors, unrelated to the character and heart of our schools, are a large part of why we are here.

I reached out to friends at Yale – those who chose Yale over Harvard – just to get another perspective. The reasons varied, but centered around the same themes – money, major, home. The reasons were almost the exact same as the ones students gave here, and the sense of elitism that often appears to put one school over the other quickly falls apart. The comparisons between Harvard and Yale are completely valid; most center around academics, culture, atmosphere, and the overall impressions and impact of the schools. The comparisons of students, however, tends to fall short. There is a fundamental difference in schools, but the fundamental character and motivations of the students in each remains the same. The excitement and competition this weekend are things I have been looking forward to for a long time – the atmosphere and general buzz that has been building up is incredible. But when the students for Yale arrive, the campus will not differ quite as much.

Tushar Dwivedi (tushar_dwivedi@college.harvard.edu) is looking forward to cheering the home team this weekend!