By The News Editorial Board

Count on the Indy to venture where no other campus publication will.

Earlier this semester, as the Executive Board brainstormed potential new issues, our roving minds collectively drifted towards the issue of drugs and body modification. No other publication, at Harvard or elsewhere, had attempted to quantify the reach and depth of these often-discussed topics in a campus setting. The counter culture movement is said to be a young one; we were interested to see how it manifested itself on the young and bustling Harvard campus of 2016. 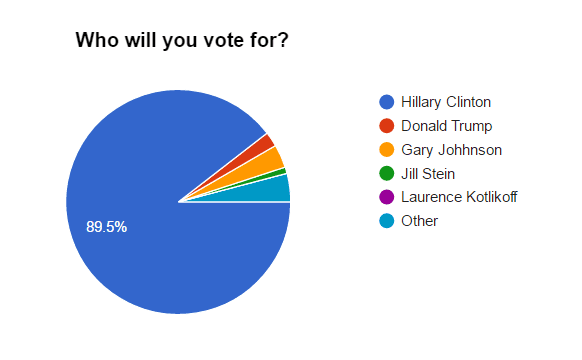 A vast majority of the respondents – 90%, to be precise – reported supporting Hillary Clinton in the Presidential elections, with just 14 individuals or 2% of the total respondents supporting eventual President elect Donald Trump. An average survey respondent was most likely to be moderately liberal and extremely non-religious. 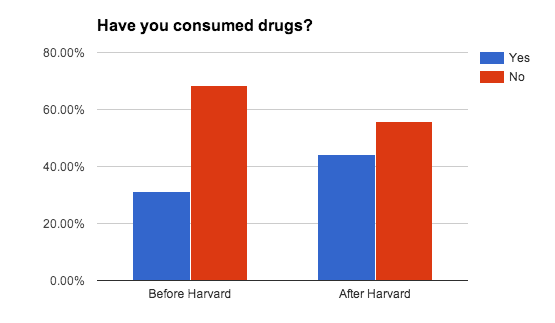 Only about 31% of the respondents had done drugs prior to arriving at Harvard. After they arrived on campus, this number jumped to 44%. Residents of Dudley House and Kirkland were most likely to have consumed drugs. Visual and Environmental Studies (VES) concentrators led the way when it came to concentration-wise drug consumers, either before or during Harvard. VES was closely followed by History and Literature concentrators.

Marijuana was the most likely drug of choice for these students, with meth and heroin being the least likely. Only 1 and 3 respondents have consumed meth and heroine respectively in their entire life. 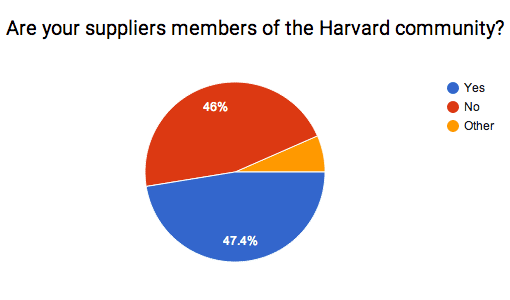 Harvard students aren’t chronic drug consumers, though. A vast majority, nearly 49% of those who had taken drugs after coming to Harvard reported having done drugs only 2-5 times since having come to Harvard. It was interesting to see how the supply networks operate: for these students, the suppliers were almost as likely to be members of the Harvard community (47%) as not (46%). 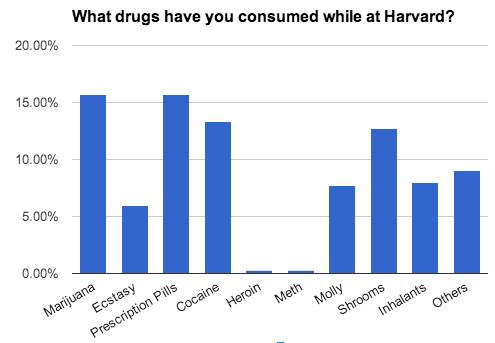 It was hard to reach a consensus for what might be the going rate for drugs bought while at Harvard, suggesting that these prices might be a function of individual relationships, gender, ability to negotiate etc. For example, the price per ounce of weed varied from $90 per ounce of weed to $260 per ounce.

A majority – 57% of the survey takers – supported the legalization of both medical and recreational marijuana. This is in line with broader trends. Various states, including Massachusetts, voted to legalize recreational marijuana in the November 2016 elections, although reports have suggested that it might remain banned on the Harvard campus 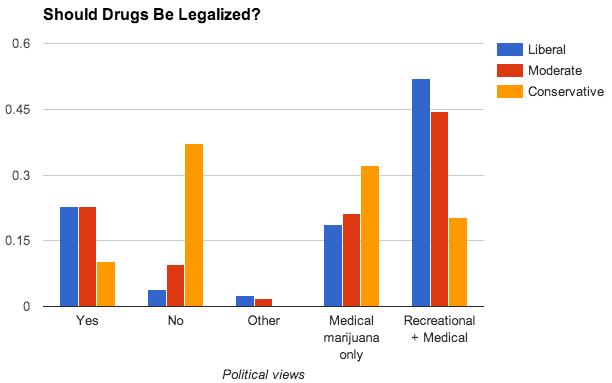 As for body modifications, ear piercings were the body modification of choice for most survey takers (44%), including both “traditional” ear lobe piercings and other piercings. Tattoos lagged far behind in second place, with only 7% of respondents reporting having some form of tattoo on their bodies.

LQBTQ+ individuals were much more likely to have body modifications excluding ear piercings. These include tattoos and non-traditional hair styles. 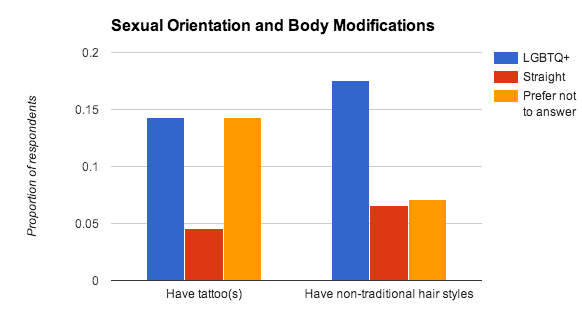