On National Coming Out Day: a reflection.

I never could make up my mind about anything: not dinner, not what outfit to wear for formals, where to go for dinner, or what song to put on during car rides. But, contrary to popular belief, being bisexual has nothing to do with a failure to make up your mind. It’s not that I don’t know whether I like girls or boys, because, being the master of multi-tasking, I like to think I can actually do both pretty successfully. 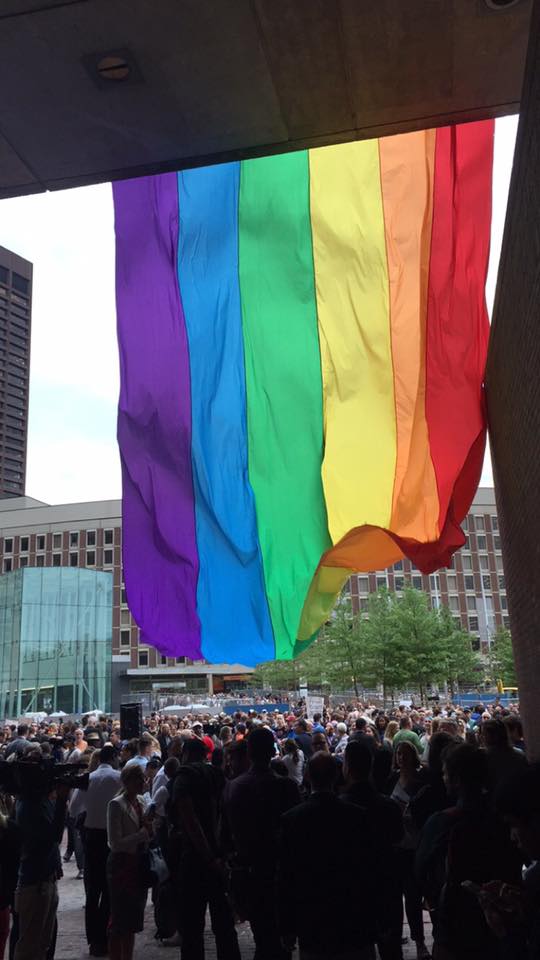 Arriving on Harvard’s campus freshman year with confidence and some ideas of who I wanted to be, I thought that college would be my fresh start. But I had not made it a whole month into my freshman year before I began to hear ignorant preconceptions and perspectives about the identities to which I felt closest – yet was unable to claim. I feared that I would never be free to open up about my sexual and romantic orientation, especially since the accepting community I thought I had joined failed to live up to expectations. The moment someone in my entryway told me that she felt lucky that she wasn’t placed with a queer girl in the freshman housing system, I packed away all my emotional and mental baggage so well that it rivaled my ability to organize a freshman Canaday double with the biggest bed risers on the market. While I was able to keep my concerns from resurfacing in conversations out of fear that I would be revealing myself and ruin the friendships I had developed, it ate away at me.

Hiding my sexuality did not mean I was not subjected to microaggressions. Certain conversations led me to quickly change the subject – a tactic I had become accustomed to growing up in a conservative, rural community. But at the end of freshman year, I met a girl from MIT who I really liked. It took precise planning for me to find a time to go on a date when my roommates would not ask where I had went, in addition to subtly suggesting we meet on her side of Cambridge to avoid seeing anyone I knew. Despite my careful planning, I happened to pass my freshman proctor while walking with my date. I immediately tried to stand towards the shadows of the sidewalk and look less like myself. While heteronormativity usually precludes the assumption that I am on a date with a girl – and my proctor was openly gay – I wasn’t ready to face reality. I knew I was queer from an early age, but it took me some time before I was ready to let anyone else know.

I quickly realized that it was not feasible to stay closeted whilst entertaining any potential-relationships, so I succeeded in sabotaging all possible connections. Coming up with excuses for where I was headed and always checking over my shoulder while on dates put too much stress on me. It was not only relationships with other girls that proved difficult to navigate, though. I had learned through early experiences of talking to guys that many may not be respectful and instead see it as a “fantasy” of theirs. My fears of being commodified compounded with the possibility that that guys I dated might also deny my sexuality entirely left me in a nervous wreck. But sophomore fall, when the boy I was seeing told me about how his awful bisexual ex left him for a girl, I felt something in me break…and I erupted.

National Coming Out Day fell during a busy week of midterms and the weighty eruption resulted in a good old fashion Facebook proclamation. Though the post was restricted to only people I had met at Harvard, it was a momentous step. I quickly began receiving messages from friends letting me know that they loved and supported me.

But there were still many who refused to admit that the only thing straight about me was my eyeliner. While my mom has always known and wasn’t surprised when I officially told her, other family members and friends from home who found out later on were not supportive and said many things that hurt me. But their comments left me with this bitter need to be even happier and more comfortable in order to show them how wrong they were.

It was this need to proclaim my newfound comfort that allowed many people to trust in me as a confidant about their own issues and experiences with sexuality and relationships. While I may have been putting on a front to appear more happy than I truly was, I have since become much more comfortable and confident in myself because I realize I can help others and serve as a positive influence. It was a long road for me to understand my sexuality – of which I still stand by as being fluid – but now that I’ve learned how to figure it out it has been an amazing experience helping others. In the almost-year that I’ve been openly bisexual, I’ve had over a dozen people confide in me that they were questioning and many of them soon felt comfortable coming out themselves. 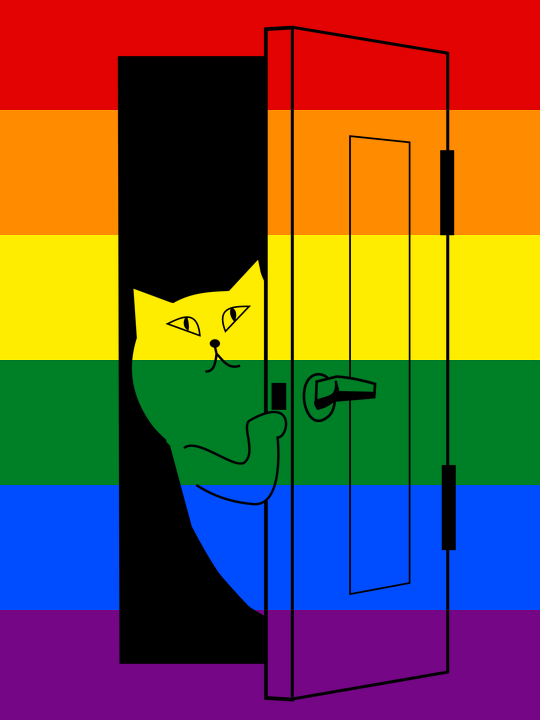 This past year has been the happiest time of my life because I’m finally free to open up without fear of revealing my identities. Previously, I did not feel safe being openly queer, but when I came out it was my choice and only mine. For those who may not yet understand exactly how they feel most comfortable describing their orientation or are simply not sure if they are ready to tell anyone, the process is entirely valid. I would only ever urge you to love and take care of yourself during a tumultuous journey to self-discovery. There should be no deadlines or expectations in the sorting out of feelings and identities.