A conversation with the director of The Submission.

On Friday, September 30th at 7:30pm, Adams Pool Theater played host to the staff, producers, director and audience of The Submission. This production is more than a one-way storytelling and invokes the participation of the audience through talkbacks immediately following the performance. The play, originally written by Jeff Talbott and first published in 2012, centers on the story of Danny and Emilie. Danny is a white gay man who has submitted his play about a struggling African American family to a preeminent arts festival under a name he thinks will give the play better chances of production. Emilie is the black actress he has hired to pretend to be the pseudonym playwright. As his play continues into production at the festival, an intense and nuanced conflict emerges between these characters.

The Pool production of The Submission is directed by Carla Troconis ’19. The Indy sat down with Troconis to discuss the reasons behind her direction choices and the complicated message she hopes to convey at this very poignant moment in cultural and social relations on campus and in society at large. Troconis, a member of the Latinx community herself, is interested particularly in the discussion surrounding intersectionality. The question of intersectionality’s value and role at Harvard has been brought to the forefront of discussions lately with the controversy of the Queer Students Association’s recent policy vote. However, Troconis was initially drawn to The Submission because it tells the story of “two people who are members of [different] marginalized groups who still deeply hurt each other.” Troconis thinks that it is important to be an “ally for other marginalized groups” especially at Harvard, where micro aggressions and lack of accommodations “make people feel discriminated against.”

The text of the play is unusual in its discussion of race, sexual orientation, and discrimination because it does not present it as a binary issue. In Troconis’s words, “it is unlike what I’ve seen before in pieces regarding how we talk about racial discrimination and sexual orientation” in that these topics are usually “explored through pieces on majority versus minority.” 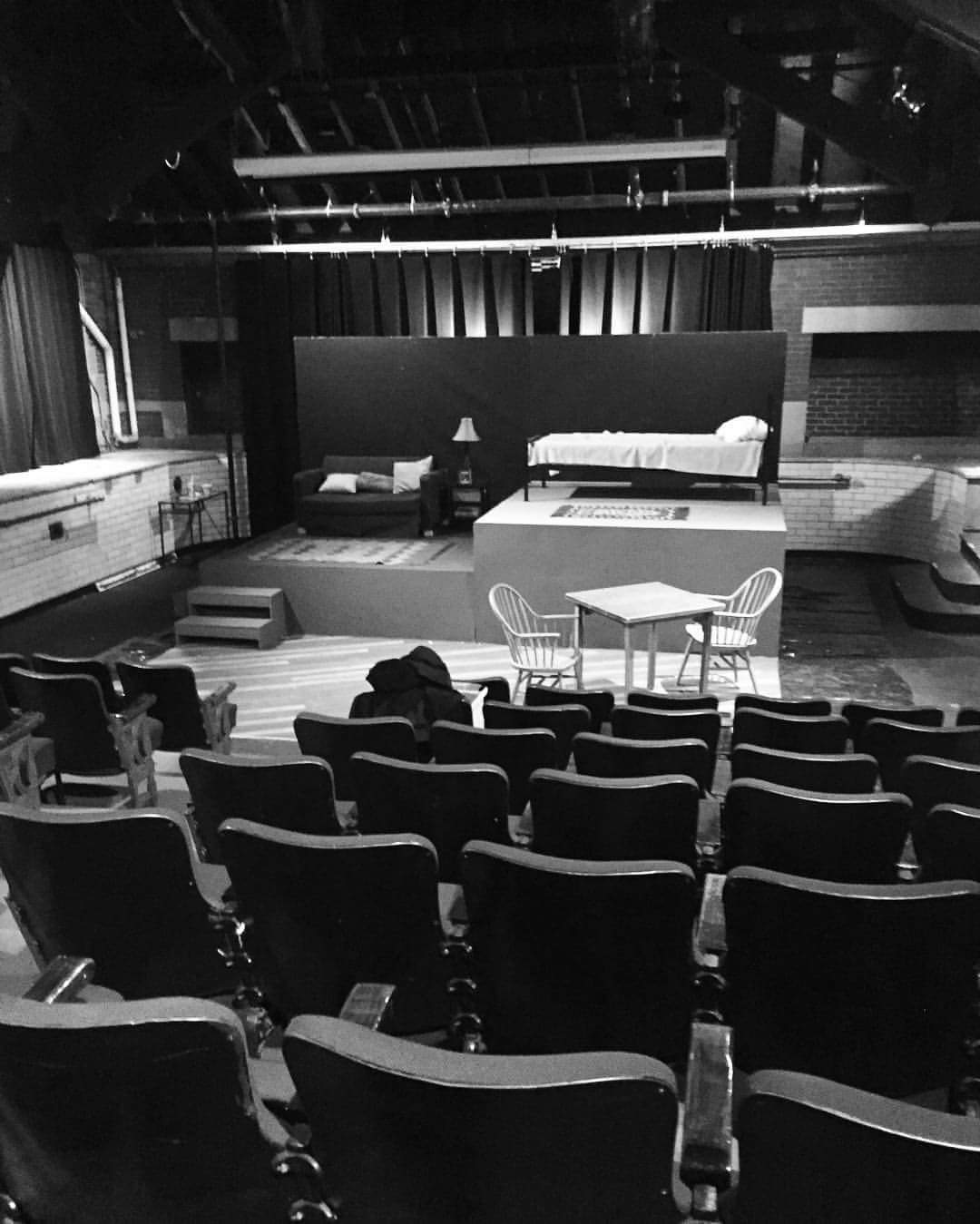 The text of the play is able to present an unusual discussion, in part, because it uses shocking and uncomfortable language. There is a content warning posted on the publicity images for the production. Troconis confirms that the entire staff and production team agreed to put forth this content warning. Troconis stated that she does not want any one viewing the play to have a “traumatic and unhealthy experience” because the “text and language is rough.” These aspects of the play are meant to shock the audience, but not in a superficial way. Troconis is deeply motivated to convey a particular message to the audience. She wants the language to “mirror aspects of society” and force viewers to think about these troubling issues in their own lives.

At the same time, Troconis emphasizes that it is good to be shocked by this language because it means that one is a sensitive and compassionate person. The director purposely excluded the use of the specific lines of the text with rough language and harmful slurs until only the last week or so of rehearsal. She “did not want people to become desensitized,” while maintaining a “safe rehearsal space,” in which she was very “careful about the subject matter.”

Once one is aware of the nature of the subject matter and enters with an open mind, Troconis believes that the important message can be understood. Troconis wants to “portray the ugly reality” in which marginalized groups live. She hopes that people will come to understand that, “just because we are oppressed does not mean that we can’t be problematic and oppress other groups.”

However, Troconis is mindful of the fact that theater is subjective and that is one of its greatest features. Audience members may have differing thoughts on the matter and are invited and encouraged to voice them during the talkbacks. These talkbacks will include the entire production staff, cast, and crew along with the show’s community liaison Nicholas Whittaker and a graduate student moderator.

The performance, moderation, and transformative experience of participating in both will take place in a very fitting setting. The Adams House Pool Theater is a unique performance venue in any production, and this case is no different. According to Troconis, the “starkness and sparse nature” of the space “helps create a hyperrealism” that is important to the grittiness of the show. This grittiness will not leave the audience content and affirmed but uncomfortable and thoughtful. The Submission, in that sense, charges to the heart of the nature of art and theater’s role in shaping contemporary society.

Caroline Cronin (ccronin01@college.harvard.edu) encourages readers to see the show this weekend in the Pool and to come prepared for a thought-provoking experience!