Are the examples we set worthy of our reputation?

The Harvard Summer School has a long-standing reputation of protecting its students, particularly those still in high school taking courses on campus during the summer. However, protecting these visiting students from the traditions that Harvard students have rarely questioned and that many will have completed by the end of their sophomore year is a different matter.

On the second to last Friday night of the summer school program, recent-high-school-graduate Tyler Greene failed to resurface from the Charles River after jumping from Weeks Bridge as part of fulfilling one of the “integral” Harvard traditions. While this may not be one of the three most frequently recognized traditions, it still remains a prominent practice of students in their freshman year. Many times, students arriving early on campus will use the time when campus is in a lull, with fewer students and no classes, to jump from Weeks Bridge.

Students may find their time at Harvard to be academically, socially, and even physically demanding. Harvard undergraduates are held to a certain standard not only by the University itself – into which only 5.2% of applicants are accepted – but also by the public, which has formed its own preconceptions about such students. The backlash and discourse that, respectively, Harvard’s Sex Week and Campus Climate Report have spurred shows just how closely scrutinized Harvard and its undergraduates are by those outside of the University. The Academic Honesty Policy that the University has instituted is made to serve as a model not only for its students but for peer institutions as well. With these pressures on students and the College itself to guarantee an incredibly high moral and academic standard, it is understandable that traditions arise based on quick, harmless thrills right here on campus.

However, these traditions are not harmless so much as they are irresponsible and poorly reconciled. In order to remain the hardworking leaders that were accepted into an elite university, students used to being in constant control of their own lives may find the brief lapse of responsibility to be exciting and to solidify their status as true Harvard students. There is no purpose in completing these traditions other than that of following in the paths of elder students before them. For prospective students looking up to Harvard undergraduates, this can be dangerous. 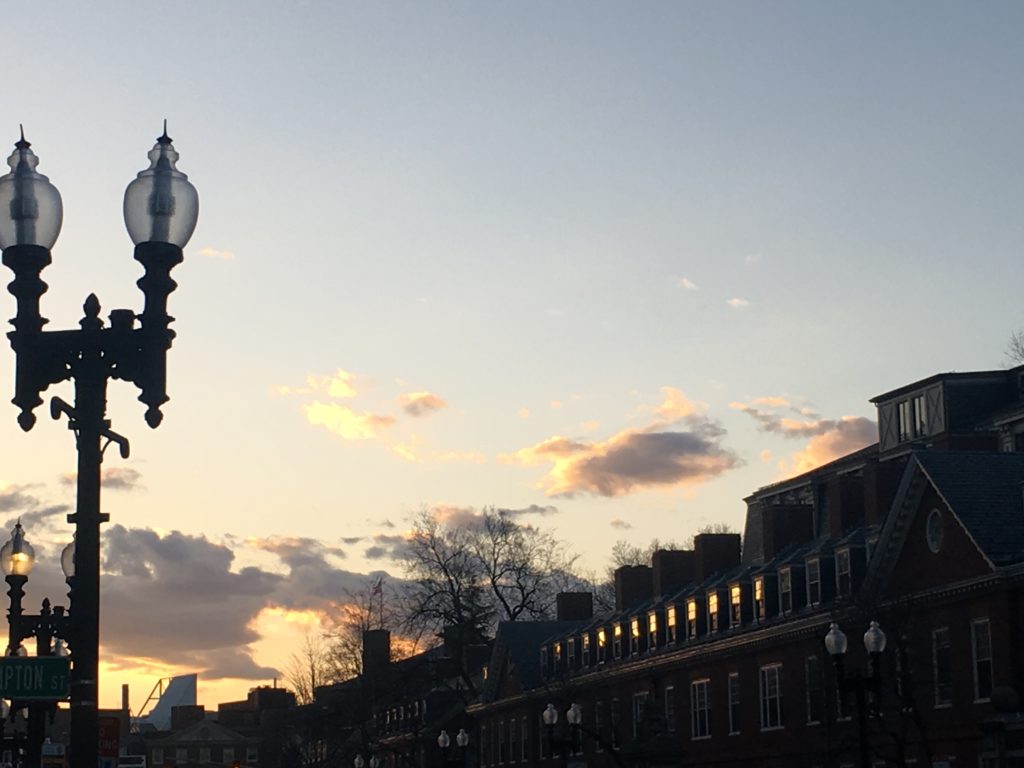 Jumping from Weeks Bridge is dangerous in many respects. The Charles River is a moving body of water, and its potentially powerful undertow was likely a factor in this summer’s drowning. The undertow can force swimmers beneath the surface where they are unable to escape the deep stream current. The water quality itself is also a safety concern. Civilians are prohibited from swimming in the Charles River, facing hefty fines if caught, due to the long-standing history of pollution and the toxic state of the river. Well-educated Harvard students should be more conscious of how their own disregard of health codes sends a message to the public that these standards are of little concern. This can discredit the multitude of scientific studies and awareness of the current pollution affecting our environment, including on campus.

The three additional Harvard traditions, which are outlined in various media consumed by incoming freshmen and disseminated throughout the student body, are almost ubiquitous. Visiting high school students on Harvard campus tours will often ask if these traditions are true, having heard about them from elder peers or from researching colleges. While Harvard students acknowledge that these traditions exist, it is not a topic that is often discussed, at least not frankly or in detail. Perhaps this is because the traditions themselves lack any merit, and they are profoundly disturbing at a fundamental level.

Tour guides for the admissions office are often asked why the John Harvard statue has a golden foot as tourists rub the shoe, unaware of the true secret to its polishing. The mere fact that Harvard students struggle to discuss the tradition of peeing on the statue should indicate the tradition’s lack of taste. Not only is it disgusting to imagine the number of students who have climbed atop the statue that tourists travel from around the world to visit and take photos with, but attempting to complete the tradition is dangerous. Students often perform the task intoxicated, which makes the roughly 9 foot climb to the top risky. The constant flow of non-Harvard persons through the Yard could even make the act a potential public incident of sexual harassment.

Again, this is a potential incident of a public sexual offense. While students may find it harmless, patrons of the library (including Harvard faculty, fellow students, or others granted access to the stacks) are disrespected by the act. Interrupting a couple as they complete the tradition in the stacks is an appalling experience that one should not be expected to tolerate. The library staff that re-shelves books, checks the stacks, or assists patrons should not be hesitant to enter the stacks because of two suspicious patrons who entered previously. There also remains the matter of who is responsible for cleaning up after the tradition. While public sex may be a thrill for some, libraries are not usually the go-to rendezvous point because – usually – people have a certain level of respect for libraries and all who enter them.  An additional question remains how much enjoyment is really gained from silent sex had while leaning against a row dusty, dirty, old, books…

The desire to run through the center of campus without any clothing on with hundreds of your peers, while tourists stand outside the gates snapping photos and Dean Khurana makes announcements, on the night before finals begin is not unique to Harvard students. While each university may have its own name for the event, it is a common occurrence amongst college students to release their stress and frustrations nearing final exams by stripping down and running around alongside their equally stressed classmates. Although this tradition may involve the most nudity and has the most public nature, diffusion of responsibility makes it a more common occurrence than the other, more conscious, acts. Perhaps it is the crowd mentality that makes Primal Scream unite the undergraduate population regardless of class year, concentration, house, final club affiliation, extracurricular, or other arbitrary demographics that currently divide Harvard College.

A visiting student passing away while taking part in a Harvard tradition begs the question of what standard Harvard students do and should continue to set, whether consciously or not. As students of one of the most prestigious universities in the world, which endows us all with the reputation of being well-educated, intelligent, and influential, we are in a unique position. Not only do younger generations look up to us, but peers and elders respect and acknowledge our accomplishments. This leaves us with influence and, as such, we set a high standard and those who admire us will imitate our actions. We must ensure that the standard we set is one we can be proud of – one that doesn’t endanger those who follow in our path.

Hunter Richards (hrichards@college.harvard.edu) hopes the memory of Tyler will be honored by the examples we set going forward.